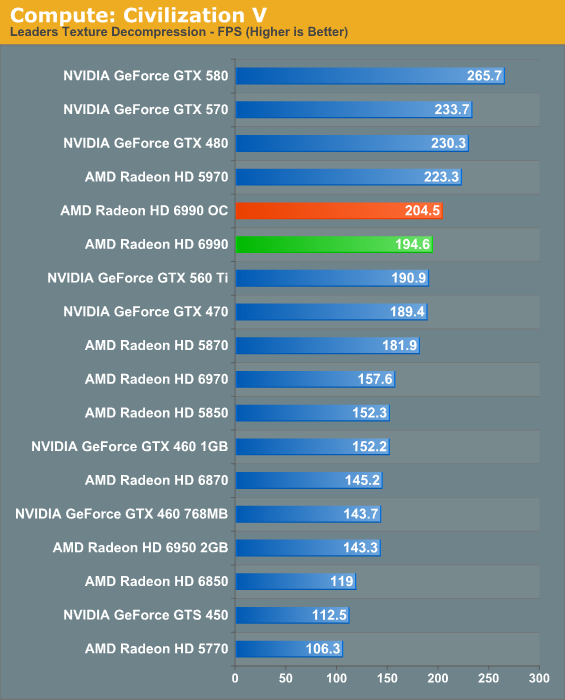 New as of Catalyst 11.4, AMD’s performance in our Civilization V DirectCompute benchmark now scales with CrossFire at least marginally. This leads to the 6990 leaping ahead of the 6970, however the Cayman architecture/compiler still looks to be sub-optimal for this test. The 5970 has a 10% lead even with its core clock disadvantage. This also lets NVIDIA and their Fermi architecture establish a solid lead over the 6990, even without the benefit of SLI scaling. 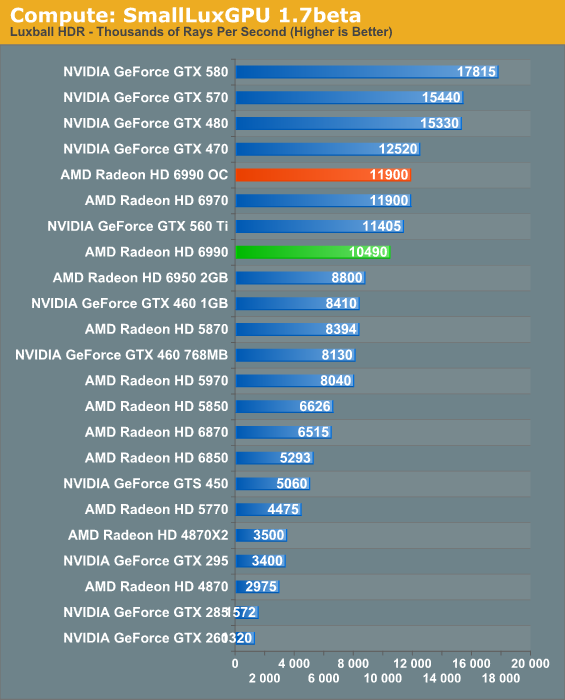 There’s no CrossFire scaling to speak of in SmallLuxGPU, so this test is all about the performance of GPU1, and its shader/compute performance at that. At default clocks this leads to the 6990 slightly trailing the 6970, while overclocked this leads to perfect parity with it. Unfortunately for AMD this is a test where NVIDIA’s focus on compute performance has really paid off; coupled with the lack of CF scaling and even a $240 GTX 560 Ti can edge out the $700 6990.

Ultimately the take-away from this is that for most desktop GPU computing workloads, the benefit of multiple GPU cores is still unrealized. As a result the 6990 shines as a gaming card, but is out of its element as a GPU computing card unless you have an embarrassingly parallel task to feed it.