The whole point of having a front facing camera on the Xoom is to enable two-way video chat. Given that Android is a Google production, the video conferencing platform of choice is obviously Google Video Chat. Integrated into Gmail, Google Video Chat already works on all PCs and Macs with a webcam. In Honeycomb, video chat is available via the Talk app. 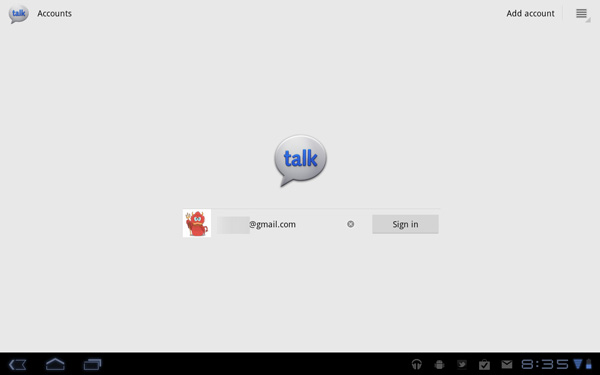 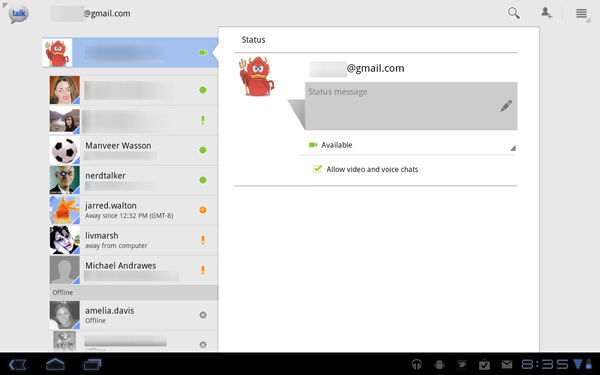 Just like in the browser version of Gmail, any contacts that can send audio and/or video will have the corresponding icon next to their user name. Tap the contact then tap the action item to initiate a video chat, or hit accept on any incoming video chat requests and you’re set.

Video chat takes place full screen although you can still multitask while it’s going on (your video feed will just pause while you’re off doing other stuff, audio will still transmit and you’ll still be able to hear the other party - they just won’t be able to see you).

While you lose the ability to type to the receiving party, anything they send to you will appear over the video window like so: 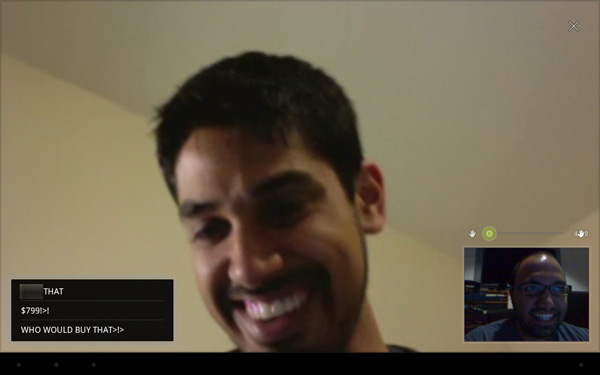 Incoming messages from other parties appear in the lower right as standard notifications.

You can switch between front and rear facing cameras using a toggle on the screen: 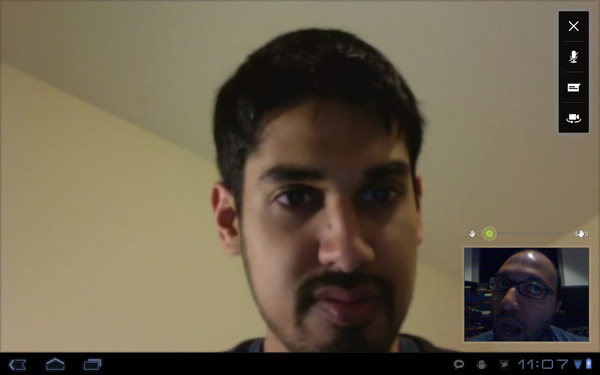 There’s also a slider to enable live image stabilization on the transmission side. In practice it works well at light settings but at full blast it can significantly distort the transmitting video. 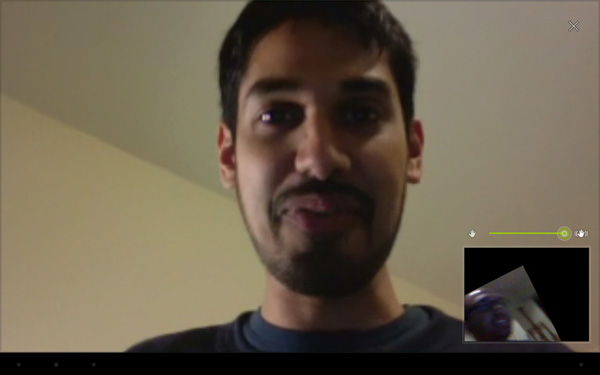 Functionally the only problem I had with video conferencing on the Xoom is that the volume slider is non-linear. Speaker volume was a bit too high at 100%, however at the next step below 100% it was far too quiet. Note that this is the only part of Honeycomb where the volume control works like this, it works fine everywhere else.

The chat app does let you set mic and speaker volumes independently, which is a nice addition. In testing I found that setting both to 100% was the best to use in my office.

Video chat works over both WiFi and 3G, however there’s no difference in compression level or quality between the two interfaces from what I can tell. Video quality isn’t that great but it does get the job done. The front facing camera on the Xoom isn’t very impressive and you’ll want to be lit as well as possible. The video is compressed to under 400Kbps (I measured 360Kbps transmitting and 300Kbps receiving).