With Honeycomb, Google enabled full GPU acceleration across the OS. As a result, I had hoped that we’d have a very Windows Phone 7 like experience in Android 3.0. For the most part, it’s similarly smooth, but it’s still not quite perfect.

Performance in Honeycomb seems even more dependent on background apps than with earlier versions of Android. I’m not sure if that’s because Honeycomb is less aggressive about kicking processes out of memory or if I’m simply doing more with the OS on a larger screen, but I found myself killing tasks manually more frequently in Honeycomb than I did on Froyo. It’s also possible that with faster hardware and a faster OS that any slowdown, even if only minor, is more perceptible.

Swiping between home screens is butter smooth under Honeycomb, as is interacting with widgets and notifications. Applications launch quickly and scrolling in them is smoother than any other Android release. Even scrolling in the browser is finally smooth on Android, although I don’t believe it’s quite up to par with iOS/WP7. Granted Honeycomb doesn’t support Flash yet so it’s too early to tell how Flash integration will change the browsing experience, but I wonder if the delay on integrating flash has to do with ensuring that browser scrolling performance isn’t hurt.

As we saw with the Atrix 4G, performance benchmarks may be slower on the Xoom due to its higher native resolution (1280 x 800) than the competitors. This is particularly evident in the 3D gaming tests. I almost wonder if we'll begin seeing higher performing SoCs in tablets going forward, with lighter hardware being used in smartphones. It's clear that these smartphone SoCs, while fine for lower res smartphones, don't have the compute horsepower or memory bandwidth to cope with higher resolution displays.

I'm also not entirely sure what's going on in the Quadrant results as there are some significant drops in performance on the Xoom vs. Atrix. This could be a Honeycomb thing or an issue with the benchmark itself. 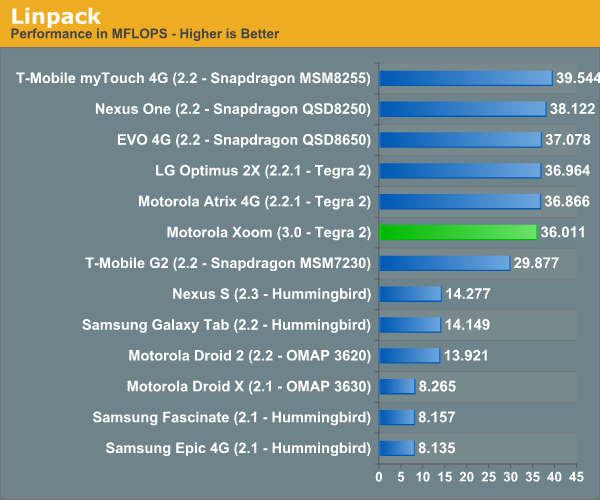 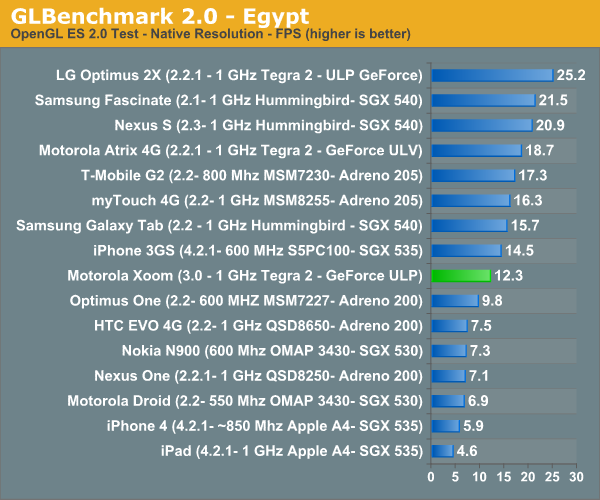 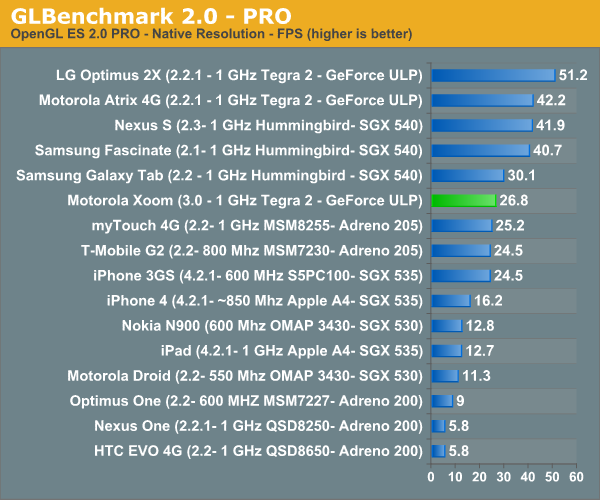 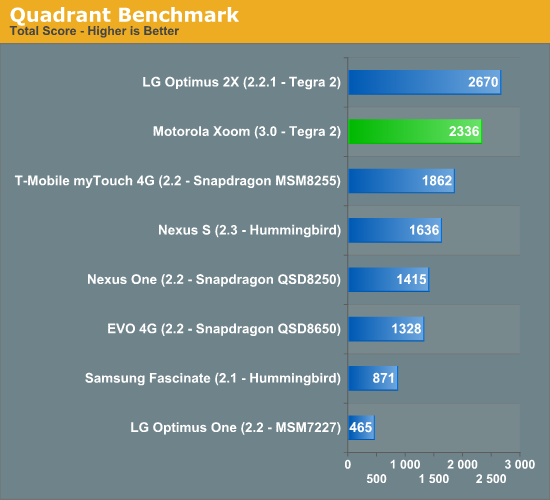 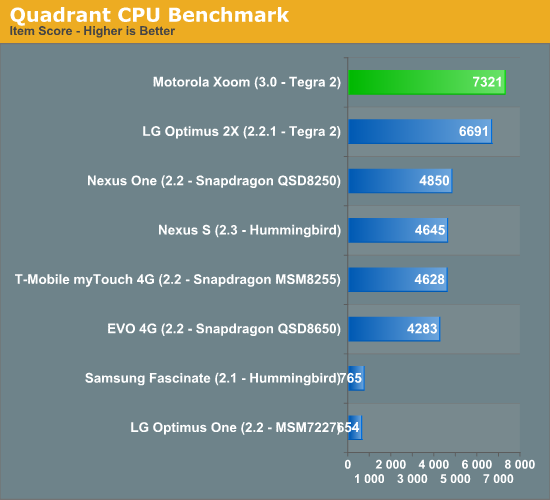 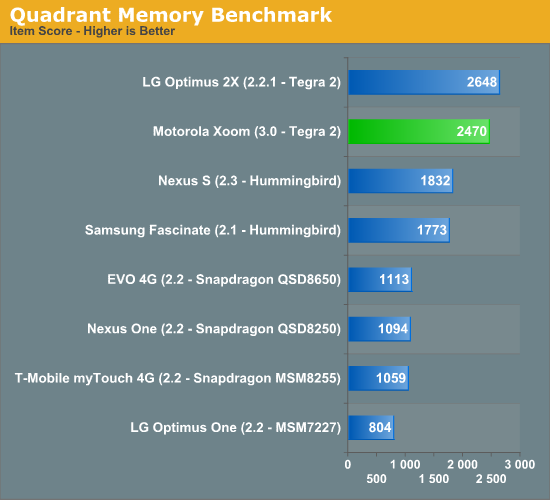 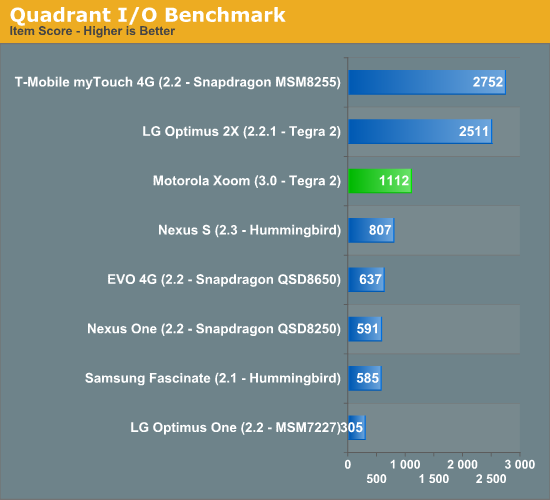 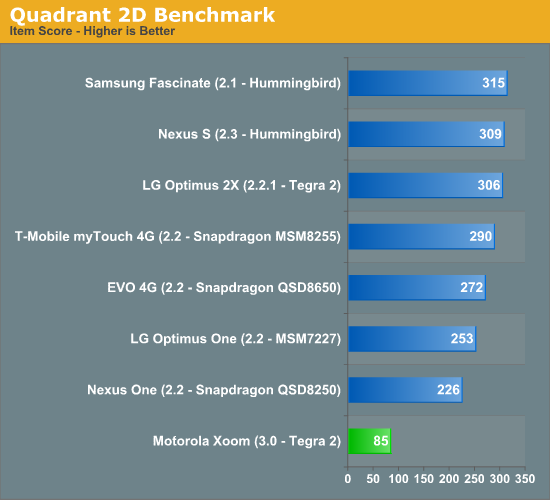 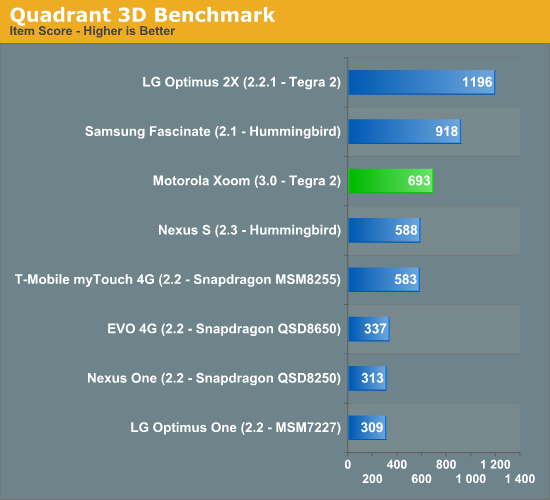 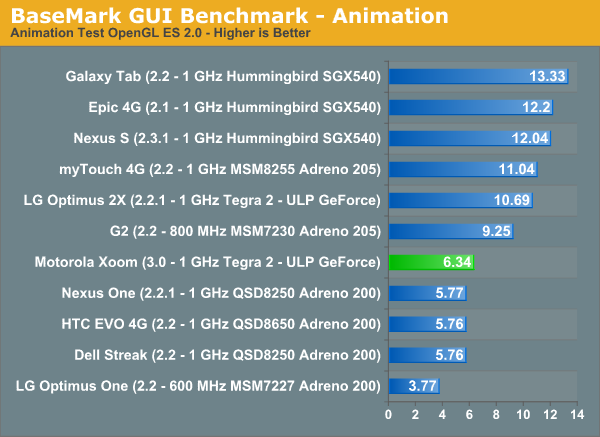 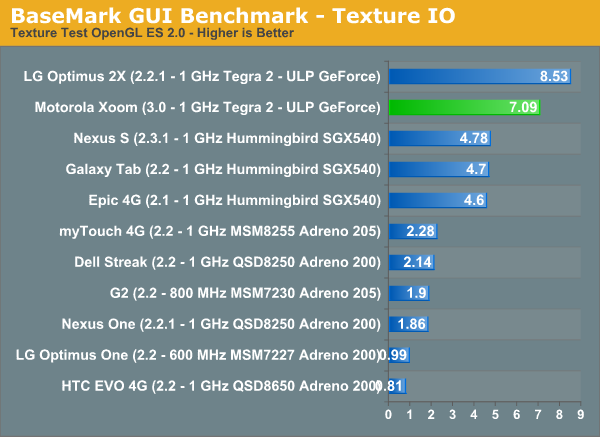 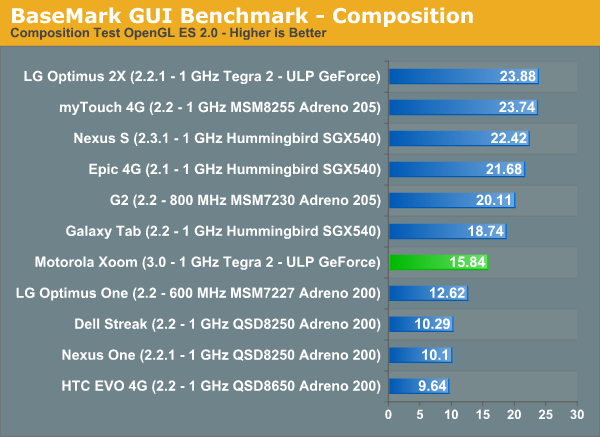 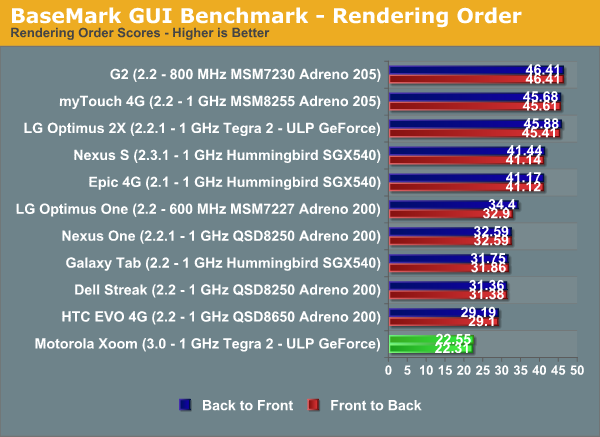