Note that I've pulled out our older results for the Kingston V+100. There were a couple of tests that had unusually high performance which I now believe was due the drive being run with a newer OS/software image than the rest of the older drives. I will be rerunning those benchmarks in the coming week.

I should also note that this is beta hardware running beta firmware. While the beta nature of the drive isn't really visible in any of our tests, I did attempt to use the Vertex 3 Pro as the primary drive in my 15-inch MacBook Pro on my trip to MWC. I did so with hopes of exposing any errors and bugs quicker than normal, and indeed I did. Under OS X on the MBP with a full image of tons of data/apps, the drive is basically unusable. I get super long read and write latency. I've already informed OCZ of the problem and I'd expect a solution before we get to final firmware. Often times actually using these drives is the only way to unmask issues like this. 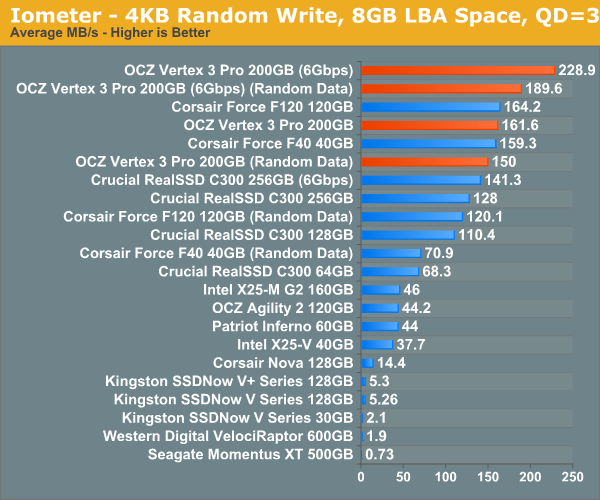 Random write performance is much better on the SF-2500, not that it was bad to begin with on the SF-1200. In fact, the closest competitor is the SF-1200, the rest don't stand a chance. 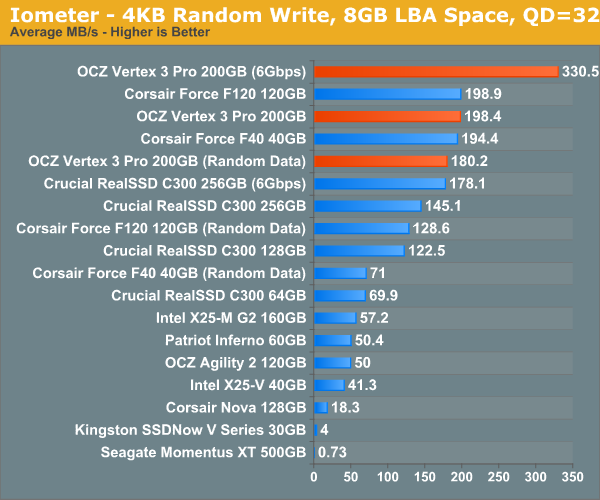 Ramp up the queue depth and there's still tons of performance on the table. At 3Gbps the performance of the Vertex 3 Pro is actually no different than the SF-1200 based Corsair Force, the SF-2500 is made for 6Gbps controllers. 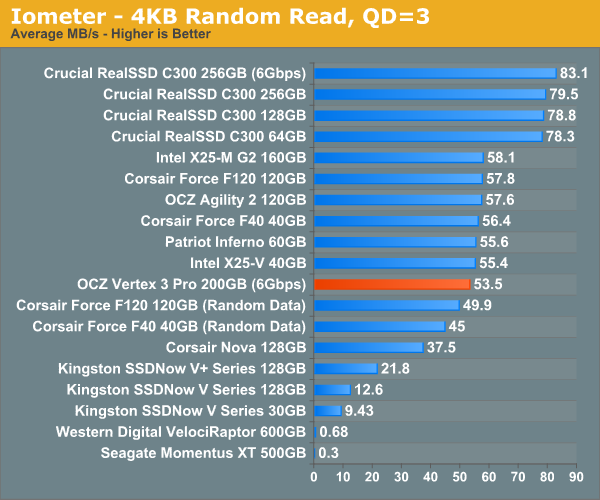