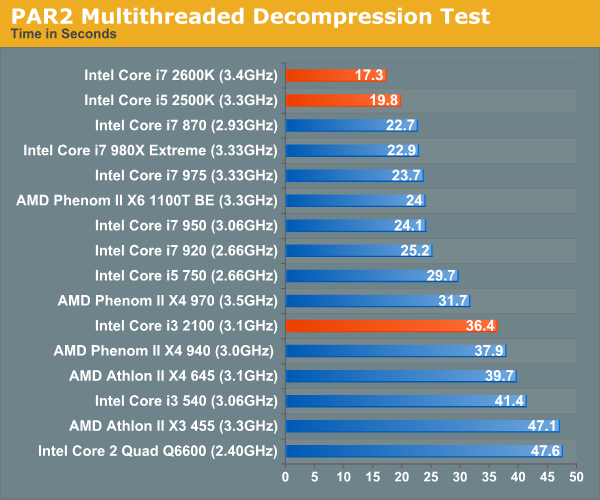 In all of our compression tests, Sandy Bridge does very well. The 2600K is faster than the 980X in the real world compression tests, while the 7-Zip algorithm benchmark is fully threaded and shows you what would be possible with 6-cores. 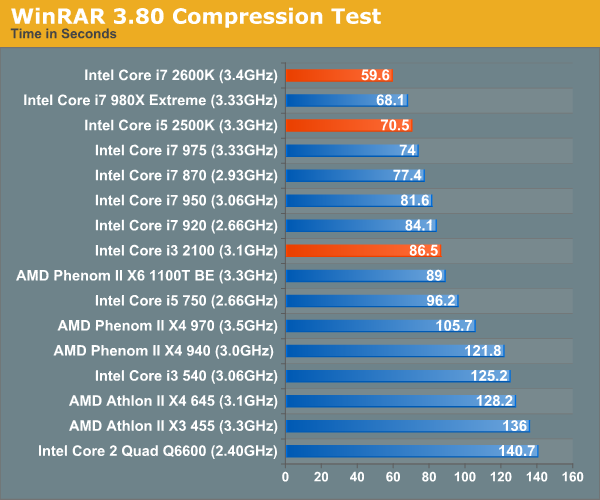 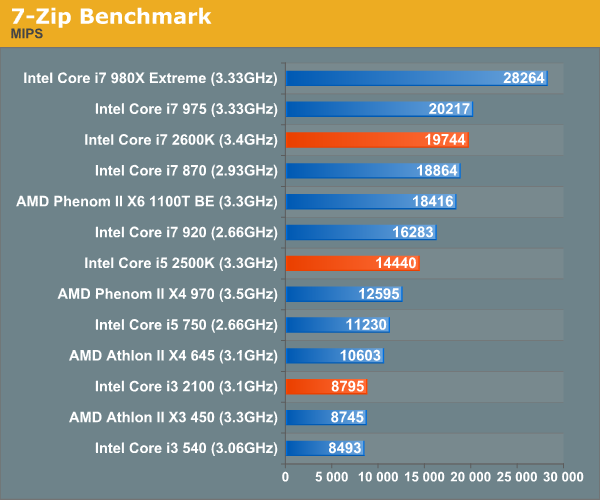 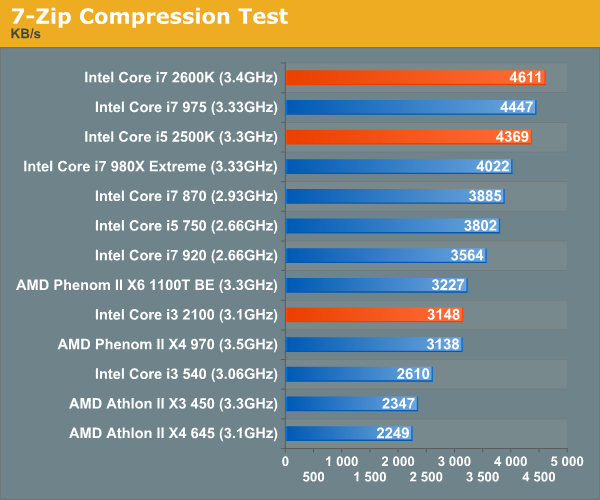