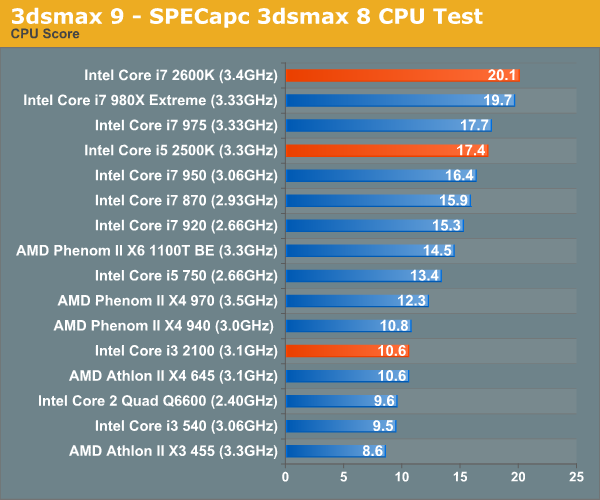 At the risk of sounding like a broken record, we have a new champ once more. The 2600K is slightly ahead of the 980X here, while the 2500K matches the performance of the i7 975 without Hyper Threading enabled. You really can't beat the performance Intel is offering here. 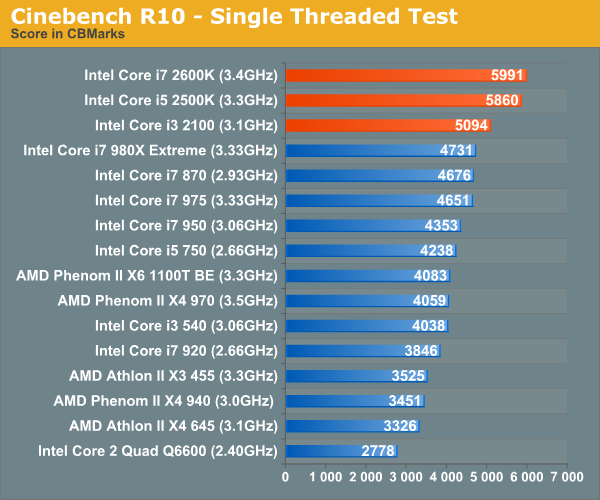 Single threaded performance sees a huge improvement with Sandy Bridge. Even the Core i3 2100 is faster than the 980X in this test. Regardless of workload, light or heavy, Sandy Bridge is the chip to get. 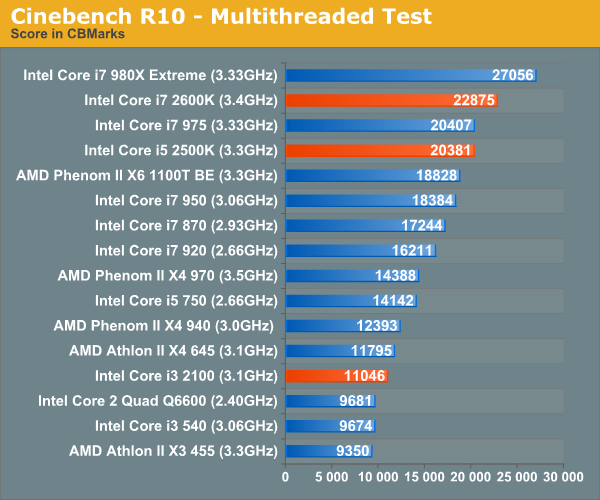 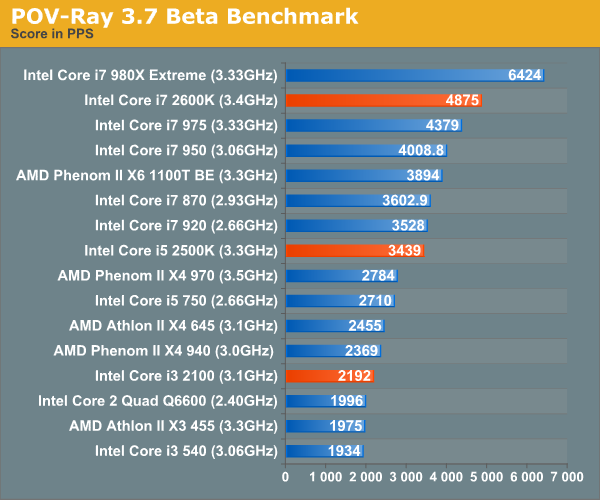 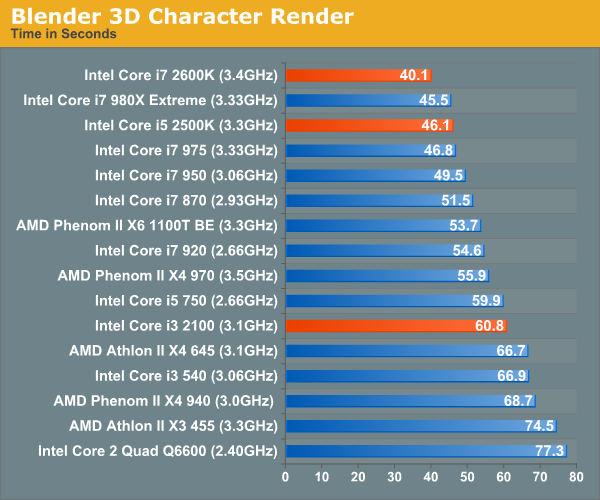