What I like about the extra hardware in the box is this USB panel. It has a space for an SSD, so it frees up a drive bay while giving you front-port USB 3.0 capabilities. This panel, on its own, would probably sell for $15. 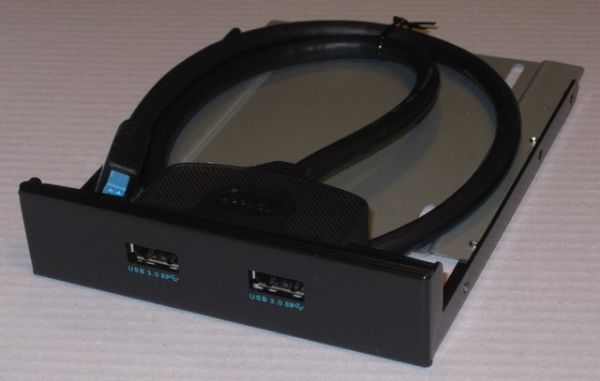 Previous ASRock motherboards have been bundled with a heap of software for all sorts of overclocking or power saving modes. Thankfully, ASRock have been smart this time—they have packaged most of their utilities into one program, making it quicker and easier to install and uninstall. With their CD, apart from the driver updates, ASRock include three programs: 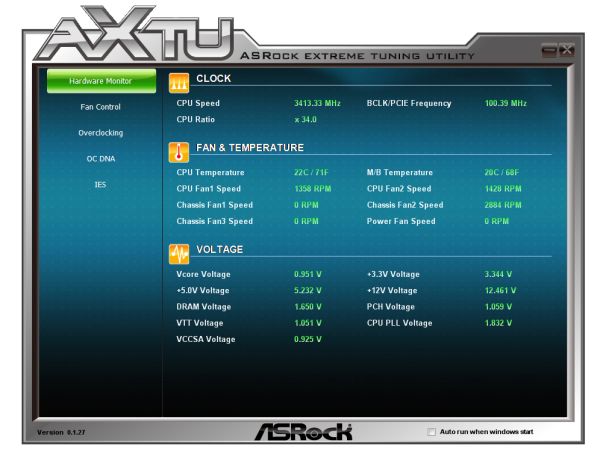 The AXTU is not the tool we have come to expect from the socket 1156 and socket 1366 motherboard utilities. It shows the vast array of speeds, temperatures and voltages you would expect, and the tool allows you to control the fan speed on the fly. However, a successful CPU multiplier or voltage change requires a reboot. The main criticism about the overclockability tool is that it lacks the ability to manage the memory timings. 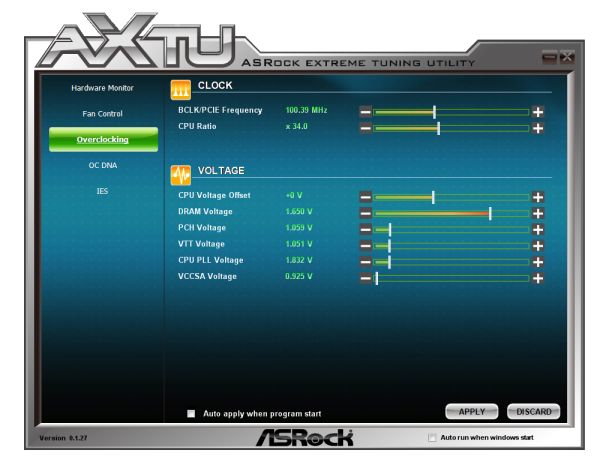 The OC DNA is similar to previous ASRock offerings, allowing users to share UEFI settings with each other. The Intelligent Energy Saver has received a trimmed down version—this one no longer states how much energy you are saving over a period of time, just the current voltage, speed, number of phases being used, and whether it is on or off.

Another stalwart in the ASRock arsenal is its Instant Boot software. The idea behind it is that when you tell the PC to shutdown, the computer will reboot up to the point where the OS is loaded, then enter a low power mode. When the power button is pressed next, the computer will resume normal action, and you are straight into the OS without waiting to boot up. This worked at stock speeds, but failed to enter a low power mode when we applied the overclock.

The XFast USB tool is a small application that will attempt to boost USB input/output speed when activated. ASRock claims this little utility will increase USB 3.0 speed by almost double, and USB 2.0 speed by almost quadruple. We will test this with our USB 2.0 and USB 3.0 hardware when we receive it. There's a lack of information online as to exactly how this software works, and the line from ASRock is that the 'XFast USB software modifies part of the USB driver, allowing it to multi-task and enhance the performance - ASRock are continually tuning the performance for better results'. The proof is the pudding, as we'll see.