The next game on our list is 4A Games’ Metro 2033, their tunnel shooter released earlier this year. In September the game finally received a major patch resolving some outstanding image quality issues with the game, finally making it suitable for use in our benchmark suite. At the same time a dedicated benchmark mode was added to the game, giving us the ability to reliably benchmark much more stressful situations than we could with FRAPS. If Crysis is a tropical GPU killer, then Metro would be its underground counterpart. 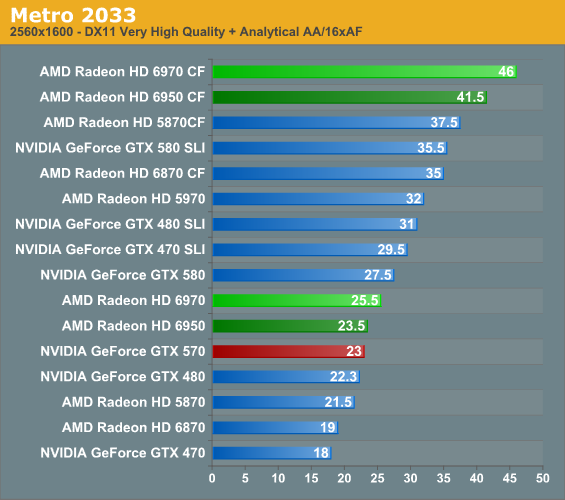 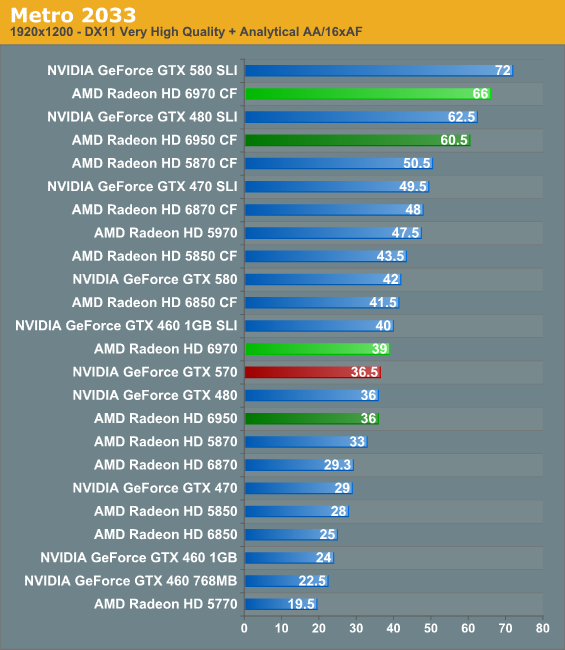 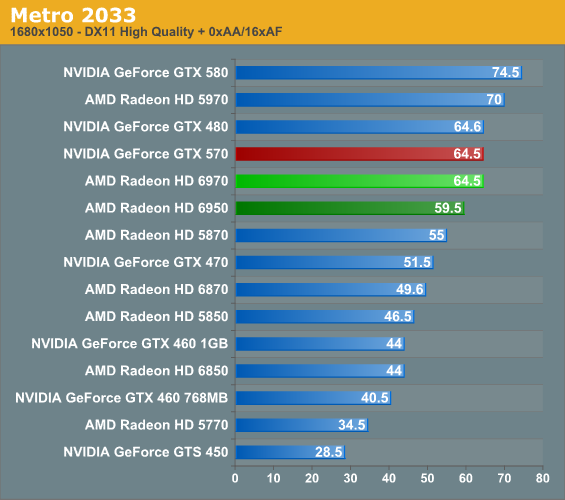 The Crysis comparison seems particularly apt here, as our rankings closely mirror Crysis. The 6970 takes a small lead over the GTX 570, while the 6950 rides shotgun with the GTX 570. Note that none of these single-GPU cards, not even the GTX 580, get exceptionally good framerates at 1920 or 2560, so we have to resort to CF/SLI to get there. CF/SLI makes things all the more interesting, as any kind of parity the GTX 400/500 series has goes right out the window at 2560. AMD simply outscales NVIDIA here, leading to the 6970 CF surpassing the mighty 580 SLI by 30%. Reality reasserts itself at 1920 however where we end up with a more typical order.