If there’s one area that Kinect really shines above the Wii, it’s Kinect Sports. At first I was expecting a relatively token knockoff of Wii Sports so that Kinect can have its own motion-dominated sports title, but I was happily surprised that wasn’t the case.

The Kinect Sports game layout itself is similar to Adventures - you can play by yourself, or with friends, and superficially you can just play single games instead of taking a tour through everything. 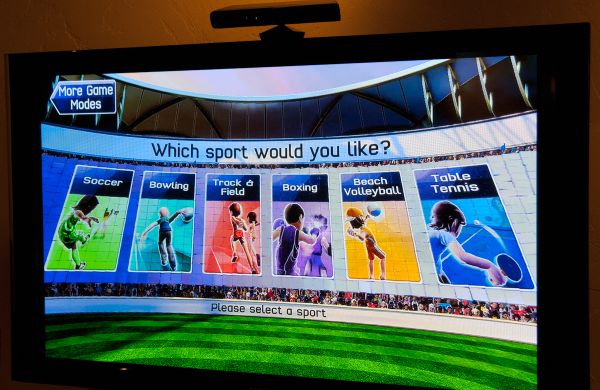 The problem with Wii Sports was always that most of the activities relied on just a few different accelerometer inputs. The same accelerometer input as swinging your arm in a complete arc for Wii bowling could be emulated with the flick of a wrist. As soon as you figured out you could create a much larger magnitude acceleration vector by flicking your wrist, all of the immersion was completely destroyed in the game. For me at least, the remainder of Wii titles involved a similar - search for the optimal flick move that emulated inputs, and repeat - type learning curve. With Kinect, you can’t cheat that way, and you can’t lie to the sensor. Move around, flail your arms, or you’re going to get destroyed.

I think Kinect Sports is probably the best example of how full body motion capture can finally be mapped 1:1 and leveraged in such a unique way. The games all work nearly flawlessly, and playing them I’m reminded of what I wanted Wii Sports to be like. 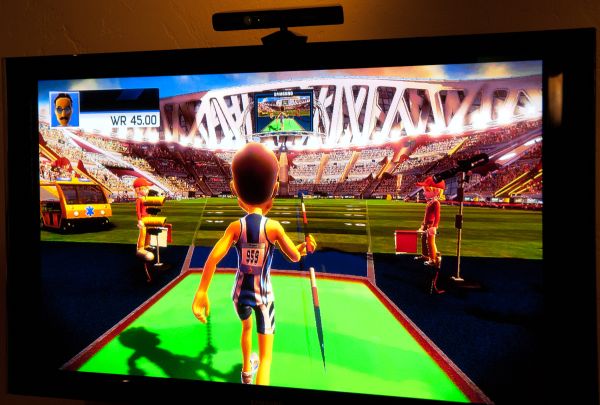 Track and field, boxing, and table tennis are probably my three favorite titles from the sports catalog. Track and field is set in a stadium which looks curiously similar to the Beijing Bird’s Nest (seriously) and involves olympic events such as javelin and discus toss, long jump, hurdles, and sprinting. I’m impressed with just how immersive these games are - when sprinting, wave your hands into another runner’s lane and you’ll solicit angry responses. Finish a sprint, and the crowd will cheer if you wave your hands above your head, or go silent if you drop them to your side. It’s the little things like these that really make Kinect engaging. Finish the whole event, and you get a video set to music of highlights taken on the color sensor. It’s surprisingly well put together.

You can set world records inside Kinect Sports, though they’re only locally-set records - unfortunately they aren’t synced up to the cloud in a *real* world record mode, but the music and animations when you set records is just perfect. I really feel like the game designers got everything perfect here. 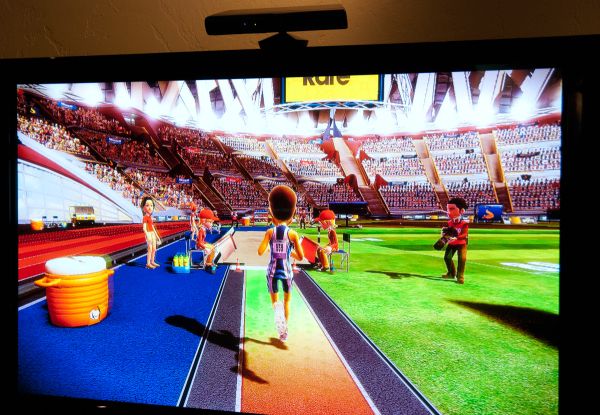 The gestures and motions inside Kinect Sports are also nearly flawless. I’ve yet to have a motion misinterpreted, and there’s a surprising amount of technique and dynamic range of responses possible.

Where I was really blown away is - of all things - table tennis. I’ve enjoyed playing table tennis in real life, and though I enjoyed the Wii versions, there was always something missing. I’d either miss returns or serves, and again that seemed purely a function of whether the accelerometer data I was giving was what Wii wanted. The Kinect version of Sports seemed much better and way improved in comparison, never missing when it wasn’t my fault.

But what I found extremely interesting was how integration changed when playing over Xbox Live. Matchmaking took a while, no doubt because of how close to launch it was when I tried it, but after a short wait, I was paired with another two players in a doubles match (I was also playing with a second person on my side, hence the doubles). 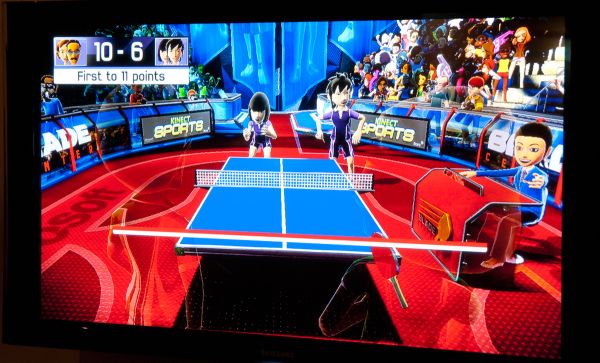 What was immerse beyond imagine was how I found myself gesticulating whenever we scored a point, becoming increasingly expressive with each point. Other players see your avatar at the table - they can’t look away - and the result is a whole new world of motion-enabled trash talking. Win an entire game, and the other party is forced to watch you for an opportune five or so seconds where you can literally move your body just about any expressive manner. It’s a brave new world of motion augmented trash talk, and one thing’s for sure - I’m glad Kinect doesn’t have the resolution to pick out fingers.