Benchmarking under OS X isn’t difficult, you just need to get creative. Luckily I’m in dire need of creative outlets so creating OS X benchmarks works for me. I’m using the same tests I introduced in my Holiday 2009 Macbook Pro roundup and running on the launch hardware for each notebook listed in the charts. 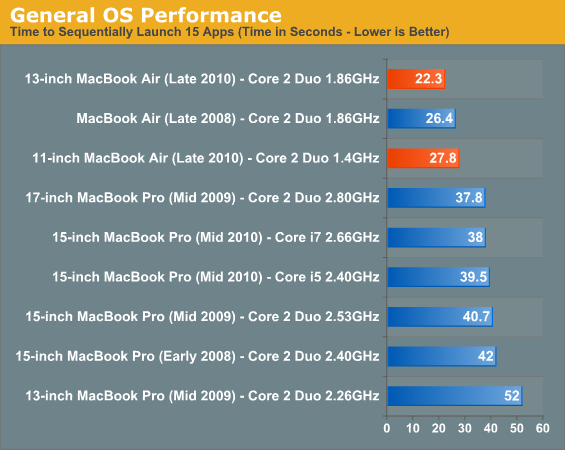 What a difference an SSD can make. The 13-inch MacBook Air is the fastest standard shipping configuration Apple offers in this benchmark. The fact that there's a measurable difference between the 13-inch and 11-inch models shows you just how slow that 1.4GHz Core 2 really is. 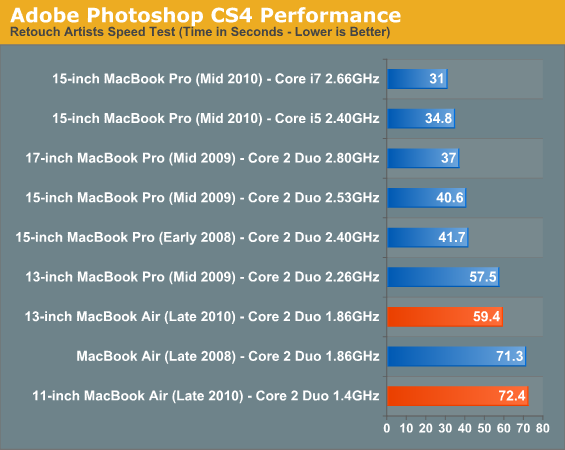 The 13-inch MacBook Air performs as well as last year's 13-inch MacBook Pro. But if you plan on doing real work, you'll be hampered by the performance of these systems. Apple really needs to find a way to get an Arrandale or Sandy Bridge into this chassis 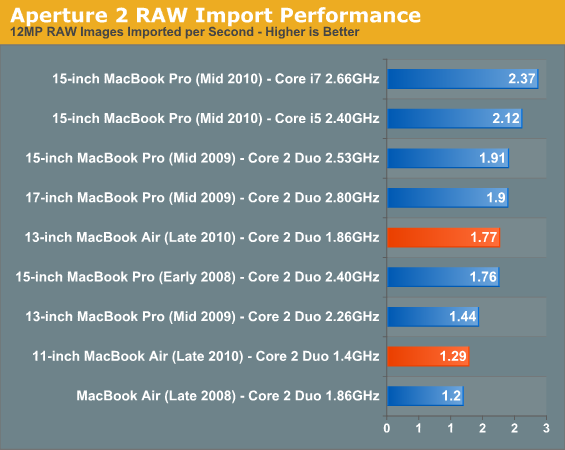 The SSD makes the 13-inch MacBook Air far more competitive than it should be here. It's even faster than a two year old 15-inch MacBook Pro. The 11-inch MBA is faster than the old 13-inch MBA due to its better thermal characteristics as we pointed out earlier. 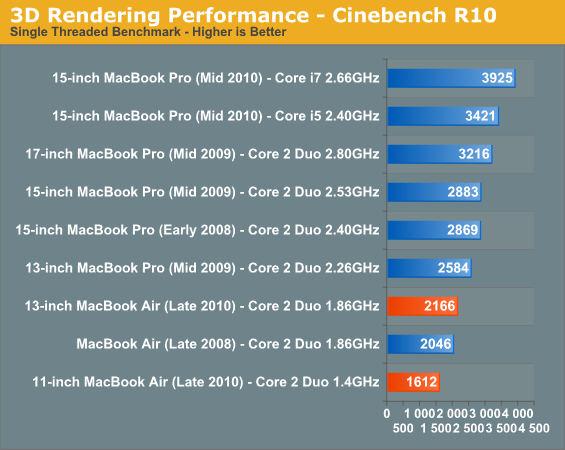 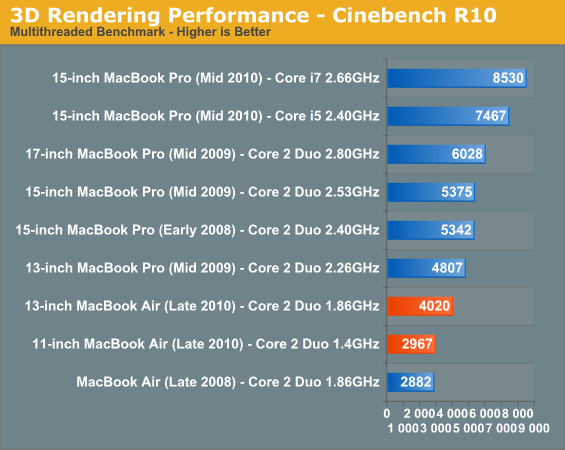 The performance in both of these tests in line with the rest of the results. These notebooks aren't very good at intensive workloads. It is worth pointing out that the 13-inch MacBook Air posts better numbers here than the old dual processor 2.5GHz PowerMac G5 :) 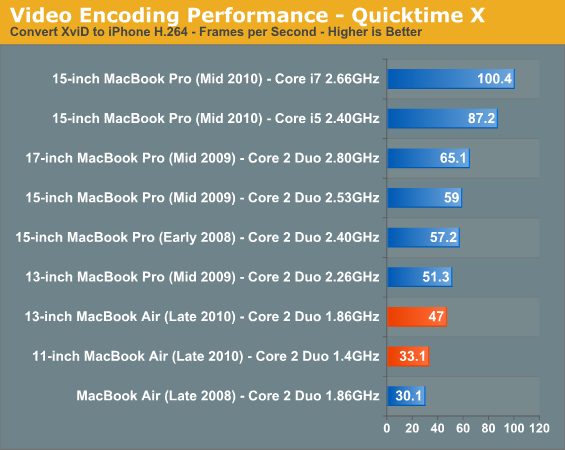