Given the—let's be generous and say "humble"—ATI Mobility Radeon HD 5470 the ASUS X72D hands the heavy-lifting off to, we're not expecting miracles and as such have chosen our test suite accordingly. For the 5470 we're using our "Low" preset, but because the X72D is a 17" notebook with a 1600x900 screen, we've tested at that resolution as well. The 750MHz core clock on the 5470 means this is about as fast as this GPU is going to get, but you'll see that's not quite enough for gaming at 1366x768 and nowhere near enough for gaming at 1600x900. 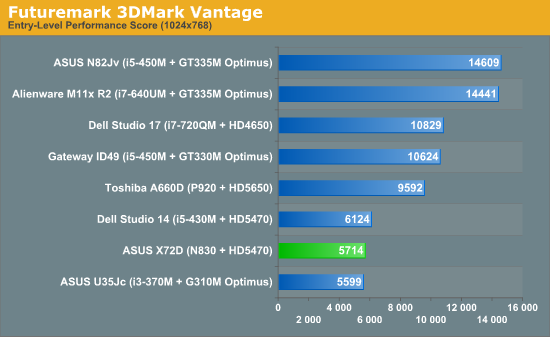 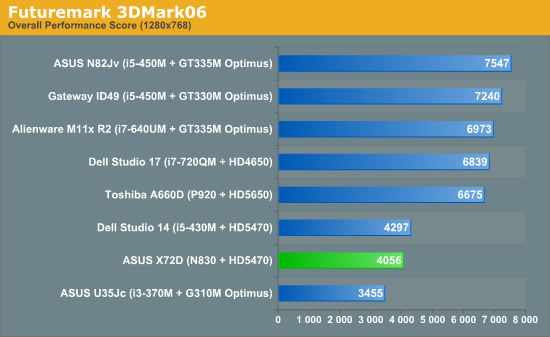 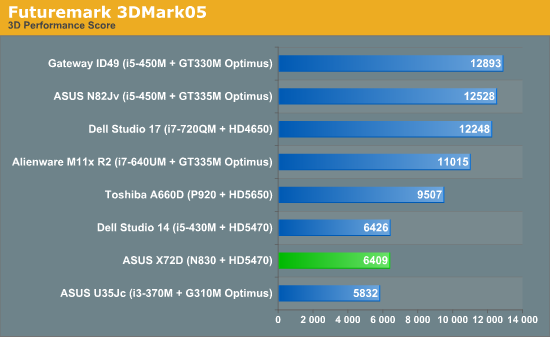 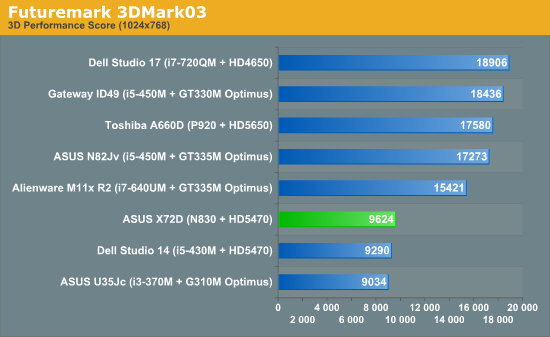 In some cases, the 5470 seems to be limited by the Phenom II; the Studio 14 has a slower core clock on the GPU but a much faster processor, making most of the results a wash. 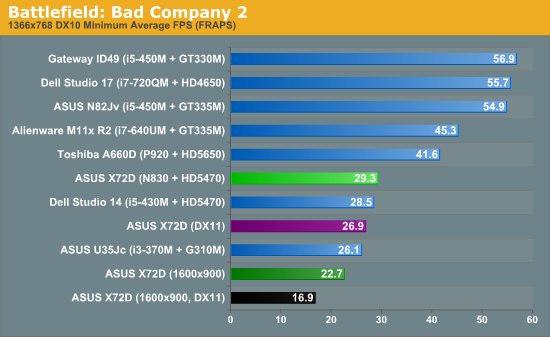 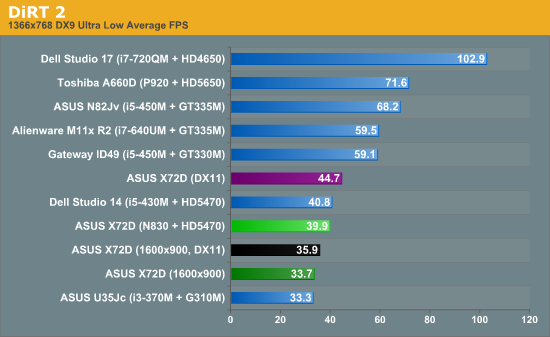 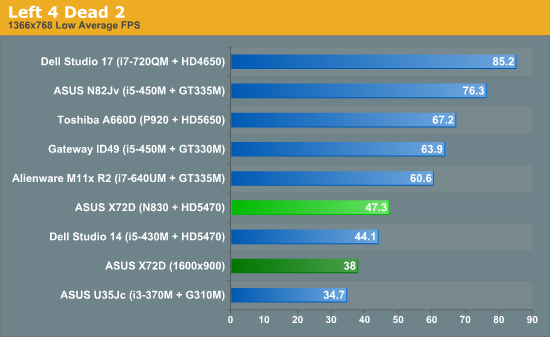 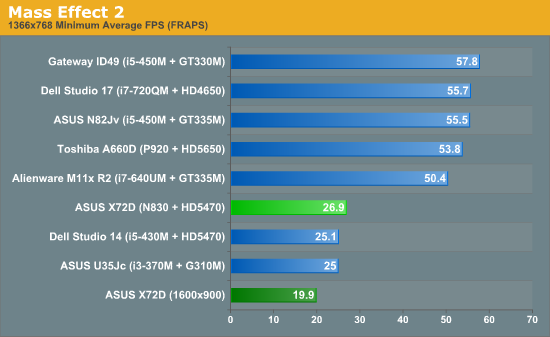 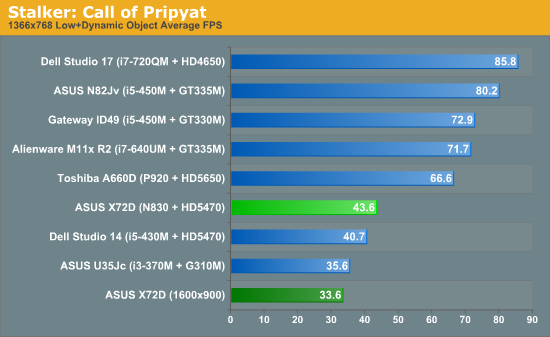 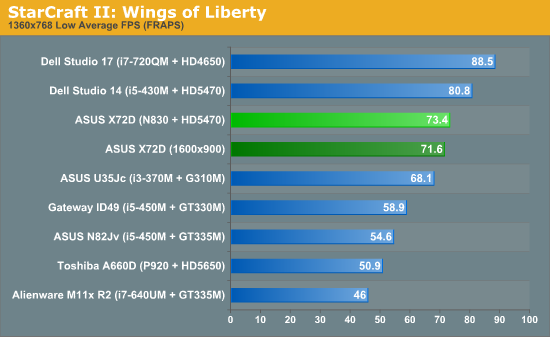 Well, the 5470 can game, sort of. StarCraft II generally cedes victory to the Radeons at Low assuming no major CPU bottlenecks (like, say, a 1.6 GHz quad core Phenom II), so no surprises there. But keep in mind these settings are pretty much as low as these games can go, and frankly StarCraft II looks horrible at these settings—imagine the original game, in 3D, but with textures from 10 years back and you get the idea. The Mobility Radeon HD 5470 is still miles away from catching up with mainstream class GPUs, though. It picks on the GeForce G 310M pretty liberally, but that's like winning a race with a three-legged horse because the other competitors are dead.

Which raises the same complaints we had when we reviewed the U35Jc and the GeForce G 310M: entry-level GPUs are terrible, offering little value over integrated options. On the X72D, this problem is made more egregious by three things: first, as I've mentioned before, the Radeon HD 5470 is a joke on any platform. Our next generation part has the same number of shaders as its predecessor, and worse, because of DirectX 11 support those shaders are actually slower. So in practice, the difference between the 5470 and last generation's Mobility Radeon HD 4570 is like night and night. But wait, there's more!

The X72D is using AMD's RS880 chipset, which means it already had perfectly serviceable integrated graphics to begin with in the form of the Radeon HD 4290. Since the 5470 just doesn't offer enough gaming performance to merit its inclusion over the IGP (let alone its existence), it's difficult to figure out why it's even here. The 5470 isn't capable of better Blu-ray playback than the 4290—okay, it can bitstream HD audio, but otherwise they're equal—so that's no justification either.

And finally, this is a 17" notebook. In a chassis this size, there's just no reason not to include a Mobility Radeon HD 5650, especially when Acer is happy to offer one in a competing notebook at just $699. The Acer Aspire AS7551G may have one of the worst keyboards on the market and be missing a Blu-ray drive, but in terms of gaming performance it's a far better deal. If Acer can hit that price point, there's no reason ASUS couldn't put a 5650 in the X72D.