Like the other Galaxy S phones, the Fascinate packs Samsung's TouchWiz Android skin. Right off the bat, it's pretty obvious that Samsung has changed a lot of things here. I've changed the default applications on the homepage, but you can get a pretty good feel for what you start out with. The first and seventh home pages are completely blank.

The default wallpaper is some sort of ocean waves atop coral scene - touching the screen creates ripples in the water which distorts the coral scene underneath. Honestly, I think this is Samsung showing off the SGX 540 graphics, as it's got a heavy 3D feel to it. Run your finger back and forth, and you'll create waves of distortion all over the home pages. 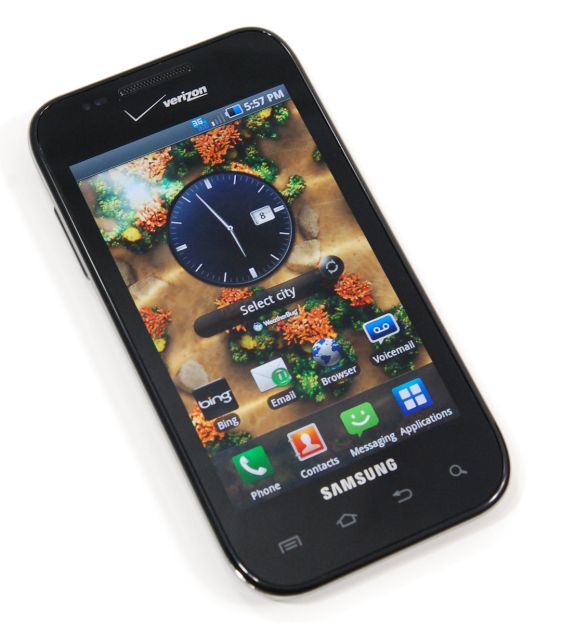 The coral scene underneath is a bit low resolution, and you can pick out some JPEG artifacts just casually glancing at it. I found myself wanting to change the image underneath, but leave the water distortion effect intact. Unfortunately, that isn't possible. You either get the strangely low resolution coral and water ripples, or the normal Android wallpaper selection.

Anand already talked about how Samsung's TouchWiz takes heavy nods from iOS. The application launcher scrolls in pages to the right, and newly installed applications go to the end of the list, rather than in alphabetical order by default. It's out of place on Android to see such a blatant attempt to emulate that experience. Looking through that list of preinstalled applications though, and you'll notice something…

I want to preface this by saying that I don't have a problem with Bing. I don't have anything against Microsoft's search engine, but Bing is all over the Fascinate.

Press the search button, and you're searching with Bing. There's even a widget that's a Bing-searching facsimile of the Google search widget. Want maps? There's no Google maps by default, just Bing maps. Fire up the browser and search? You guessed it, Bing.

It's not like you can change it, either. There's no way to change the in-browser search engine - it's stuck being Bing. In fact, it isn't really even Bing, it's a Verizon-hosted Bing search portal at search.vzwwap.com.

Now, that isn't so bad, but the mobile Bing interface isn't exactly stellar. In fact, I distinctly remember hearing a Microsoft employee, during a session at MIX10, proclaim that the mobile view was awful and seriously in need of work. No kidding. It's improved a bit since then, but there's still a number of out of place or low resolution Verizon and Bing logos all over. It just feels weird.

Similar to the Droid 2, you also cannot remove the Verizon bookmarks. Trying to do so gets you a nice error message. This applies to both VZW Home and My Verizon.

Bing Maps was similarly awkward for a time, complete with strangely low resolution resources and no multitouch zooming. About a week after I got my review unit, the software was updated in the market and now includes multitouch support, but still feels clunky and occasionally slow. Thankfully, you can install bona-fide Google Maps from the marketplace and get the whole maps and navigation bundle without any problems. 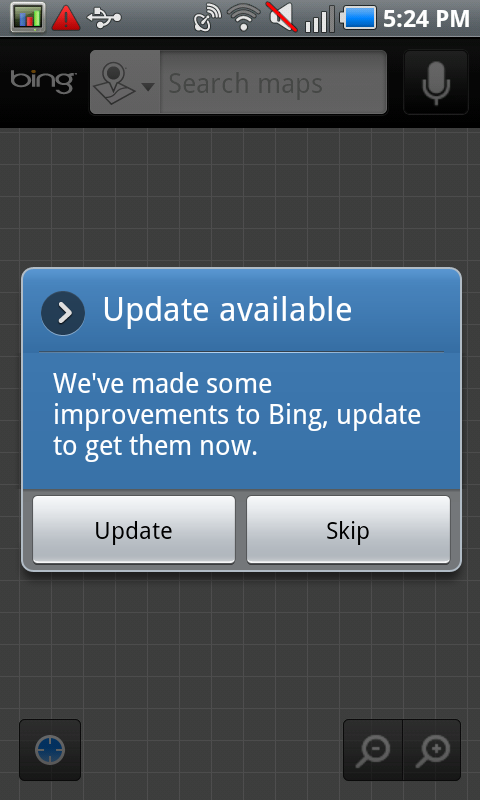 Oh and that Bing widget? While you can remove it, installing the stock-Android Google widget requires hunting the APK down online.

I looked through the entire Android 2.1 install on the Fascinate, and even finding the word "google" is a challenge. It's curiously absent from the back of the phone as well.

There's also a ton of other Verizon proprietary applications installed, including the paid-service VZ Navigator (why you'd use this instead of Google Maps defies logic). The remaining set of preinstalled apps is the same as I've seen on other Verizon-bound Android phones. A trial install of NFS Shift, My Verizon Mobile, some V Cast stuff - it's all there.

The TouchWiz UI does include a nice task manager, complete with easily locatable "End All" button. You can uninstall packages and also get a glance at RAM use. It's nice to see this preloaded. Holding down the home button to bring up the recently used application list also includes a shortcut to this task manager. I think that's a nice tweak.

Another relatively useful TouchWiz thing is actually the lock screen. Miss a call or get a text message, and you'll get a puzzle piece with the corresponding number of things you've missed. Drag that to the empty piece, and you'll instantly get taken there. I think that's pretty useful. 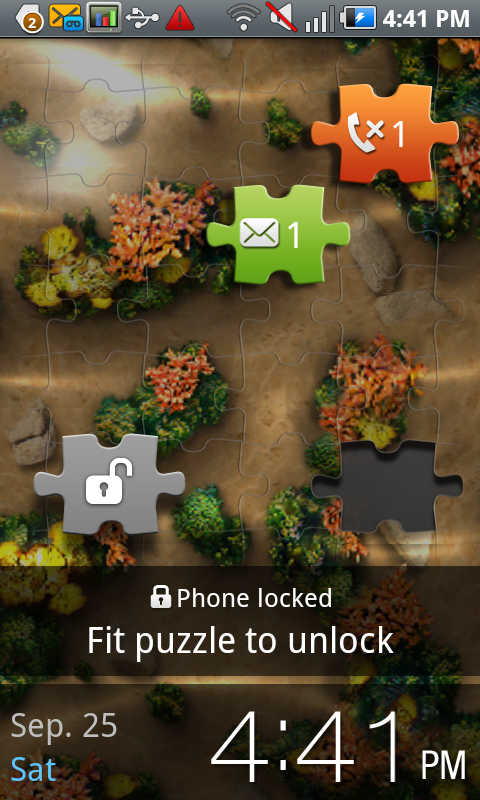 What's most surprising about the Fascinate (and the other Galaxy S phones) is that they run Android 2.1, but don't feel slow or want for the performance increases that 2.2 brings with JIT compilation. This is the first Android 2.1 device I've used since 2.2 came to the Nexus One that I felt wasn't in dire need of the update. It needs to happen - and soon - but it isn't experience-killing.

Like the Epic 4G, the Fascinate comes with Swype installed and selected by default. The default android keyboard is there too, but Swype is really what you should be using. The Fascinate doesn't have quite as many keyboard options as the Droid X or Droid 2, which bundle a custom Motorola multitouch keyboard, Swype, and SwiftKey, but you can always grab something similar from the applications marketplace.