As the manufacturer for both the NAND that goes into Apple devices and the SoC that Apple uses in the iPhone/iPad, Samsung works closer with Apple than most other smartphone vendors. I was once given a characterization of Samsung that I will never forget: this is a company that’s trying to learn as much as it can from Apple for use in its own smartphone endeavors.

There’s no better example than the Galaxy S. Unlike other vendors who have been Cupertino inspired, Samsung’s learnings are put to use almost exclusively in software. Physically, the Galaxy S is quite dissimilar from the industrial design used in Apple’s iOS products. 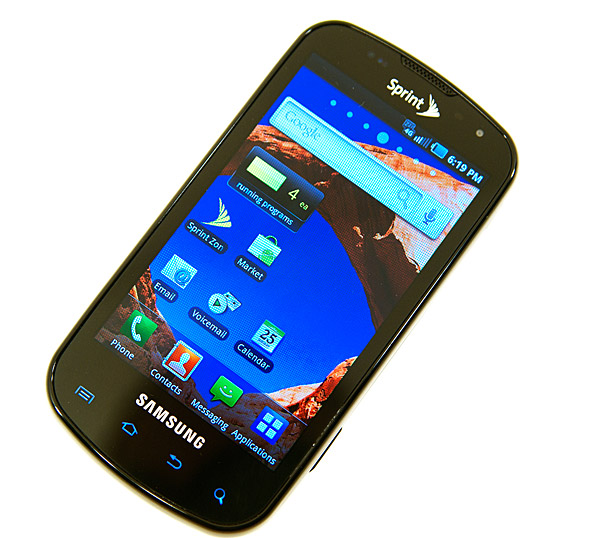 Samsung sent me the Epic 4G, a variant of the Galaxy S for use on Sprint’s network (with WiMAX support as implied by the 4G moniker). The Epic 4G has an amazingly contrasty 4” 800 x 480 Super AMOLED display. The capacitive touchscreen is backed up by a physical keyboard that slides out in landscape mode. 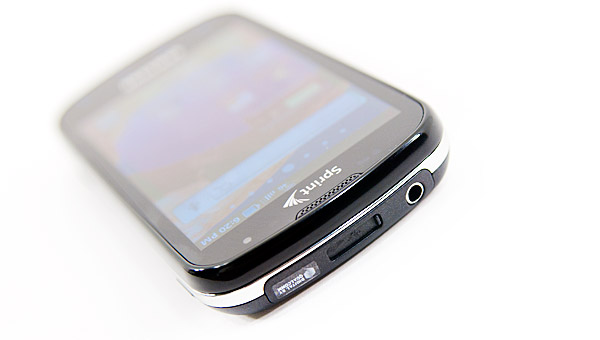 I’d say that Samsung did everything to be the most unlike Apple in the design of the Epic 4G. Along the top you have a microUSB port, but Samsung included a sliding cover to keep the pocket lint out. This adds complexity to the look of the device, but is nicely protective if you’re a bit OCD about getting lint in the crevices of your phone. The sheer location of the microUSB port is unusual as well. Most Android phones we’ve looked at have their power/sync connector at the bottom of the phone, not the top.

The power/lock button also shifts positions compared to what we’re used to. It’s on the right side, near the top on the Epic 4G. 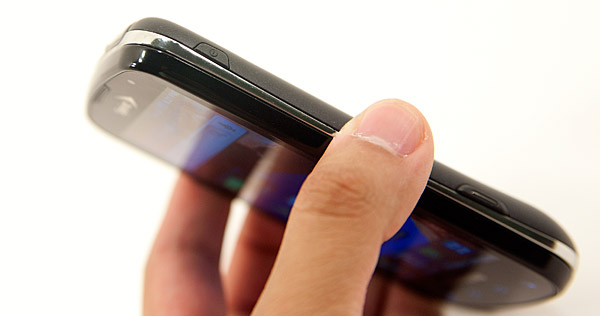 The screen slides up to reveal a landscape keyboard on the Epic 4G. The sliding mechanism is easy enough to operate with one hand and reasonably smooth. It’s not the most confidence inspiring but not terrible either. 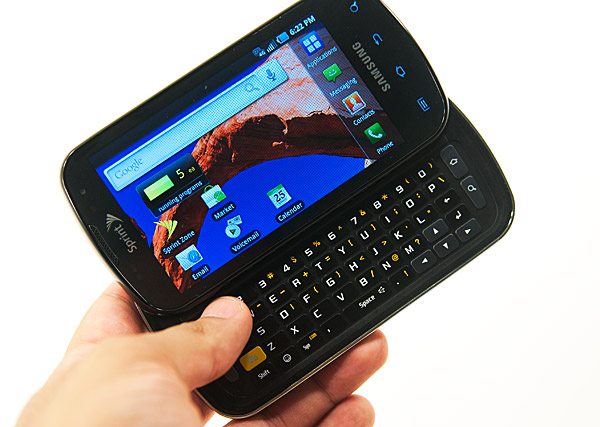 The keys on the physical keyboard are fairly wide and reasonably spaced (it is a landscape keyboard after all). The keys are missing some curved definition that would make it easier to touch type on them but overall it’s not a bad keyboard. Again, not the best I’ve encountered but not terrible at all.

Since this is a slider phone, build quality isn’t the easiest to guarantee. The two halves of the phone independently feel well made, but the joining of the two isn’t super secure. The “oreo effect” as Brian likes to call it is very present on the Epic 4G. You can twist the top and bottom halves of the phone and get them to separate by a couple of degrees. It’s not terrible but if having a loose feeling phone bothers you then you may want to look elsewhere. 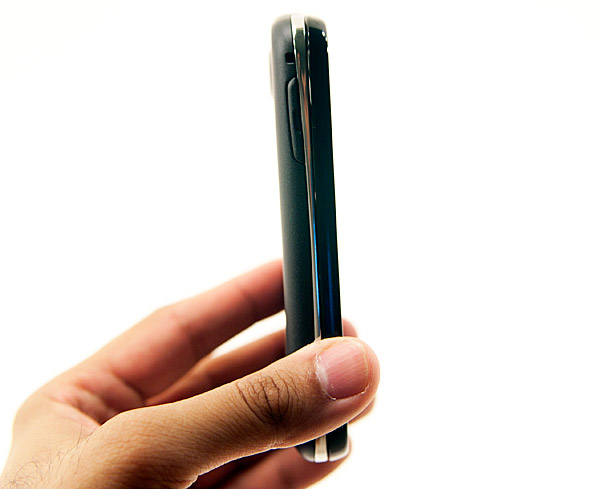 The four standard Android keys are also present in capacitive touch form along the bottom edge of the Epic 4G. Unlike most other Android phones, the capacitive buttons aren’t visibly outlined on the phone. You can only see them if they’re backlit, which has a timer associated with it that’s by default separate from the screen timer. What this means is that the row of Android buttons will actually disappear before the screen goes blank if you don’t touch the phone. Thankfully Samsung provides a setting to sync these two so both the screen and buttons go blank at the same time, but it’s just not enabled by default.

The phone is a mixture of materials, with the front being glossy plastic, then a chrome strip around the middle and a matte black back cover.

The back cover snaps off with relative ease revealing the 1500mAh battery, a microSD card slot and what looks like four external antenna connectors. I’m not really sure what the exposed connectors are for, perhaps to help during hardware testing/debug. Not having to take the battery out to get to the microSD card is a nice addition as well. The phone comes with a 16GB card as well as a microSD to SD card adapter for use in standard card readers. 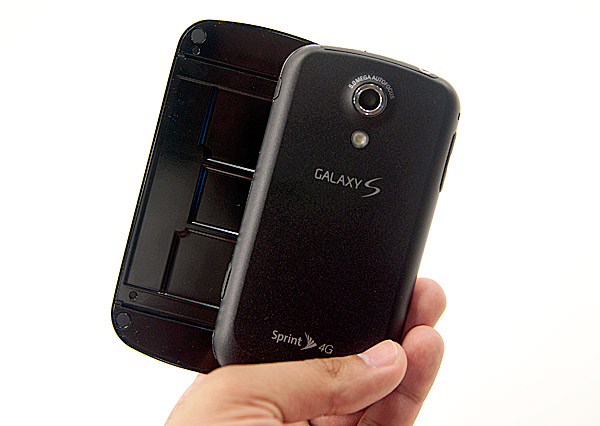 Finally on the back we have a lens for the 5MP camera sensor and a single LED flash.