We hope you’ve enjoyed reading this article as much as we’ve enjoyed putting it together. If you took the time to thoroughly peruse and digest the information within the intricacies of basic memory operation should no longer be such a baffling subject. With the ground work out of the way, we now have a solid platform from which to build as we more closely begin exploring other avenues for increasing memory performance. We’ve already identified additional topics worth discussing, and provided the time shows up on the books, plan to bring you more.

Assumedly, the one big question that may remain: What are the real world benefits of memory tuning? Technically, we covered the subject in-depth last year in a previous article. We suggest you read through it once again for a refresher before you embark on any overclocking journeys (or before you rush out to over-spend on memory kits). Everything written in that article then is just as valid today. We’ve run tests here on our Gulftown samples and found exactly the same behavior. Undoubtably, Intel have taken steps to ensure their architectures aren't prematurely bottlenecked by giving the memory controller a big, fat bus for communicating with the DIMMs. 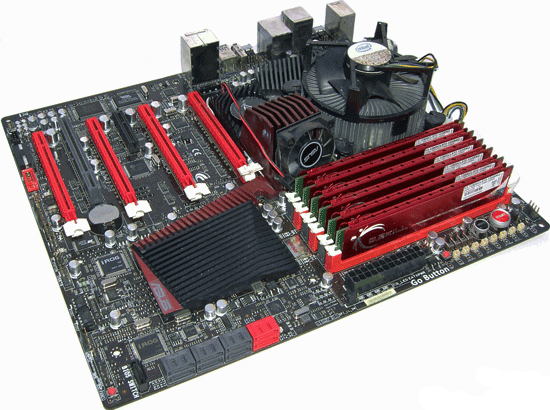 From what we can tell, the next generation of performance processors from Intel are going to move over to a 256-bit wide (quad channel) memory controller, leaving little need for ultra-high frequency memory kits. Thus we re-iterate something many have said before: a top priority when it comes to improving memory ICs and their respective architectures should be to focus development on reducing absolute minimum latency requirements for timings such as CAS and tRCD, rather than chasing raw synthetic bandwidth figures or setting outright frequency records at the expense of unduly high random access times.

Stepping away from the performance segment for a moment, something else that's also come to light is rumored news that Intel's Sandy Bridge architecture (due Q1 2011) will, by design, limit reference clock driven overclocking on mainstream parts to 5% past stock operating frequency. If this is indeed the case the consequence will be a very restricted ability to control memory bus frequency with limited granularity to tune the first 50~70 MHz past each step, followed by mandatory minimum jump of 200MHz to the next operating level. Accessing hidden potential will be even more difficult, especially for users of mainstream memory kits. While there is no downside to this from a processing perspective (hey, more speed is always better), this could be another serious nail in the coffin of an already waning overclocking memory industry.