As I mentioned before, the X's obvious close comparison is the HTC EVO 4G. As noted, the X is a few millimeters taller than even the EVO. Not by much, but still notable. 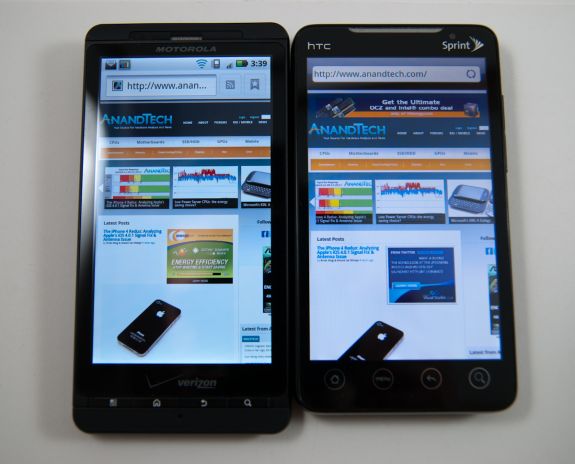 The next interesting comparison is the original Motorola Droid, at least until the Droid 2 comes later this summer. My friend gracioiusly left me his original Droid for the purposes of this review and physical comparison - ironically he's since replaced it with an HTC Incredible, and after playing with my X, will replace it as soon as he can get an X. 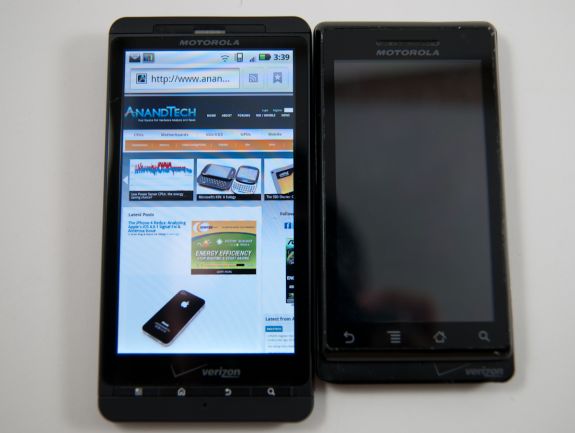 From top to bottom in this following photo is the iPhone 4, HTC EVO, X, Droid, and Nexus One. 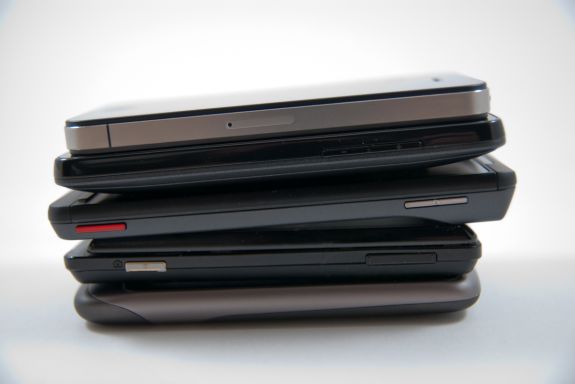 Splayed out on a surface, from left to right; X, HTC EVO, Droid, Nexus One, iPhone 4. We'll talk more about the displays later. My Droid 1 unfortunately lacked a battery which is why the display is off, but later on I'll show a comparison.

We’ve talked about packaging briefly with other smartphones, so we might as well talk about the X’s. It’s there and it’s square. Honestly, the X’s box is a bit spartan, but since Verizon is intent on selling lots of these things, it needs a good pallet density. The X rests inside with little space at top and bottom to spare. 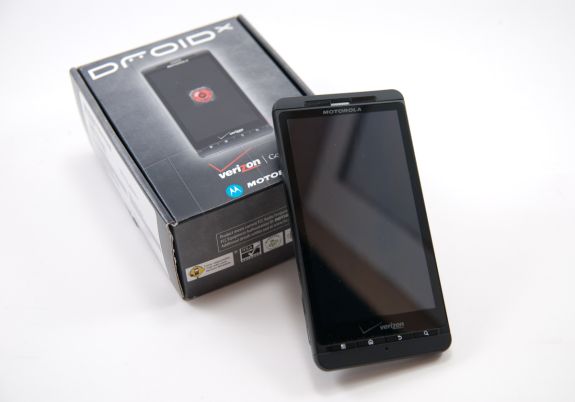 Inside are just the necessities. You get a micro-USB cable which is a short 3 feet or so, and the USB charger. There’s 5 booklets of stuff about phones probably giving you cancer, and a getting started guide in two languages you won’t ever read. None of this paperwork is actually the manual (for that, you have to go online and grab the linked PDF). 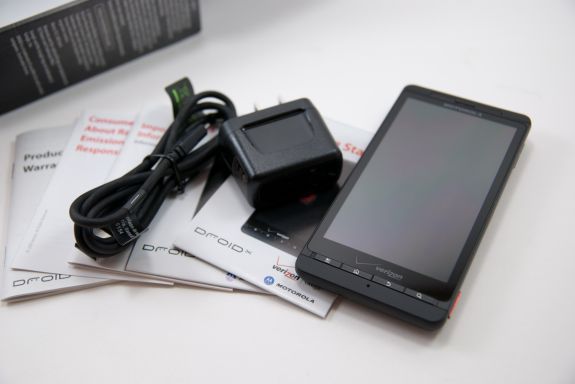 I wish the X’s bundled USB cable was longer. I don’t know what other people do, but I usually put my phone on my nightstand. Maybe it’s just me, but 3 feet isn’t enough to let the phone be plugged in, or in my hands in bed. I almost always end up buying a huge USB extender cable (I’m looking at you, Apple). The Nexus One thankfully came with a generously long cable. Maybe I’m being too picky.

As I noted, the unbranded, class 4 16 GB MicroSD card comes preinstalled in the X. There’s no case, box, or packaging for it, but 16 GB is pretty generous for a MicroSD card.