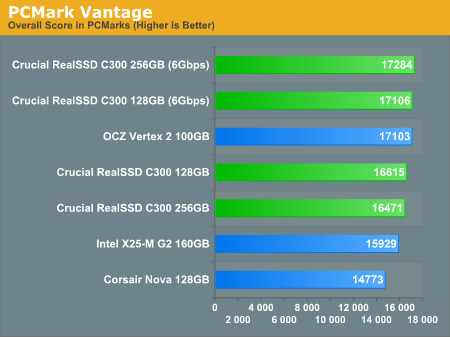 The overall PCMark vantage score puts the OCZ Vertex 2 ahead of the C300 by only 3%. Move to a 6Gbps controller and the C300 is now on par with the Vertex 2. Either way you look at it, general desktop performance should be about the same between the two for workloads exemplified by PCMark Vantage. The real world advantage over the Corsair Nova is 12.5%, just enough to be noticeable. This also reflects what I’ve seen in my own experiences with these drives as a user. There’s a noticeable performance increase between the X25-M/Indilinx class of SSDs and the new guard. It’s not earth shattering, and no where near the gap you see between SSDs and HDDs, but it’s noticeable on fast systems. 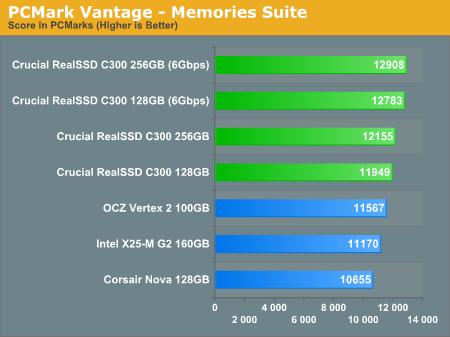 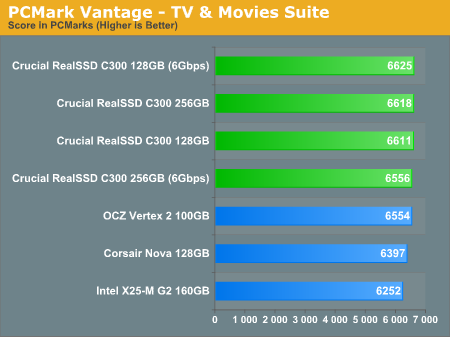 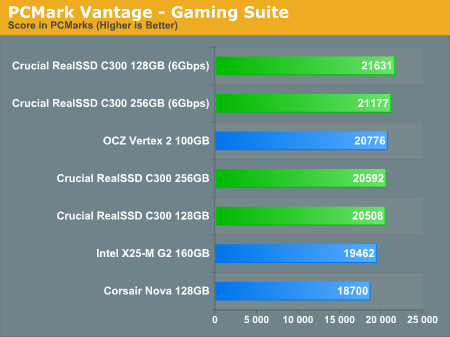 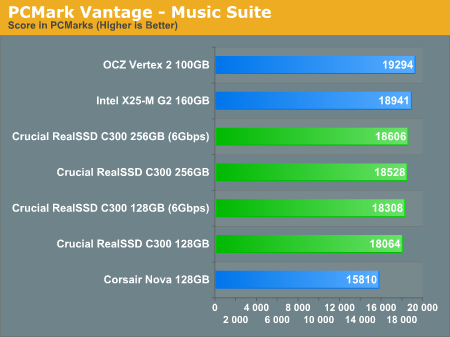 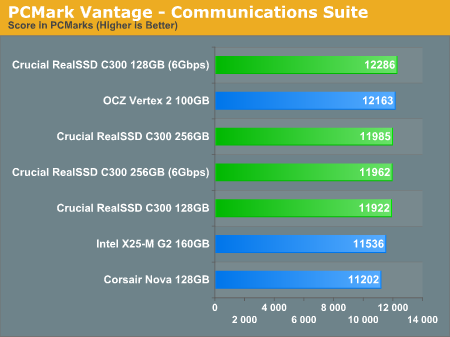 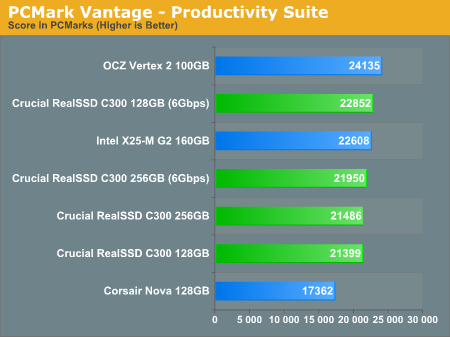 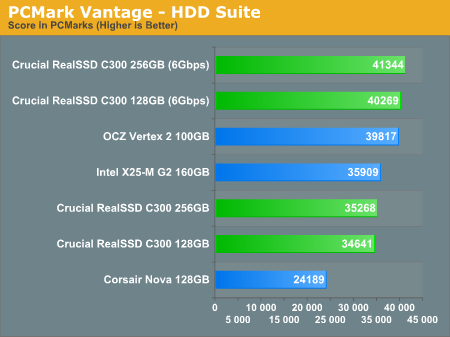 In the HDD suite itself, OCZ holds the clear advantage with the Vertex 2 showing up 15% faster than the 128GB RealSSD C300. Moving to a 6Gbps interface basically levels the playing field between the two.