Kicking things off as always is Crysis: Warhead, still the toughest game in our benchmark suite.Even 2 years since the release of the original Crysis, “but can it run Crysis?” is still an important question. 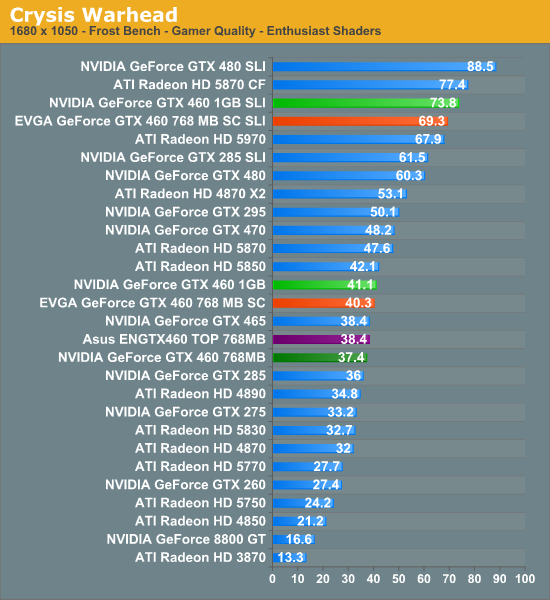 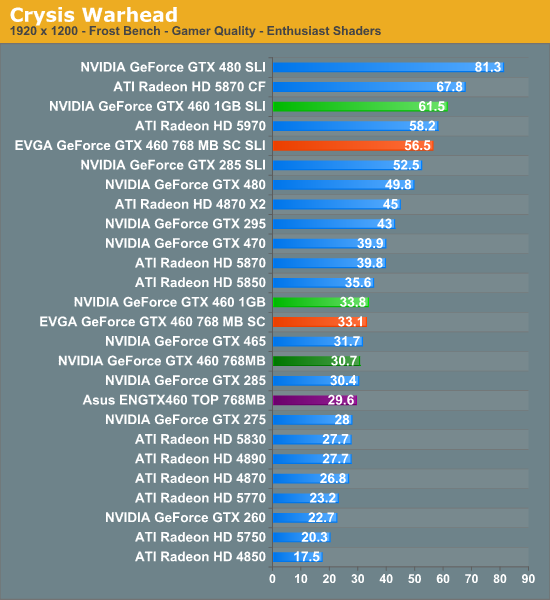 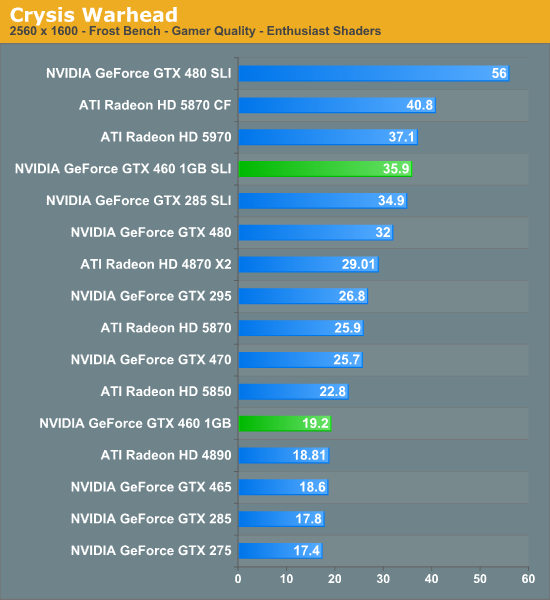 Meanwhile the Radeon 5830 - already a hobbled card due to having half the ROPs of a full Radeon HD 5870 – takes a hard loss here. The 768MB GTX 460 comes ahead at 1920 by roughly 14% even with its RAM disadvantage. AMD definitely has their work cut out for them. As for the Radeon 5850, the 1GB GTX 460 trails right behind it until we hit 2560, where AMD’s continued advantage at high resolutions helps the card pull away some. 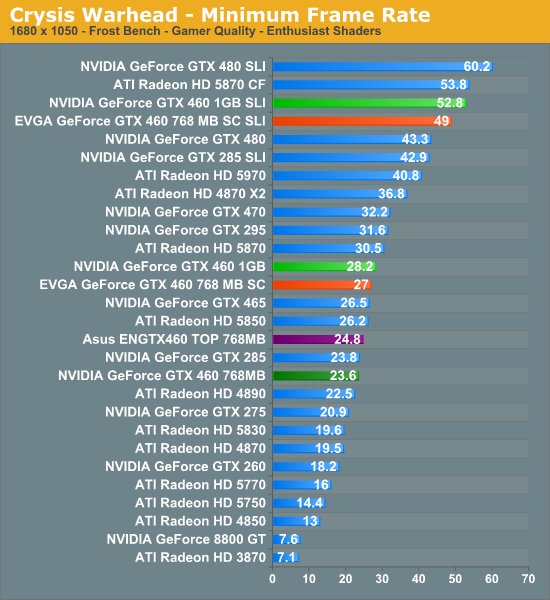 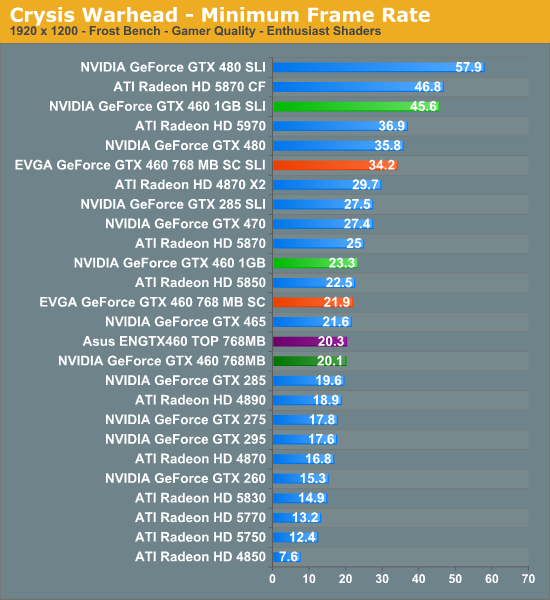 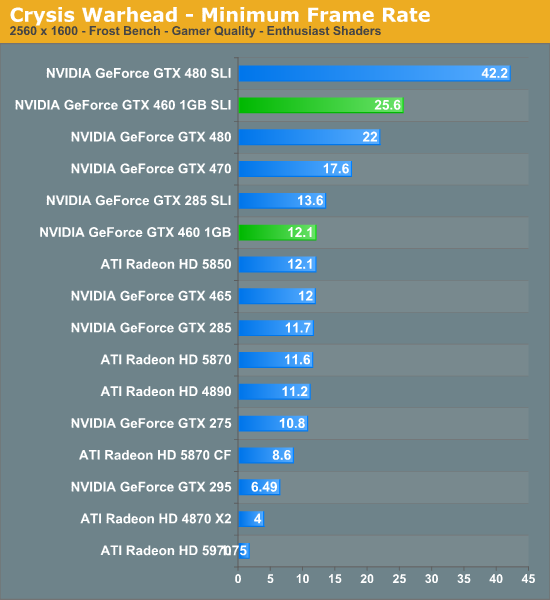 Looking at the minimum framerates, the difference in RAM/L2/ROPs becomes more pronounced. Here the 1GB GTX 460 has a 15% advantage at 1920, and strangely enough even beats a 5850 here. With the greater overhead of SLI this becomes even more of an issue, with our ragtag SLI set of 1GB GTX 460s beats our pair of factory overclocked EVGA 768MB GTX 460s by 33%. Finally the 5830 fares even worse, losing to the 768MB GTX 460 by 35%. In Crysis there is no substitute for more RAM and more ROPs.