Getting Inside the new Xbox 360

To get into the Xbox 360 you’ll need pretty much the same tools you needed to get into the old one. A flat head screwdriver helps, preferably one with a long, thin stem (a tiny flathead is also useful in getting the heatsink clamp off if you want to go that far). You’ll need a torx driver with T8 bit. A phillips head screwdriver if you want to remove the fan on the heatsink and a selection of thin/flat tools to help you pry bits of the case apart.

The bad news is that the new Xbox 360 is not really any simpler to disassemble than the old one. I've included photos of the process here but for larger versions and even more than what I've included inline, check out the gallery below. As always, proceed at your own risk - we're not responsible for any damange to your console that happens as a result of following these instructions. Also know that proceeding with this will surely void your warranty from Microsoft.

To start you’ll want to first remove the hard drive. Next we have two plastic grates on the left and right of the system that pop right off. They are attached using clips along their edges so work one part out with your flat head driver and just pull the rest off. 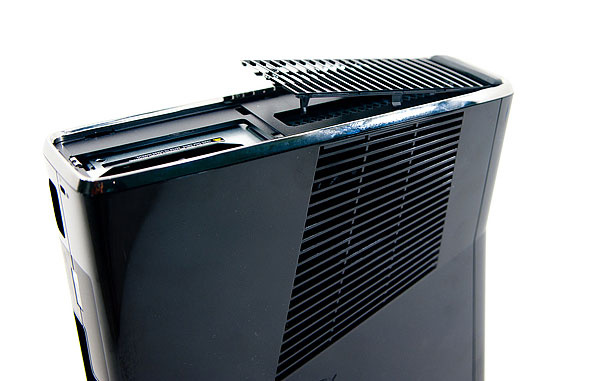 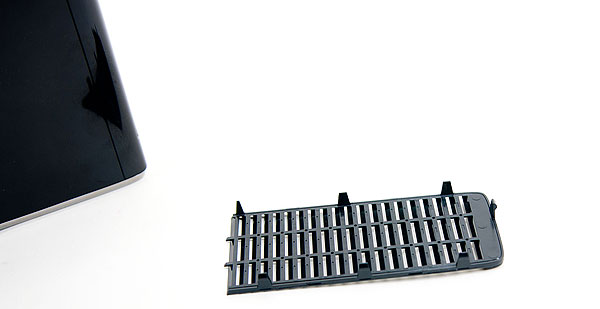 The side without the hard drive is a bit more difficult. I crammed a plastic tool between the chrome casing and the plastic grate to pull it off and then wedged my fingers in there to get the entire piece off. 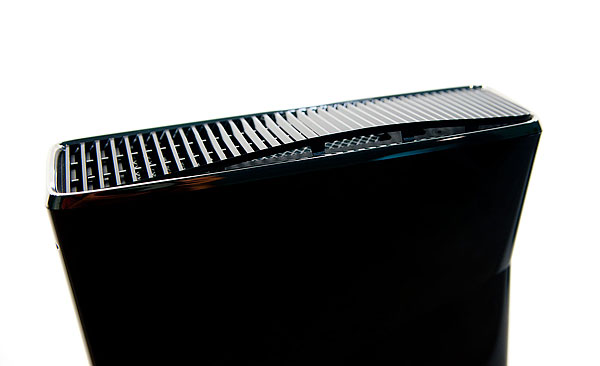 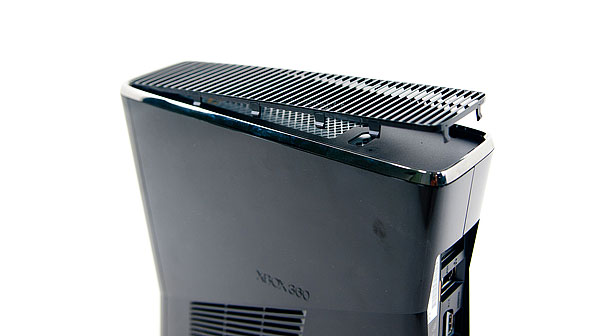 This next part is the first of two hard parts, and I’m not sure there’s a way around this. Removing the two plastic grates will reveal two more black plastic covers. You can wedge your flathead between the plastic cover and the rest of the system and pry it off. 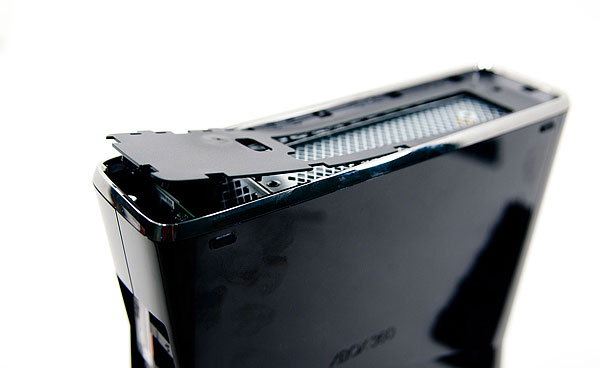 The cover is attached to the system by several plastic stands that fit through little holes behind them. The stands are wider at their outer most edge than they are at the base, too wide to just fit through the hole. In fact, removing these plastic covers will break part of the stands off. It looks like Microsoft did this to make opening the new 360 something that could only be properly reversed at Microsoft itself. Thankfully doing so doesn’t fundamentally ruin the system. 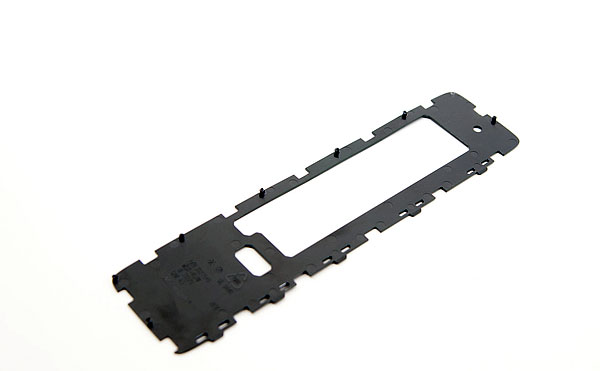 Stick your screwdriver in one of the cutouts and pry away. You’ll see a lot of flexing and then hear a pop, once you hear one move to the next portion of the plastic cover. Do this around the edge until the entire cover is removed. Repeat for the other side of the 360. 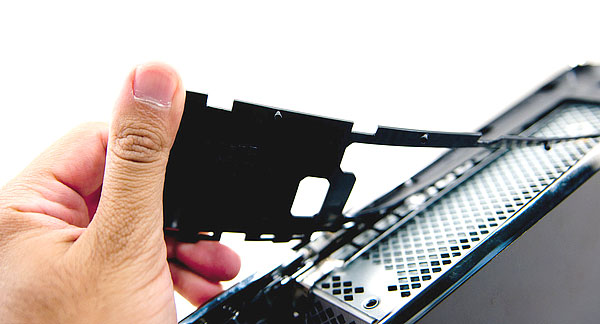 Now you’ve got line of sight into the system itself. Great.

At this point you can also remove the 802.11n card which is held in place by a single screw. Remove the T8 screw and the card slides right out. It is just plugged into an internal USB port. 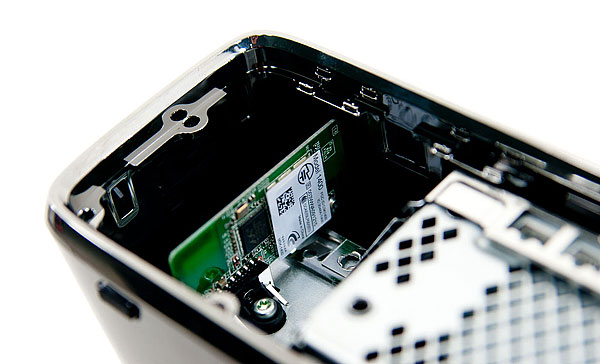 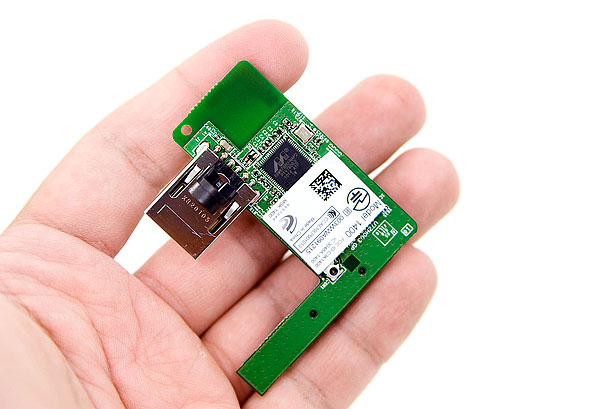 Now we have to remove the two chrome surrounds on either side of the system. These are attached via clips that can be tempted loose using that trusty flat head screwdriver. Wedge it between the clip and the rest of the chassis and push away from the chassis: 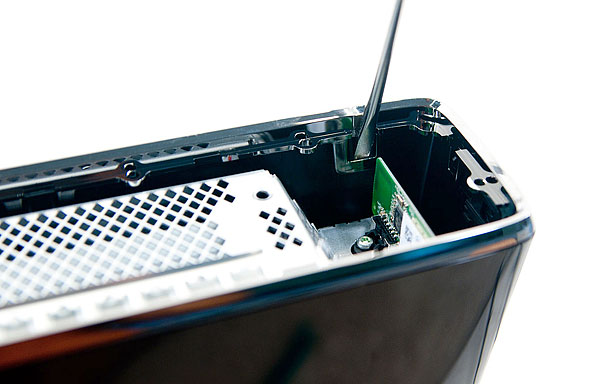 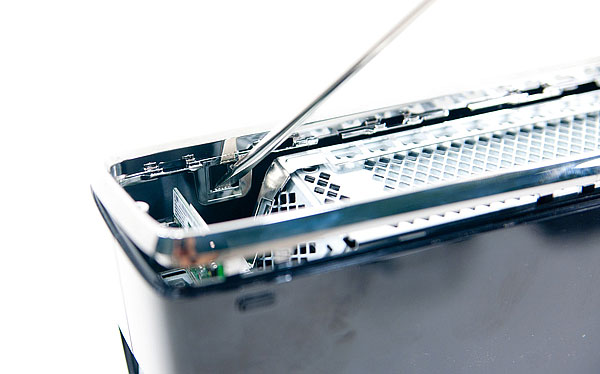 Some clips will give way easily, others will take some coercion. Some of the clips are only accessible via a very tiny, very long flat head. Start with the clips you know you can get off and then try to pry the tough ones later.

You’ve got 6 on one side and 5 on the other chrome lip, the shots below should help you. 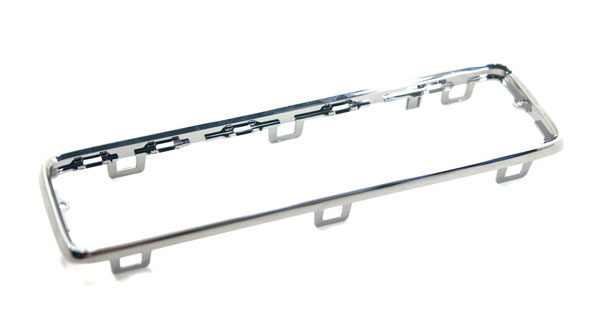 With the two chrome surrounds removed we’re now at the second most difficult part of dissecting the new Xbox 360. Remember these little things: 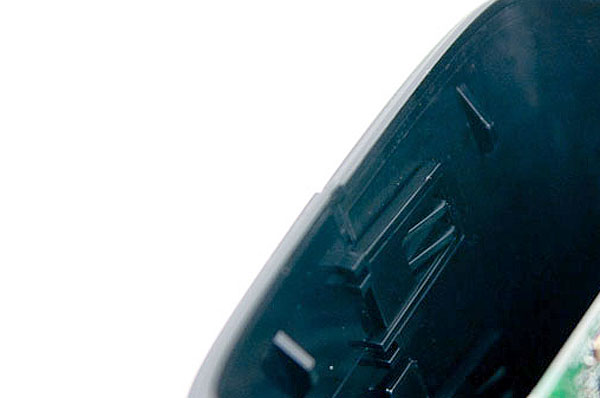 Yep, they’re back, and even more of a pain.