Power Consumption: 50% of the Original Xbox 360, and Quieter

Moore’s Law is good for any of three things: 1) increasing performance, 2) adding features, 3) reducing power. Consoles have the benefit of not having to worry about improving performance or adding features over time. There are no changing API specs and games are always designed to the same hardware performance level. This leaves us with improvements in power consumption (and Microsoft’s profitability). 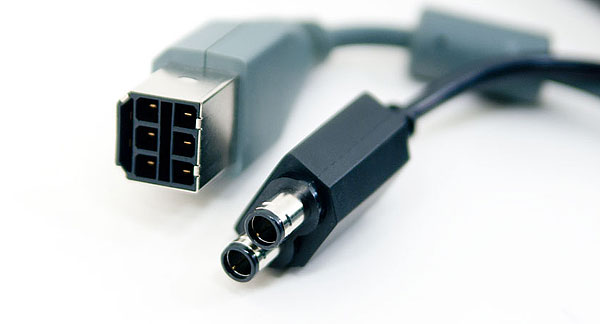 The new power brick isn’t compatible with the old Xbox 360s. At 135W it isn’t enough to power even the Jasper Xbox 360 and thus you get a new power connector. It’s much lighter than the old unit and a bit smaller, but still larger than anything you’d get with a notebook for obvious reasons. 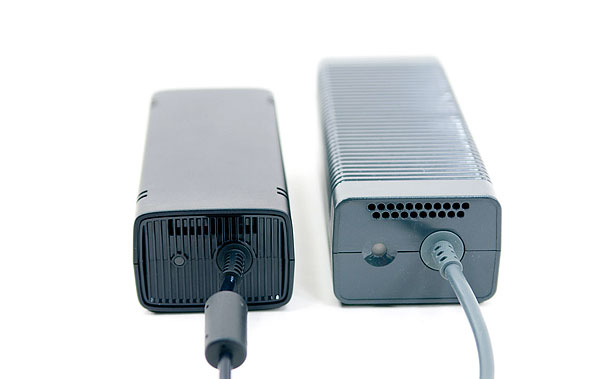 Given my plethora of Xbox 360s I happen to have a good amount of historical data on power consumption for all of the major revisions, I’ve added the relevant Valhalla numbers below. 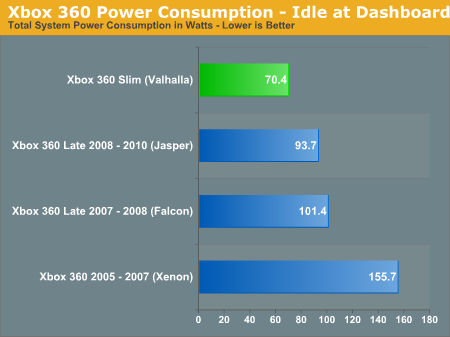 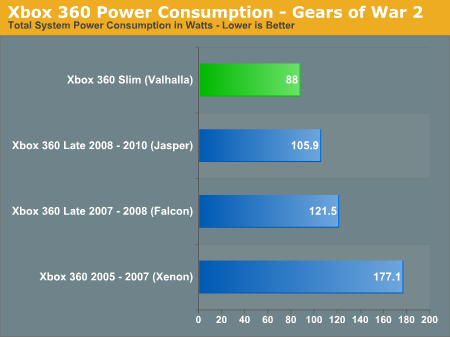 The biggest improvement is actually when the system is totally off. The new Xbox 360 slim pulled 0.6W compared to over 2W for the older 360s while doing nothing more than being plugged in. Idle power is roughly 75% of what it was with the Jasper Xbox 360 and load power is around 80 - 83% of what we saw with the previous generation. Note that the new Xbox 360 consumes less than half the power of the original 360!

Idle power consumption is actually not very impressive for a 40nm Xbox 360 if that's indeed what we're looking at. A modern day Core i5 system with an efficient power supply will idle at under 70W with a beefy discrete graphics card. While this is a significant drop compared to previous Xbox iterations, it's not impressive as a computing device.

The savings are tangible however and also result in a cooler, quieter system. The CPU and GPU are now cooled by a single, larger fan that keeps idle noise down to a minimum. I measured noise levels between Valhalla and Jasper at 2” away from the chassis and came up with the numbers below:

The measurements were taken in my office with a noise floor of around 37 dB(A). At idle the new Xbox 360 slim is noticeably quieter, but still audible. The drop in idle noise is perfect for those of you who use the Xbox 360 as a HTPC of sorts. You can still get quieter out of a well designed HTPC however.

While spinning a disc the old Jasper was absurdly loud it is more bearable on the new 360. It’s still not silent (nor can it be while quickly spinning a disc) and you’ll still scratch discs if you move the Xbox 360 while a disc is spinning, but it’s an improvement.