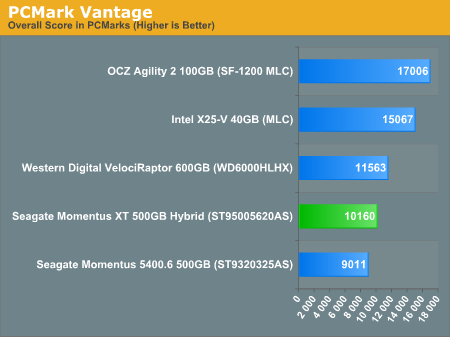 The PCMark Vantage Suite puts the Momentus XT smack in the middle of the 5400.6 and the VelociRaptor. The individual suites generally tell a similar story, although in some cases the drive actually outperforms the VelociRaptor. 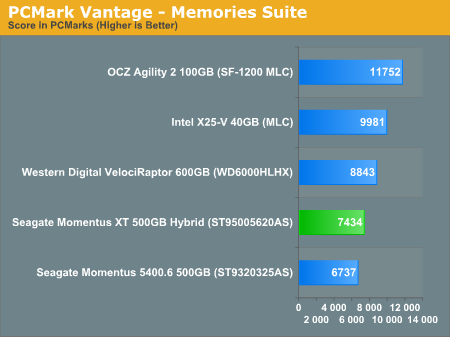 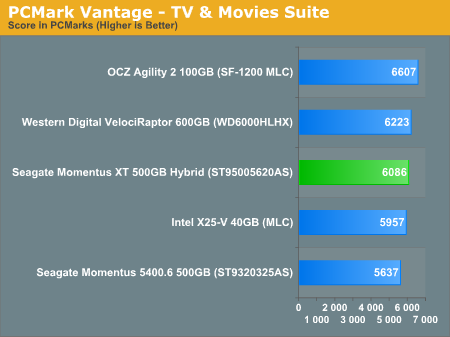 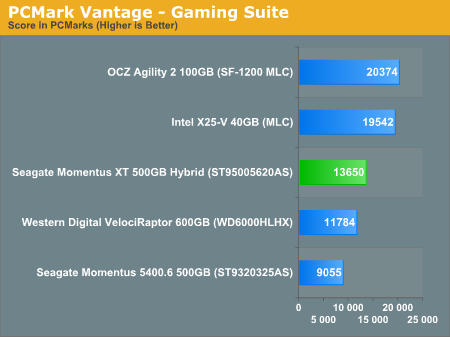 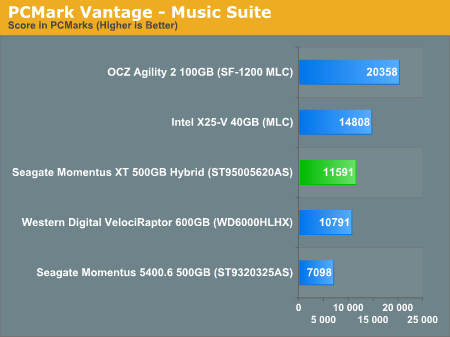 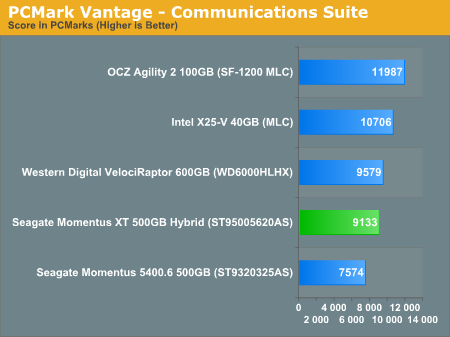 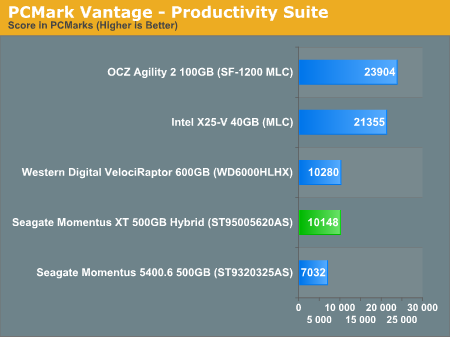 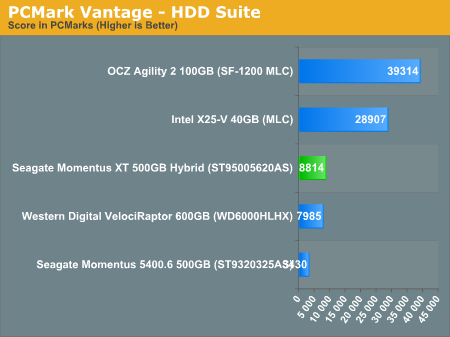