Back in 2006, technology newcomer Bigfoot Networks announced the Killer NIC, an unusual network interface card targeted at the high-end gaming market. With this coming fairly shortly after solid consumer-grade NICs became universally integrated in to motherboards, the timing wasn’t the best. At $280, neither was the price.

The Killer NIC marked a sort of return to the idea of a complex NIC, forgoing a simple controller/PHY combination in favor of a complex dedicated device capable of acting more independently. By endowing a NIC with a full-fledged microcomputer running Linux, not only could the card offload virtually every part of processing required for network operations, but it could even bypass Windows’ notorious networking stack and handle packets in a manner better suited for low-latency use (i.e. games). In turn the Killer NIC would be able offer lower and more stable pings than standard NICs, and with lower CPU overhead increase game/application performance too. 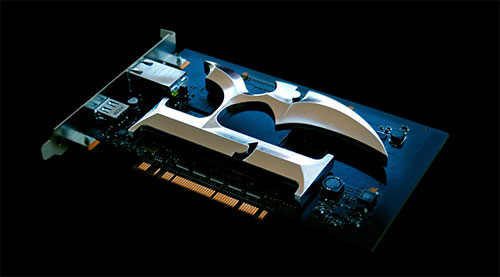 The original Killer NIC in 2006

The reality of the hardware didn’t quite live up to the initial hype. In our review of the original Killer NIC the results were a mixed bag: offloading did improve game performance slightly in CPU-limited situations, but we couldn’t find any significant improvements to ping/latency in games. Ultimately any benefits the card could offer couldn’t justify the $280 price tag even among the high-spending gaming crowd. Later in 2009 they released their second-generation Killer Xeno Pro, but even with a lower price the results were much of the same.

Flash forward to today and Bigfoot Networks has continued their product development unabated, bringing us to their latest product: the Killer 2100. The 2100 is Bigfoot’s 3rd generation Killer NIC, and will be replacing the Killer Xeno Pro. We will be reviewing the card next week when our sample arrives, but ahead of that we wanted to do a quick rundown of what we know thus far after talking to Bigfoot. 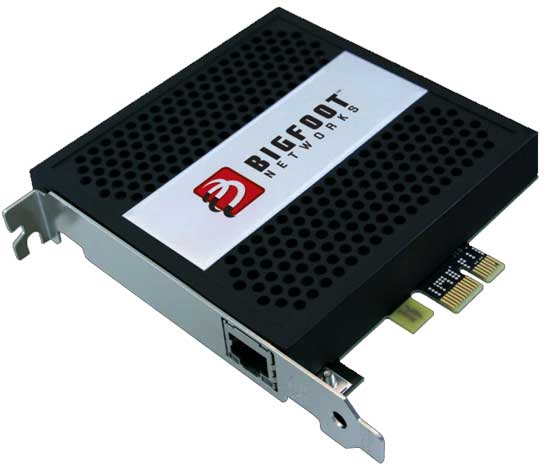 Let’s start with the hardware:

Bigfoot tells us that the Killer 2100 hardware isn’t significantly different from the current Killer Xeno Pro. The biggest change is that Bigfoot has ditched all non-Ethernet functionality, dropping the USB port and the 3.5mm audio jacks, leaving only the RJ-45 port. Internally hardware is largely the same. The network processor continues to be an embedded PowerPC CPU, which was likely chosen for PowerPC’s big endian support.

As the hardware is being left relatively unchanged, the significant introduction for the Killer 2100 is the software stack, which Bigfoot is telling us had a major overhaul. As you may recall the entire Killer NIC line runs an embedded Linux distribution on the NIC, so in this case a software overhaul means upgrading both the embedded Linux distribution and the end-user Windows software.

Bigfoot hasn’t told us much about what they’ve done on the Linux side of things, although they are calling it a whole new architecture. In any case the fundamentals of the Killer NIC haven’t changed – it’s still based around bypassing the Windows networking stack on low-latency applications – with features such as application prioritization, offloading, and shaping/throttling bringing up the rear. The biggest low-level change we do know about is that Bigfoot has done something about the Killer Xeno Pro’s previously poor throughput, which means that the Killer 2100 should now be competitive at GigE speeds when operating on a LAN. 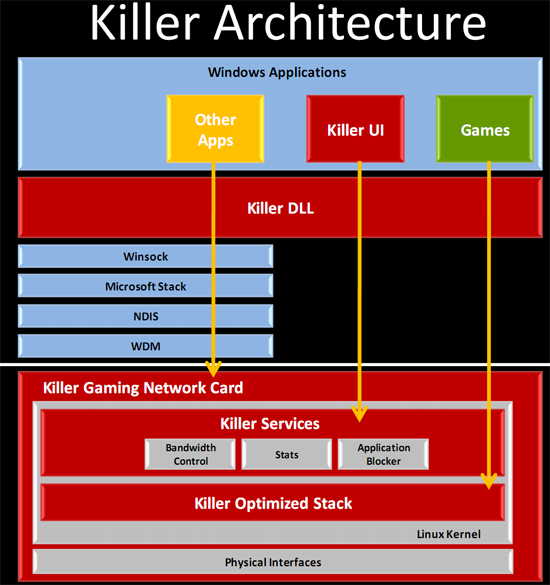 Beyond the usual optimizations, the bulk of the other changes are to the end-user software. Late last year Bigfoot introduced a new utility called Dashboard that augmented the Killer Xeno’s basic control panel with a more advanced graphical readout of the card’s status. The Killer 2100 is going to take this all the way, giving the Dashboard (now the Killer Network Manager) greater control over the card. This culminates in a new feature they are calling Visual Bandwidth Control, which in a nutshell is a graphical readout of each application’s bandwidth usage in order to see what each application is using and being able to set bandwidth throttles accordingly. Throttling itself isn’t new, but being able to visualize per-application usage from the NIC is, and is the cornerstone of what they’re calling their key breakthrough – allowing the user to better monitor the card. 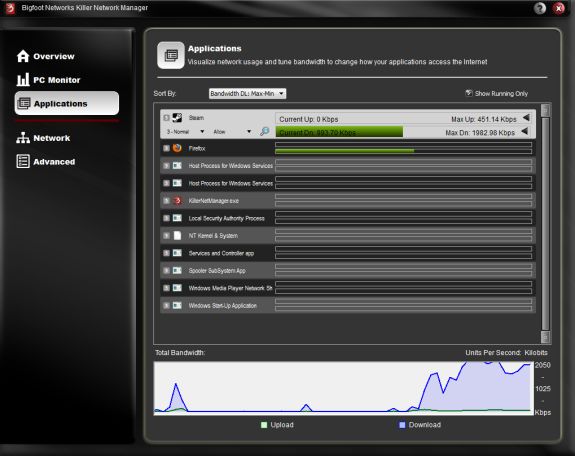 Along with this, Bigfoot is also rolling out a new NIC benchmark they are calling Gaming Network Efficiency (GaNE). This is intended to solve one of Bigfoot’s biggest issues in selling the card – being able to showcase the difference in a reliable manner. Although we’re always leery of vendor-provided benchmarks, Bigfoot has offered us the source code to GaNE and we’ll be looking at it once our sample arrives to see if there’s anything to it.

GaNE also marks a bit of a shift in how Bigfoot will be marketing the Killer lineup. In their meeting with us, less of an emphasis was placed on total latency in favor of network jitter (which GaNE can conveniently benchmark). Bigfoot claims that the Killer 2100 has much less jitter than standard NICs, which would serve to keep latency more stable and avoid triggering undesired responses from games that believe that latency is spiking. Bigfoot still believes that the Killer 2100 will offer better latency through the combination of better jitter and their own optimizations towards latency by reducing buffering where applicable, but it’s certainly a more realistic approach than focusing solely on latency, something that’s largely out of the NIC’s hands in the first place.  All of this we will of course be testing to see how truthful it is and what impact it actually has.

The Killer 2100 will be selling at the same $129 price as the existing Killer Xeno Pro, cementing its spot as the Xeno Pro’s replacement. Bigfoot’s official press release leaves the actual availability date open with a simple “coming weeks”, although for North American distribution it sounds like it could show up as early as this week.

We’ll have more on the Killer 2100 in our full review next week, so stay tuned.