Not all heavily threaded workloads will show the Phenom II X6 in a good light. Here Intel maintains the advantage: 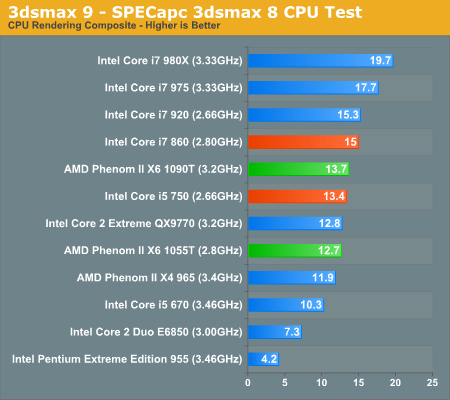 Single threaded performance is obviously an Intel advantage, but crank up the thread count and there's no match for the Phenom II X6. As we pointed out earlier, if you've got a lot of CPU intensive threads there's no replacement for more cores. 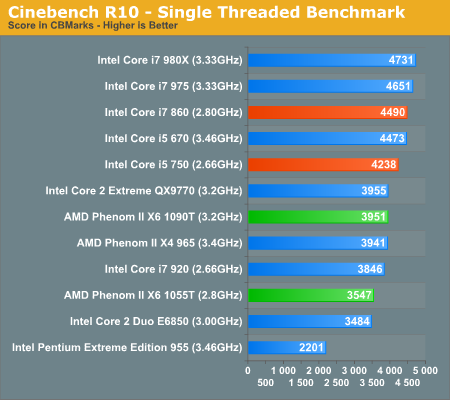 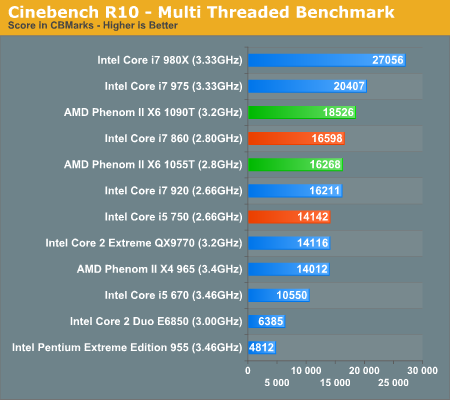 Once again, the Phenom II X6 does very well here. 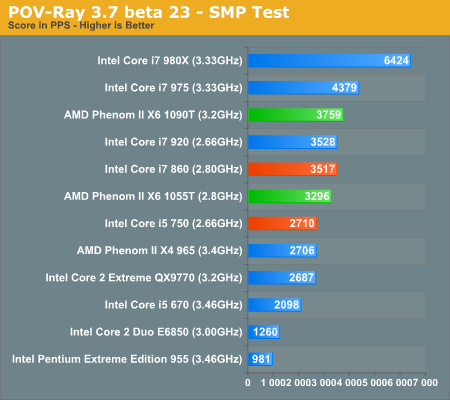