We dropped by ASRock’s display area to have a look at a few new products that ASRock is introducing at CeBIT 2009 and an interesting update on a recently released product. We just received the products we are discussing today and will have product reviews up later this month. 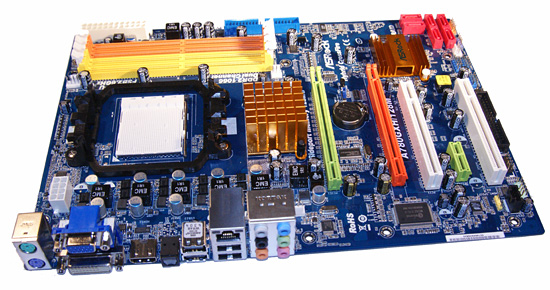 First up is a revised AMD 780G motherboard from ASRock. We have been fans of their current series based on value to performance ratios and ASRock has listened to some of our requests for changes. The A780GXH/128M features the 780G Northbridge and the updated 710 Southbridge. This is the first 780G board to feature this combination and along with it comes full support for AMD’s OverDrive (AOD) application and Advanced Clock Calibration (ACC) technology. In early testing, this combination has worked flawlessly with our older Phenom 8750BE/9950BE processors along with the new Phenom II X3 720BE. In fact, it allowed us to unlock the fourth core on a couple of our retail 720BE (0904 lot code) processors.

ASRock also includes their Instant Boot (full resume in 5.6 seconds on this board) technology, OC Tuner application, and Intelligent Energy Saver (IES) system that reduced idle and load voltages around four to six watts on average. The BIOS is full featured for a board in this class segment and offers the main voltage, chipset, memory, and CPU options to overclock a variety of AMD AM2+/AM3 processors. 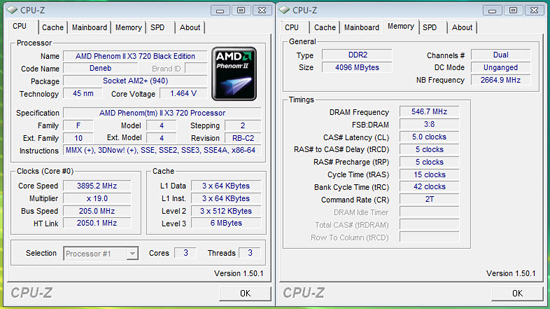 In fact, we had little trouble getting our latest 720BE up to 3.895GHz under Vista 64 SP1 with 4GB of memory running at DDR2-1092 and the NB speed at 2665MHz. The board also features a very high quality 5-phase power delivery system that fully supports the older 140W 9950BE processor series. We have been very pleased with this board in early testing. A similar feature set will be available on the A780GMH/128M in an uTAX form factor design. 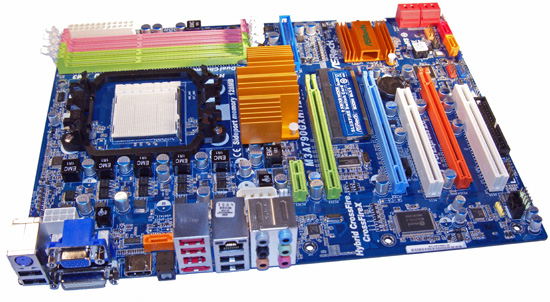 ASRock also includes their Instant Boot (full resume in 6.2 seconds on this board) technology, OC Tuner application, and Intelligent Energy Saver (IES) system that reduced idle and load voltages around three to five watts on average. ASRock has introduced a enthusiast friendly BIOS that includes a significant number of options to designed to get the most out of this board, including a several auto OC options (5%~50% range) that worked perfectly.

We ran a few quick overclocking tests right before CeBIT started and memory performance is on par with the ASUS M4A79T Deluxe board at like settings up to our 3.8GHz clock speed at this time. Early benchmarks indicate similar application performance also with single card tests to date. We will have further results shortly. In the meantime, this looks like a very nice board choice to pair with a 720BE. 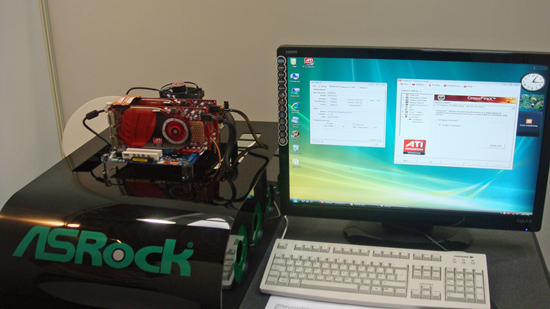 Last, but not least, ASRock has developed a BIOS for their N7AD-SLI (NV 740a SLI chipset) motherboard that allows it to operate with either an SLI or Crossfire setup. We just received the BIOS and will test it shortly. However, ASRock was showing a performance comparison against the Gigabyte EP45-DS3P motherboard with two HD 4850 cards in CrossFire. The systems were setup with a Q9400, 2GB of DDR2-800, 500GB HD, and Vista 32 SP1. Their 3DMark Vantage results showed a slight lead for the N7AD-SLI board with a final score of 5927 compared to 5854 on the Gigabyte board. Therefore, it appears from initial indications that CrossFire performance will not suffer on this particular board. If NVIDIA could end user suffering by allowing SLI operation on chipsets other than the X58 then we would be happy.