I've been working on a few major projects lately and each time I'm nearing completion of one, something even more tempting comes my way.

I've got part 2 of the HTPC build process coming along, despite serious advances in hardware acceleration and mature platforms like AMD's 780G there's unfortunately no perfect HTPC setup at this point. I'll explain more in the article.

Hothead sent over a couple review copies of On the Rain-Slick Precipice of Darkness, both Jarred and I have finished the game and it's just a matter of writing the review up.

Then there's OCZ's nia, the gaming input device that uses your facial muscles to control in-game actions like jumping and shooting. I would be working on all of these things except that today an early sample of ASUS' Eee Box arrived at my doorstep: 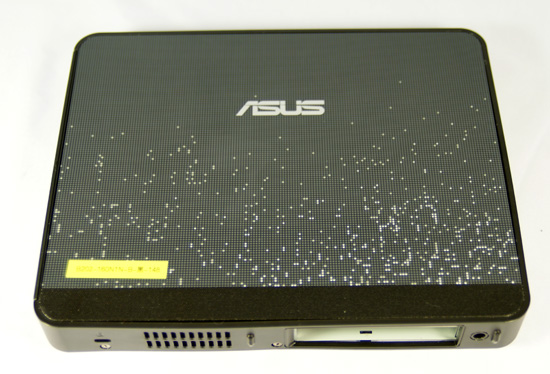 The Eee Box is the desktop brother of the Eee PC.

Like its mobile counterpart, the Eee Box is designed to be a low cost desktop that won't break speed records, but should be fast enough for basic tasks. 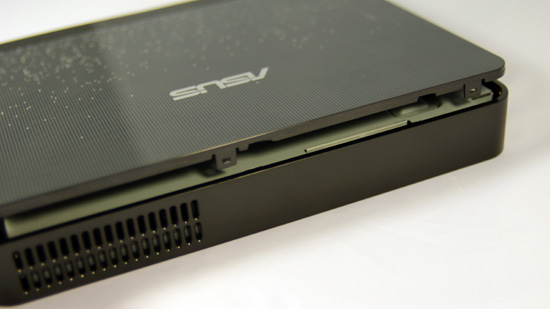 The machine I received features a 1.6GHz Intel Atom processor paired with an Intel 945G chipset, 1GB of DDR2-667 memory (a single SO-DIMM module is installed) and a 160GB Seagate Momentus 5400.4 2.5" SATA hard drive. There is no optical drive but the machine has built in Gigabit Ethernet and 802.11n wireless. Bluetooth is also built in so you can setup the machine to only have two wires coming out of it (DC power and DVI out to your monitor). 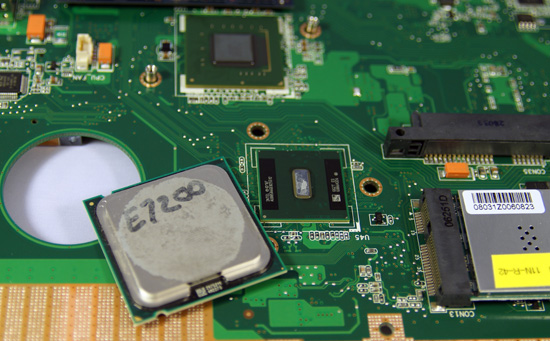 ASUS will be shipping three models of the Eee Box and unfortunately I don't have pricing or availability information on any of them at this point. I expect to have more details by the time the review is complete. I do have some early impressions though:

I'm working on performance testing now and I'll keep you posted on how this thing stacks up. I don't have any VIA C7 based platforms in my lab so my first performance comparisons will unfortunately only be to Intel CPUs.

On a side note, after using Windows XP all day on this thing I've completely forgotten how light the OS feels compared to Vista.