Finally among our revised benchmark suite we have Wolfenstein, the most recent game to be released using the id Software Tech 4 engine. All things considered it’s not a very graphically intensive game, but at this point it’s the most recent OpenGL title available. It’s more than likely the entire OpenGL landscape will be thrown upside-down once id releases Rage later this year. 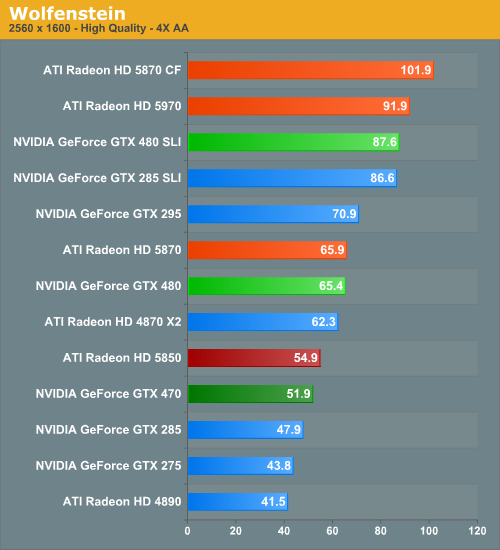 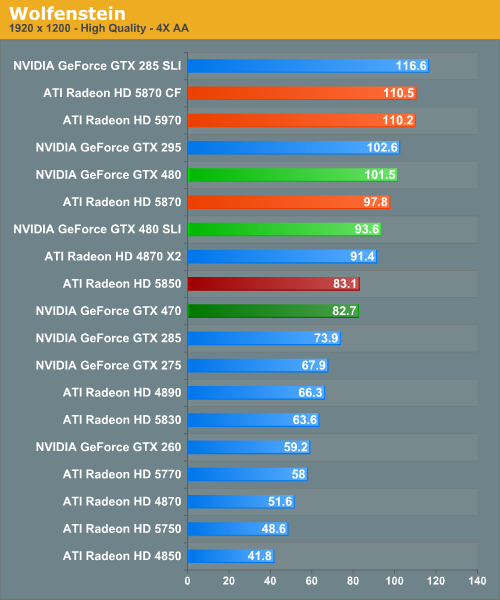 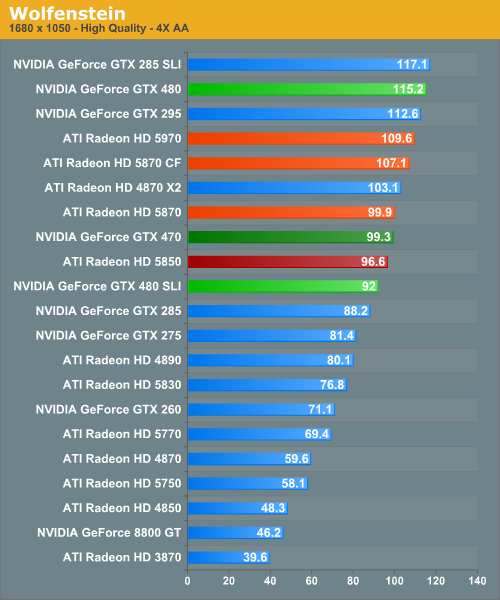 The most distinguishing result in this benchmark is that it once again shows the Radeon and GeForce performance gap closing with resolution, with the GTX 480 going from a 15% lead to a fraction of a percentage loss by the time we reach 2560. The GTX 470 shares a similar story, however it ends up with a more definite loss by the end. Given the framerates we’re seeing at 1680, it’s likely that we’re CPU limited and are seeing driver overhead come in to play.

Mass Effect 2 Temperature, Power, & Noise: Hot and Loud, but Not in the Good Way
Tweet
PRINT THIS ARTICLE
Comments Locked