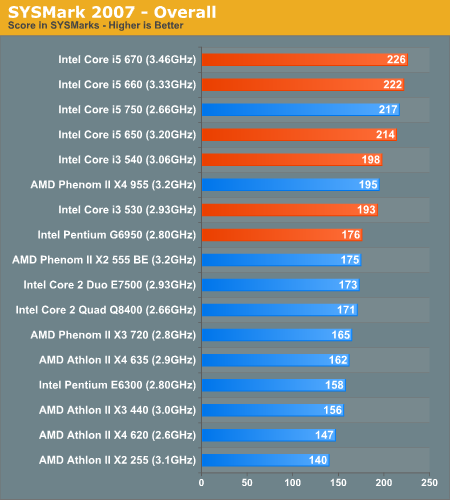 SYSMark ends up being a fairly lightly threaded test, optimized mostly for dual core processors. As such, the Athlon II X3 doesn't really get much benefit from that third core and ends up being more of a Penryn competitor than in the same class as the Core i5/i3 and Pentium G6950.

As a business desktop machine, the Pentium G6950 is a competant option. Clearly slower than the Core i3 530 but not much else. The faster dual core i5s do well here. 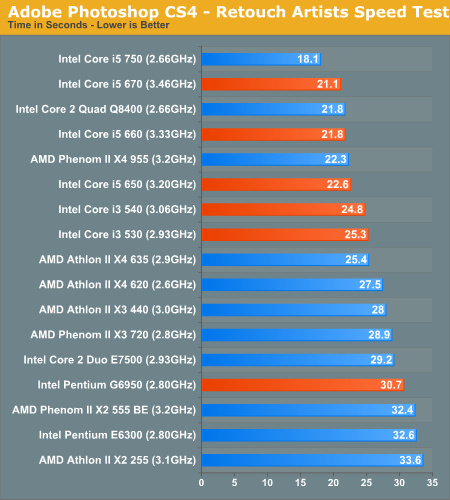 For a photoshop workstation, Intel's quad-core i5 can't be beat by anything in the i5 lineup - even if you spend more than $200. The Pentium G6950 doesn't do so well here. While it's faster than the Pentium E6300, it's slower than the Core 2 Duo E7500 and AMD's Athlon II X3 440. Photoshop likes to spawn CPU intensive threads and thus Hyper Threading actually matters here. You'll want at least an i5 if you're building a good Photoshop box.