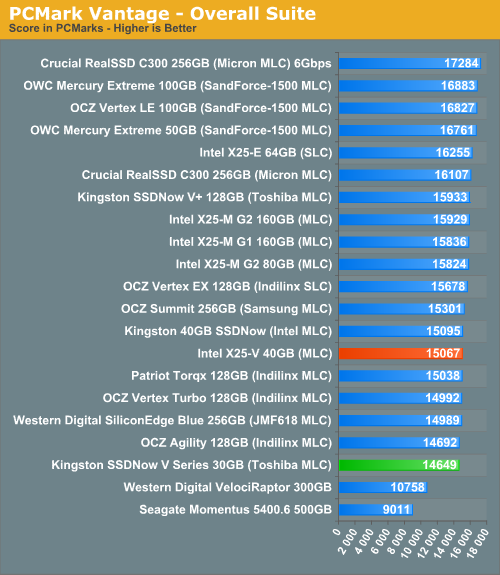 The Intel and Kingston value drives manage to stay close throughout almost all of the PCMark benchmarks. In the Productivity and HDD tests Intel manages to pull ahead by a noticeable margin however. 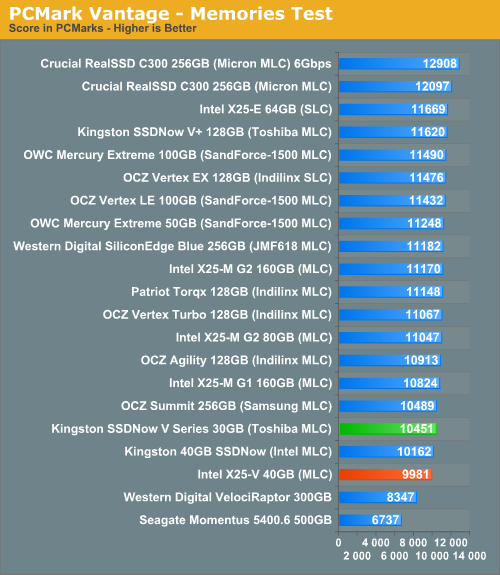 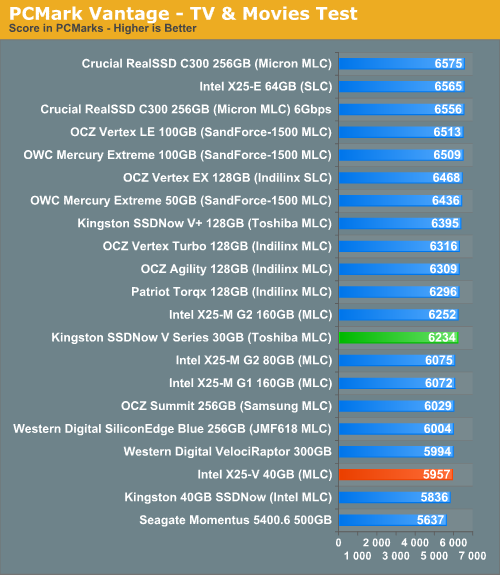 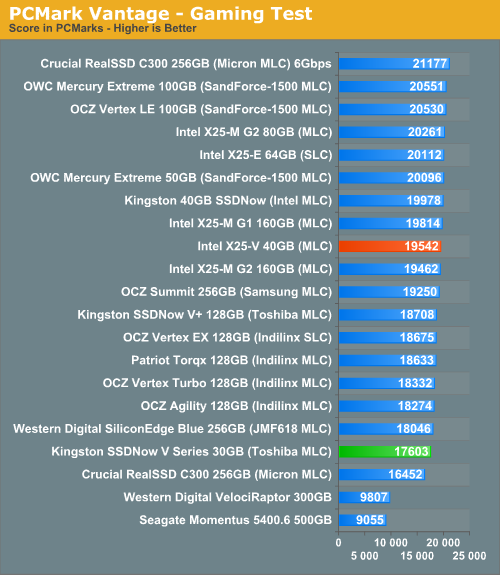 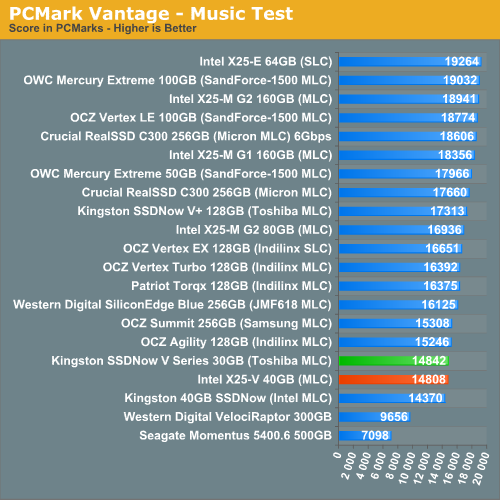 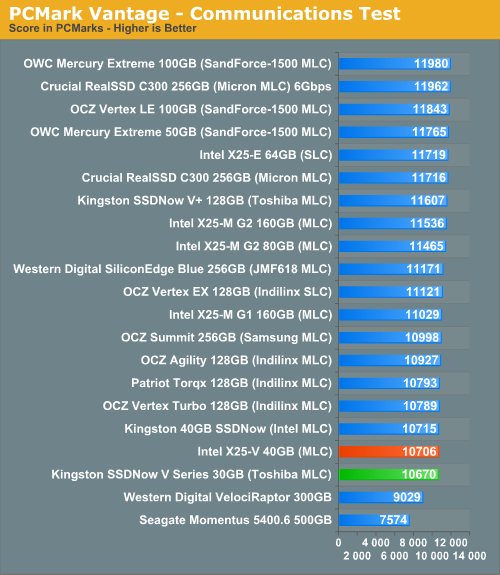 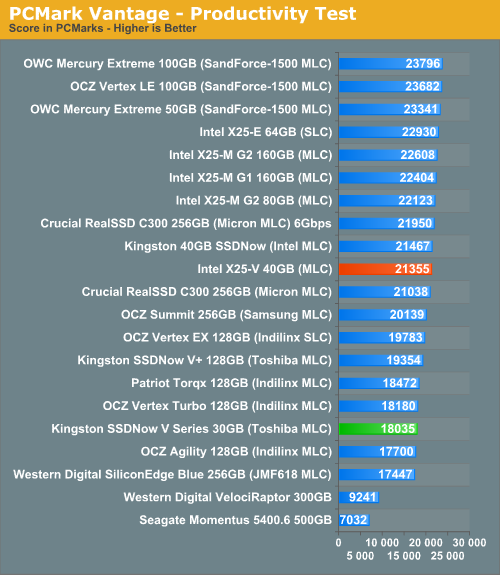 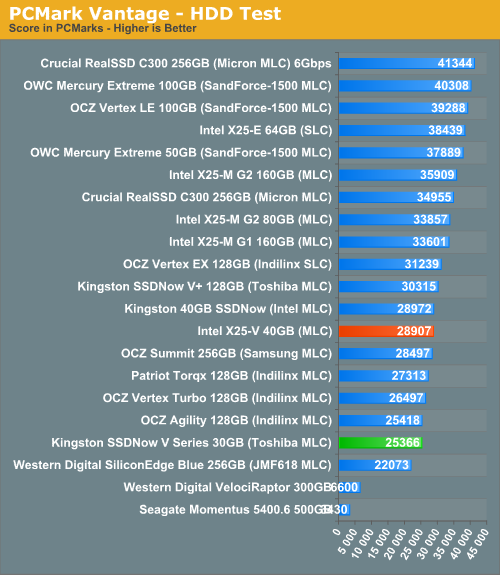