As a preface to the performance benchmarks of the Eee 1001P, let me say this: Atom is still dead slow. The transition from Diamondville/XP to Pineview/Win7 Starter is essentially a wash, since you combine a marginally faster processor in Pineview with a heavier and thus slower operating system in Win7. Honestly, I would rather have XP on a netbook—any netbook. Win7 Starter is annoying and unsightly when compared to the "full" version of Win7 Home Premium and shouldn't exist in any corner of the market with its lack of Aero and the ridiculousness of a fixed desktop background. The capabilities of netbooks have not changed—you still can't play HD video or HD flash without ION or a Broadcom HD chip, and you can't really do much more than run a word processor and a browser simultaneously. 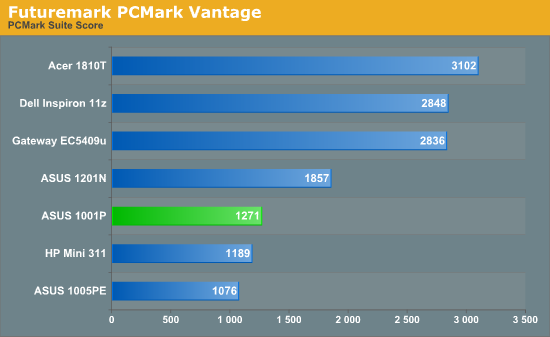 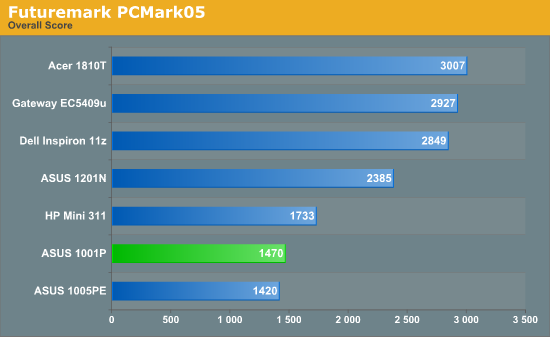 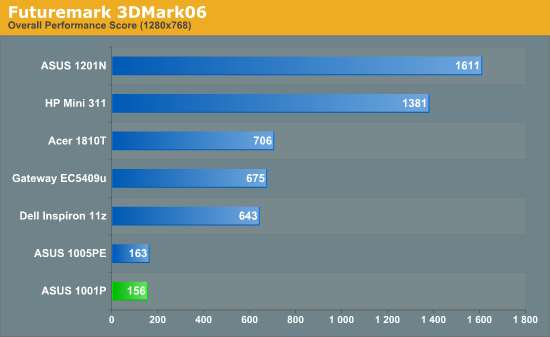 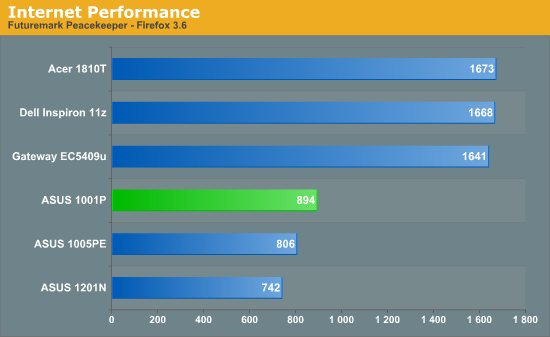 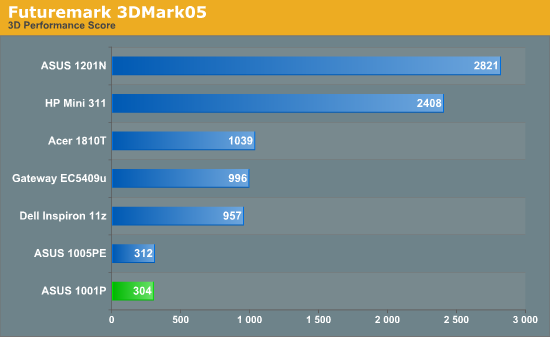 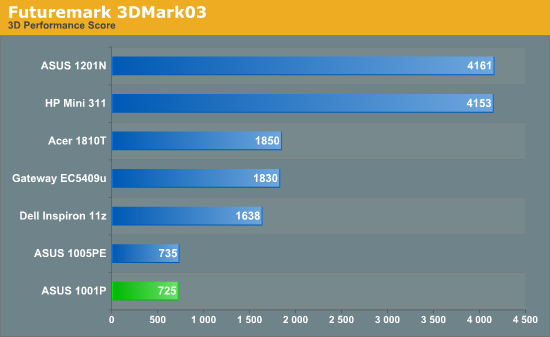 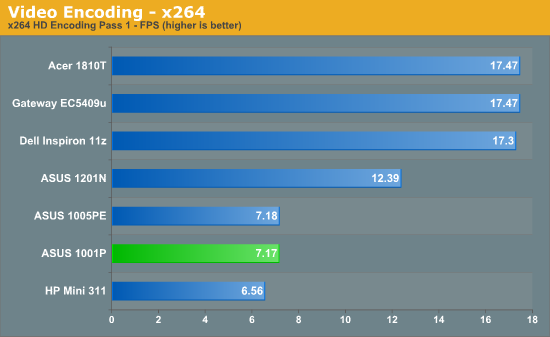 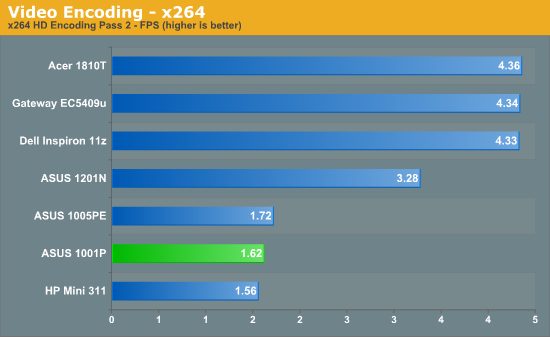 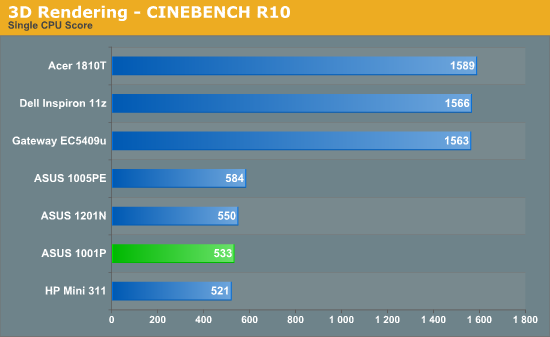 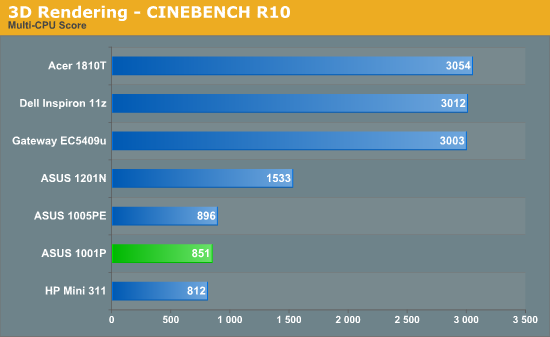 For those of you who noticed that the 1001P's hardware specs are exactly the same as the 1005PE and expected similar benchmarking results, you're spot on. For those of you expecting the first true netbook offering decent performance, feel free to keep waiting. (I exclude the 1201N, since it has the dual-core desktop variant of the original Atom processor. It's an interesting experiment, but not a real netbook in the conventional sense.) The 3DMark results are pretty much level with the 1005PE, while the PCMark tests actually show an increase. The slight differences come mainly from newer, more mature drivers from Intel and potentially a faster hard drive. Regardless, the performance tests are mediocre across the board, which by netbook standards is about par for the course.

If you're still wondering about gaming performance, let's try to put things in perspective. The GMA 4500MHD found in current CULV designs is wholly inadequate for anything more than Spore or The Sims 3, and even then you'll need to run at low resolutions with minimum detail. And as bad as the 4500MHD is for gaming, it's two to four times faster than the GMA 3150! That's not even getting into the fact that most games take an eternity to load with Atom and 1GB of RAM. So don't worry about gaming on a Pine Trail netbook and you'll be a lot happier.