In my review of OCZ’s Vertex Limited Edition SSD I previewed some of the results of the world’s first SSD with native SATA 6Gbps support - Crucial’s RealSSD C300. Capable of sequential read speeds greater than 333MB/s, the C300 is the only drive in the world that can actually benefit from 6Gbps SATA at this point.

There’s just one problem. My RealSSD C300 died in the process of testing it with the 890GX. I don’t believe it was the motherboard or chipset, but right now it looks like I stumbled upon an untested usage case that put the drive in a state where it won’t even let a system POST anymore. 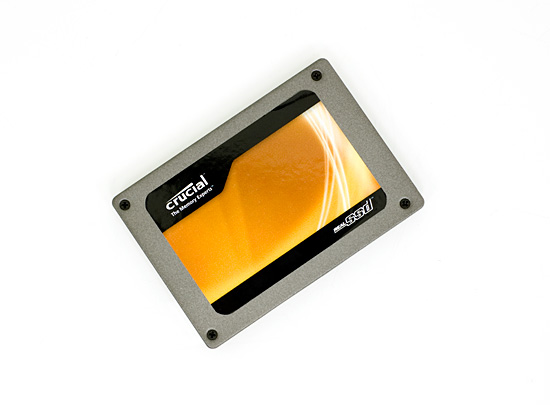 It’s because of situations like this that I’ve been very cautious in recommending any new SSDs. Hence my conclusion in the Vertex LE review:

“Go up another $100 and the recommendation is easily the Crucial RealSSD C300. Again, assuming that nothing horrible ever happens with the drive. I do have more faith in Crucial’s validation testing given that Micron is shipping the same drive to OEMs, but it’s still a brand new, unproven platform.”

With the bricked C300, I can’t provide any 6Gbps results on the 890GX unfortunately. I should have a new drive in about 12 hours so I’ll update here once I do get it. With the C300 out of my parts bin, I switched to a drive that could really push the limits of 3Gbps SATA - the OCZ Vertex LE.

Unfortunately, in doing so I uncovered another problem - this time with the 890GX. It’s AHCI performance is noticeably lower than Intel’s:

AMD’s south bridge ends up delivering anywhere from 72 - 93% of the performance of Intel’s ICH. While this isn’t something that you’d necessarily see with hard drives, it is something that is evident with SSDs since they do actually push the limits of 3Gbps SATA. To make sure it wasn’t an iometer thing I also copied a 2.4GB x264 over from the boot drive (Intel X25-M G2 160GB) and still noted slower performance on AMD’s chipset. This is actually an improvement over the SB750 used in the 790GX/FX. Performance was even worse back then, particularly with writes.

And in case you’re wondering, running the SSD in Native IDE mode didn’t help either - performance was expectedly slower.

ASUS’ engineers apparently ran across something similar. They found that disabling C1E and Cool’n’Quiet boosted drive performance and recommended I try it. The results were unexpectedly higher, but not on par with Intel’s ICH performance:

Obviously disabling important power management features isn’t a long term solution, but it does show that AMD may be able to provide a future hardware or BIOS fix for the problem.

As a mainstream chipset, the SATA issues don’t really matter. Unfortunately, if you are going to buy a high performance SSD then it may be an issue.