Last but certainly not least are the changes to gaming afforded by the improved compute/shader hardware. NVIDIA believes that by announcing the compute abilities so far ahead of the gaming abilities of the GF100, that potential customers have gotten the wrong idea about NVIDIA’s direction. Certainly they’re increasing their focus on the GPGPU market, but as they’re trying their hardest to point out, most of that compute hardware has a use in gaming too.

Much of this is straightforward: all of the compute hardware is what processes the pixel and vertex shader commands, so the additional CUDA cores in the GF100 give it much more shader power than the GT200. We also have DirectCompute, which can use the compute hardware to quickly do some things that couldn’t be done quickly via shader code, such as Self Shadowing Ambient Occlusion in games like Battleforge, or to take an NVIDIA example, the depth-of-field effect in Metro 2033.

Perhaps the single biggest improvement for gaming that comes from NVIDIA’s changes to the compute hardware are the benefits afforded to compute-like tasks for gaming. PhysX plays a big part here, as along with DirectCompute it’s going to be one of the biggest uses of compute abilities when it comes to gaming.

NVIDIA is heavily promoting the idea that GF100’s concurrent kernels and fast context switching abilities are going to be of significant benefit here. With concurrent kernels, different PhysX simulations can start without waiting for other SMs to complete the previous simulation. With fast context switching, the GPU can switch from rendering to PhysX and back again while wasting less time on the context switch itself. The result is that there’s going to be less overhead in using the compute abilities of GF100 during gaming, be it for PhysX, Bullet Physics, or DirectCompute.

NVIDIA is big on pushing specific examples here in order to entice developers in to using these abilities, and a number of demo programs will be released along with GF100 cards to showcase these abilities. Most interesting among these is a ray tracing demo that NVIDIA is showing off. Ray tracing is something even G80 could do (albeit slowly) but we find this an interesting way for NVIDIA to go since promoting ray tracing puts them in direct competition with Intel, who has been showing off ray tracing demos running on CPUs for years. Ray tracing nullifies NVIDIA’s experience in rasterization, so to promote its use is one of the riskier things they can do in the long-term. 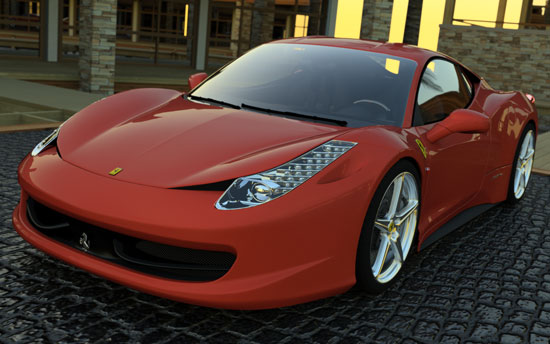 At any rate, the demo program they are showing off is a hybrid program that showcases the use of both rasterization and ray tracing for rendering a car. As we already know from the original Fermi introduction, GF100 is supposed to be much faster than GT200 at ray tracing, thanks in large part due to the L1 cache architecture of GF100. The demo we saw of a GF100 card next to a GT200 card had the GF100 card performing roughly 3x as well as the GT200 card. This specific demo still runs at less than a frame per second (0.63 on the GF100 card) so it’s by no means true real-time ray tracing, but it’s getting faster all the time. For lower quality ray tracing, certainly this would be doable in real-time. 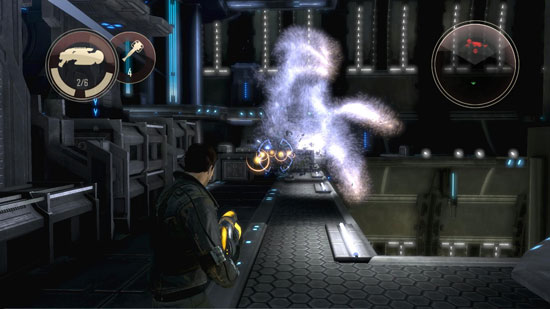 NVIDIA is also showing off several other demos of compute for gaming, including a PhysX fluid simulation, the new PhysX APEX turbulence effect on Dark Void, and an AI path finding simulation that we did not have a chance to see. Ultimately PhysX is still NVIDIA’s bigger carrot for consumers, while the rest of this is to entice developers to make use of the compute hardware through whatever means they’d like (PhysX, OpenCL, DirectCompute). Outside of PhysX, heavy use of the GPU compute abilities is still going to be some time off.