As we’ve stated before, the DX11 specification generally leaves NVIDIA’s hands tied. Without capsbits they can’t easily expose additional hardware features beyond what DX11 calls for, and even if they could there’s always the risk of building hardware that almost never gets used, such as AMD’s Tessellator on the 2000-4000 series.

So the bulk of the innovation has to come from something other than offering non-DX11 functionality to developers, and that starts with image quality.

We bring up DX11 here because while it strongly defines what features need to be offered, it says very little about how things work in the backend. The Polymorph Engine is of course one example of this, but there is another case where NVIDIA has done something interesting on the backend: jittered sampling. 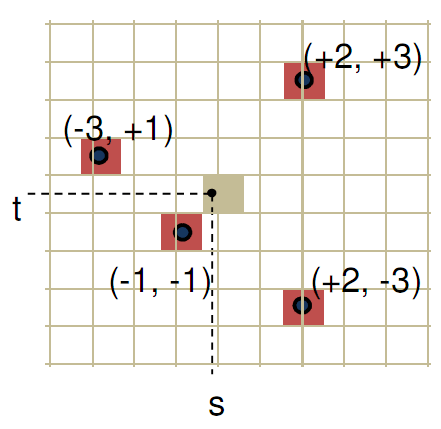 In DX10.1 and beyond, jittered sampling can be achieved via the Gather4 instruction, which as the name implies is the instruction that gathers the neighboring texels for jittered sampling. Since DX does not specify how this is implemented, NVIDIA implemented it in hardware as a single vector instruction. The alternative is to fetch each texel separately, which is how this would be manually implemented under DX10 and DX9. 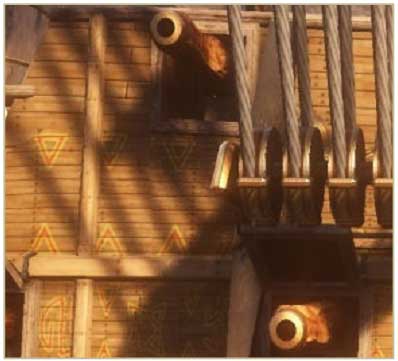 NVIDIA’s own benchmarks put the performance advantage of this at roughly 2x over the non-vectorized implementation on the same hardware. The benefit for developers will be that those who implement jittered sampling (or any other technique that can use Gather4) will find it to be a much less expensive technique here than it was on NVIDIA’s previous generation hardware. For gamers, this will mean better image quality through the greater use of jittered sampling.

Meanwhile anti-aliasing performance overall received a significant speed boost. As with AMD, NVIDIA has gone ahead and tweaked their ROPs to reduce the performance hit of 8x MSAA, which on previous-generation GPUs could result in a massive performance drop. In this case NVIDIA has improved the compression efficiency in the ROPs to reduce the hit of 8x MSAA, and also cites the fact that having additional ROPs improves performance by allowing the hardware to better digest smaller primitives that can’t compress well. 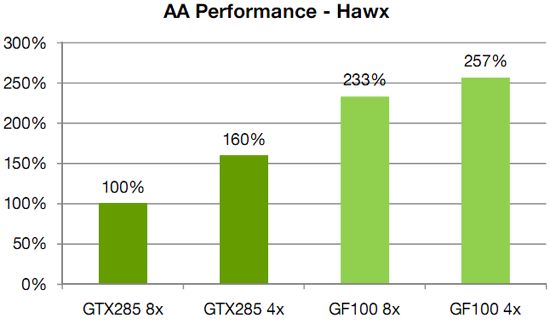 This is something we’re certainly going to be testing once we have the hardware, although we’re still not sold on the idea that the quality improvement from 8x MSAA is worth any performance hit in most situations. There is one situation however where additional MSAA samples do make a stark difference, which we’ll get to next.