Marvell and the rest of the SoC players are at CES this year, which makes sense given that all of this tech is powered by their chips. Marvell showed off the Armada 166E powered Entourage Edge. It's a dual screen eReader. On one side you have an e-ink display and on the other side you have a LCD display running Android. The self proclaimed "dualbook" is targeted at students who want to read books and browse the web at the same time. 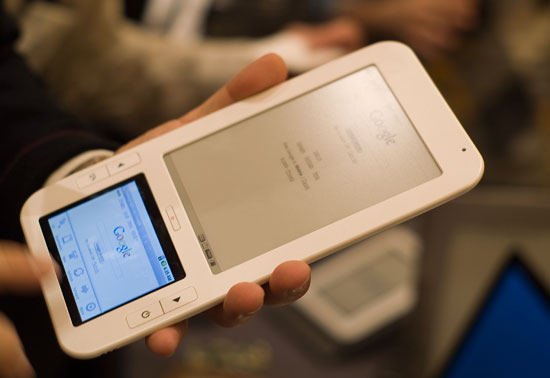 The top screen is a standard e-ink display, while the bottom screen runs Android. You can surf the web on the smaller screen and by pressing the button between the two screens you can transfer the data to the lower power e-ink display. It's neat, but definitely sluggish in actual use. 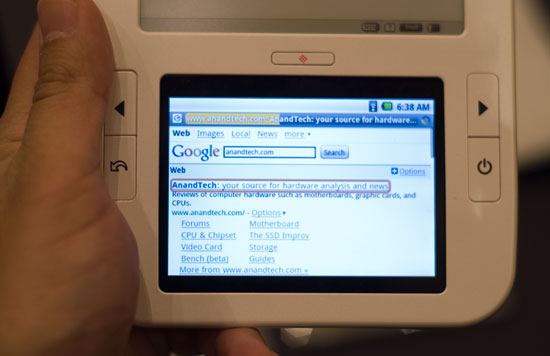 As with any new technology it's going to take a lot of missteps before someone perfects it. The devices we'll see at CES will definitely offer some unique features but I'm not sure we'll see anyone that "gets it" this early. 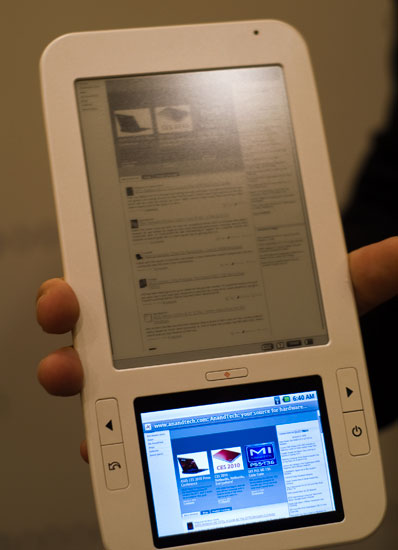 Marvell also had a ridiculously thin smartbook on display by an unnamed manufacturer. The smartbook ran Android: 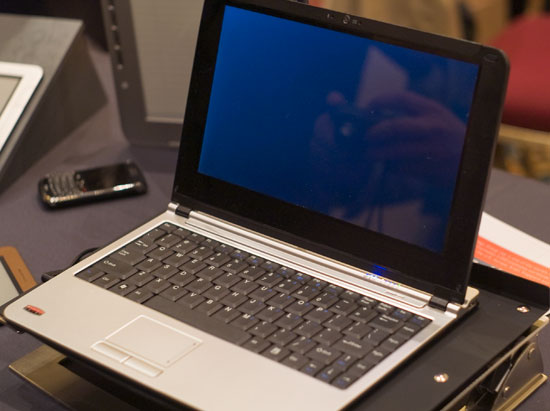 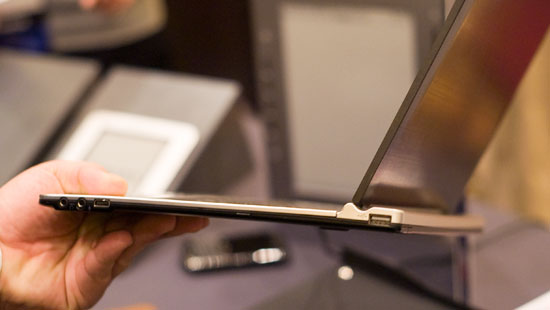 The idea behind smartbooks is to deliver the smartphone experience on a more productive form factor. With tens of thousands to hundreds of thousands of smartphone apps out in the wild now, we're bound to see manufacturers attempt to build devices that can use them. Perhaps even tablets...

Klipsch had its LightSpeaker on display: 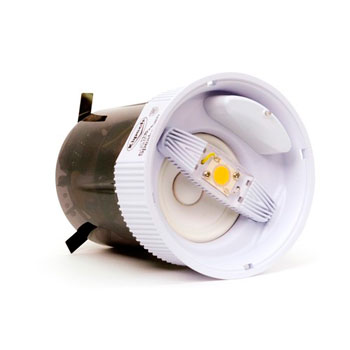 Combine a 10W LED light with a 3" speaker in a can that works in existing 5-inch or 6-inch recessed lighting fixtures and you've got Klipsch's LightSpeaker. The speaker grill acts as a diffuser for the LED light so you get a wider light spread. Klipsch says the light output is equal to about what you'd get out of a 65W incandescent bulb.

The LightSpeaker screws in to any existing light socket in a recessed can. Sound is delivered wirelessly from the 2.4GHz base station to as many as 8 speakers in a system. The base station accepts both RCA and 1/8" stereo inputs.

The point of LightSpeaker is to enable in-ceiling speakers without having to do any additional wiring or putting any holes in your ceiling. The fact that it's also an LED light fixture is an added bonus. It's a neat if not pricey technology. Each LightSpeaker will set you back $250. A pair of LightSpeakers and the receiver are $599.

Tomorrow is the CES Press Day where you can expect to be bombarded with tons of press releases. We'll be back tomorrow with a summary of the day's events.