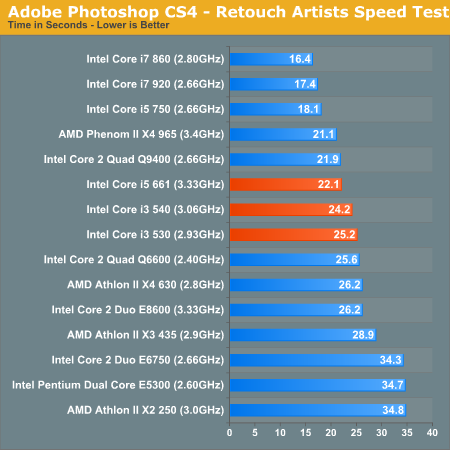 And this is where everything changes. While our Photoshop test won't keep four cores busy 100% of the time, it's enough to give the quad-core CPUs an advantage. Here the Core i5 661 is around the speed of a Q9400 but nowhere near the similarly priced Lynnfield Core i5 750. 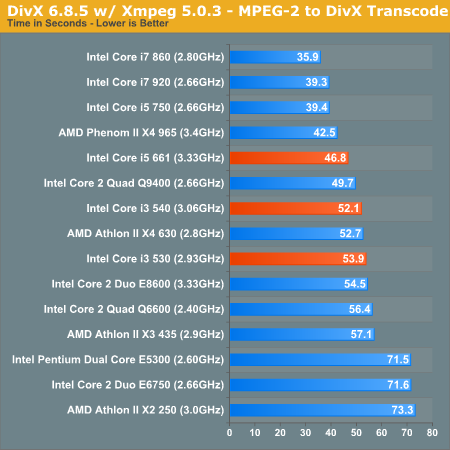 Video encoding is where you need more cores, and this is where the Core i5 661 really loses out in terms of value. It's the same price as a Core i5 750 but it's clearly slower. Turbo isn't saving the 661.

The Core i3 540 and 530 however look competitive. They're able to perform at around the same level as AMD's Athlon II X4 630, while drawing much less power.

Graysky's x264 HD test uses the publicly available x264 encoder to encode a 4Mbps 720p MPEG-2 source. The focus here is on quality rather than speed, thus the benchmark uses a 2-pass encode and reports the average frame rate in each pass. 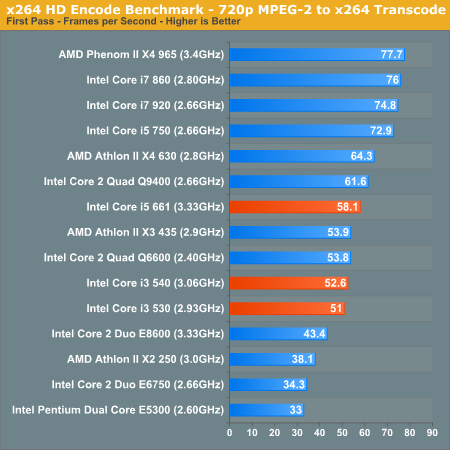 Competitive in DivX encoding, yes. But in our x264 encoding test, these Clarkdales just don't make sense. If you do a lot of x264 video encoding you're going to want Lynnfield or a quad-core Athlon II/Phenom II. 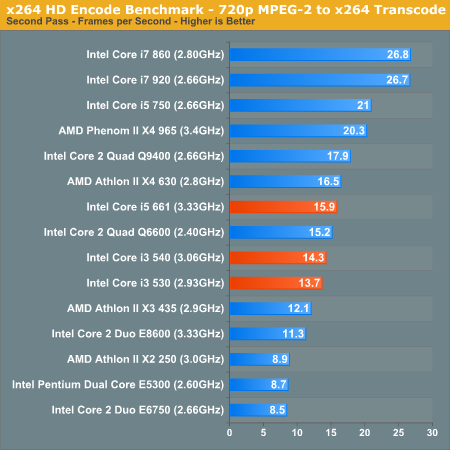 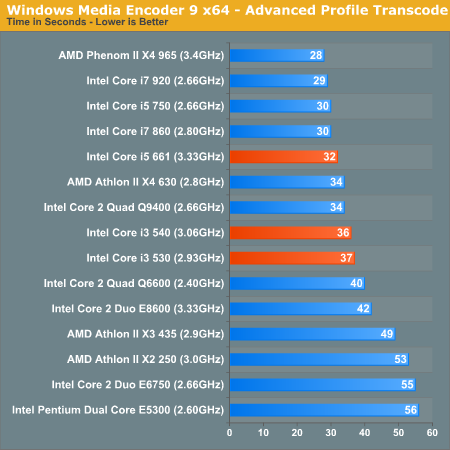 Rounding out our video encoding tests Windows Media Encoder 9 doesn't really show us anything different. The Core i5 661 is slower than it should be given its price, and here even the i3s lose out. If you do a lot of encoding, you want four cores. Simple as that.