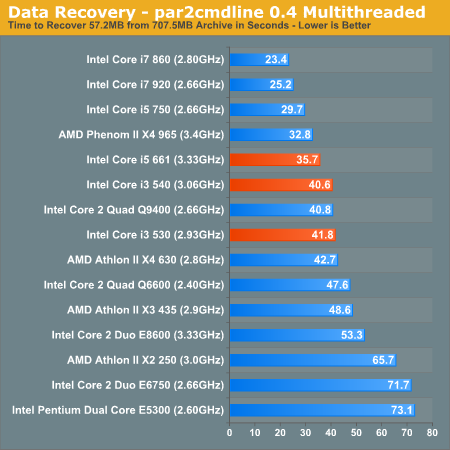 Our Par2 test gets a nice boost from more cores, making the i5 661 overpriced in this case. The i3s however do very well, outperforming the Athlon II X4 630 and the triple-core Athlon II 435. 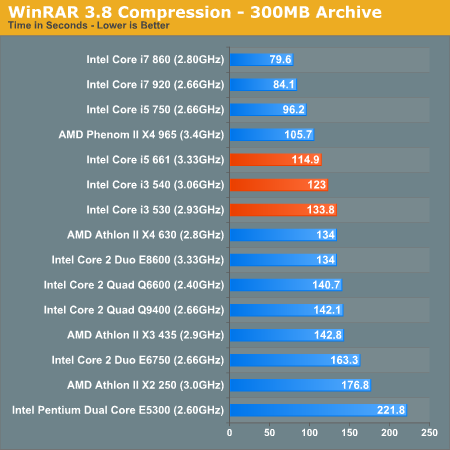 The lighter the desktop workload (as in the fewer stressful threads you have running) the better Clarkdale does. The Core i3s are particularly sensible here. It's basically Intel's answer to the Athlon II X4 600 series. 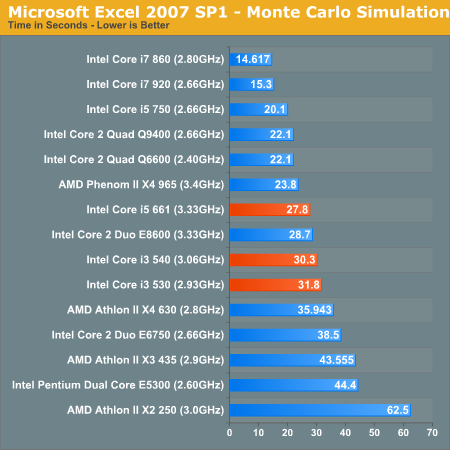 Intel believes that one of the biggest cases for Clarkdale in the business market is Excel performance. The Core i5 661 continues to be overpriced for what it is, but the i3 540 and 530 look very good here. They're can outperform the Athlon II X4 630 and draw less power. Nice. 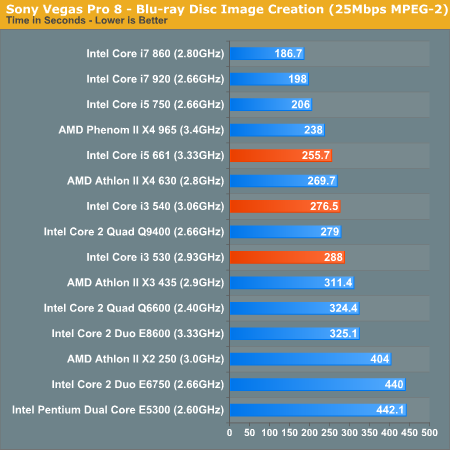 The i3s come pretty close to doing well in our Blu-ray creation test, but once again the i5 661 falls short thanks to its ridiculous price. The i3s are a reasonable alternative to the Athlon II X4 630. 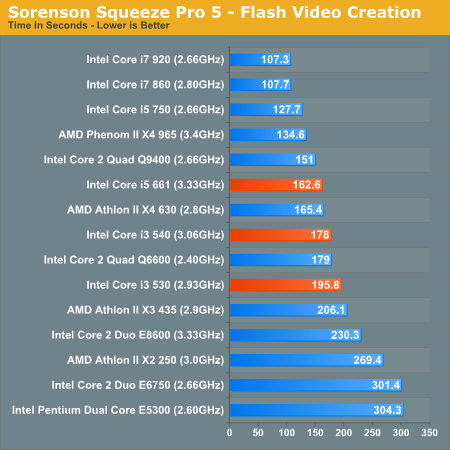 Clarkdale isn't a good choice for this test, with the 661 matching the Athlon II X4 630. The i3 parts place below AMD quad-cores but above the tri-core offerings.