I introduced our storage suite in our last SSD article and it’s back, now with more data :)

Of the MLC SSDs represented here, there’s just nothing faster than the SandForce based OCZ Vertex 2 Pro.

Intel’s SLC based X25-E actually does very well, especially for a controller that’s as old as it is. It is worth noting however that the only thing separating Intel from SandForce-level performance is the X25-M’s low sequential write speed... 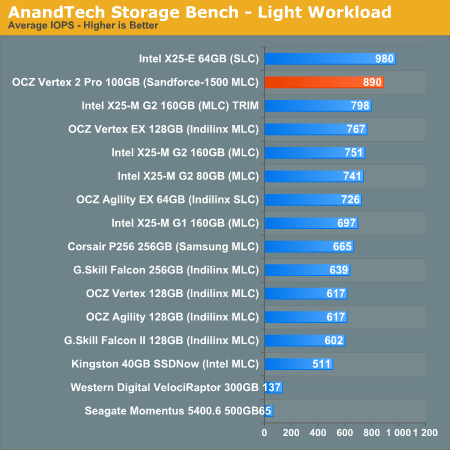 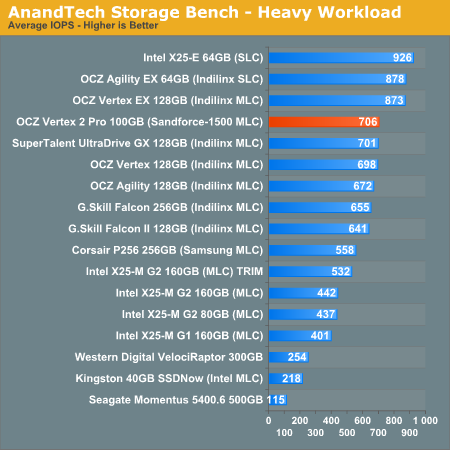 Our final test focuses on actual gameplay in four 3D games: World of Warcraft, Batman: Arkham Asylum, FarCry 2 and Risen, in that order. The games are launched and played, altogether for a total of just under 30 minutes. The benchmark measures game load time, level load time, disk accesses from save games and normal data streaming during gameplay. 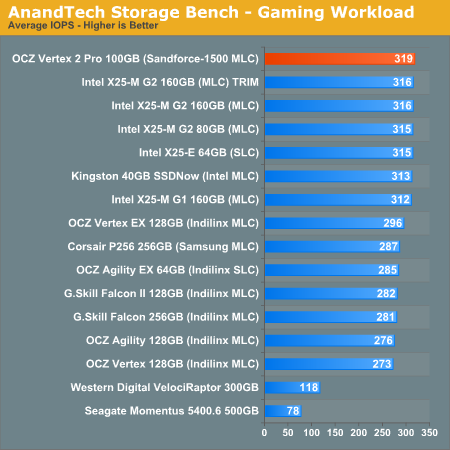