The Vertex 2 Pro’s dominance doesn’t stop in the synthetic tests - we have a new winner in PCMark Vantage.

While I don’t like Vantage much as a CPU benchmark, it is one of the best real world indicators of SSD performance. Far better than a lot of the synthetic tests that are used by most. Performance in Vantage isn’t all that matters, but as a part of a suite it’s very important.

Luckily for OCZ and SandForce, the Vertex 2 Pro doesn’t disappoint here either. As a testament to how much they have their act together, I didn’t have to tell SandForce what their Vantage scores were - they already use it as a part of their internal test suite. This is in stark contrast to other newcomers to the SSD market that were surprised when I told them that their drives don’t perform well in the real world.

The Vertex 2 Pro is 6% faster than the X25-M G2 in the overall PCMark Vantage test and 12% faster in the HDD specific suite. It’s at the borderline for what’s noticeable in the real world for most users but the advantage is there. 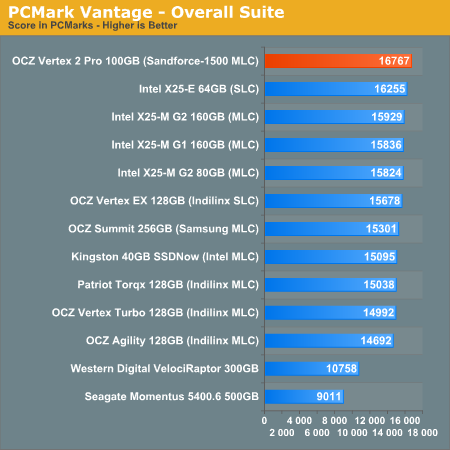 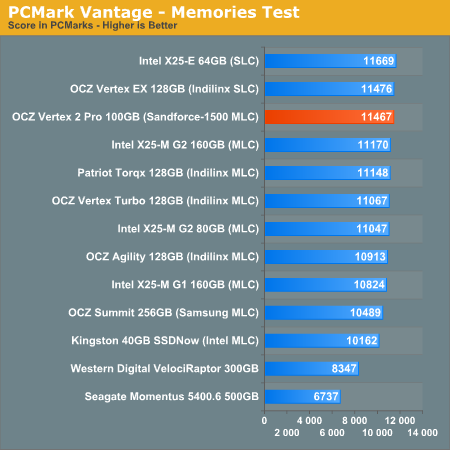 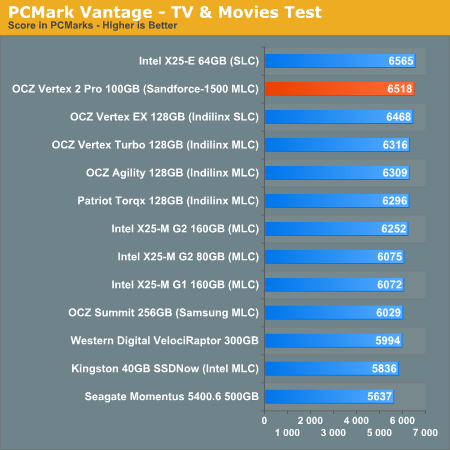 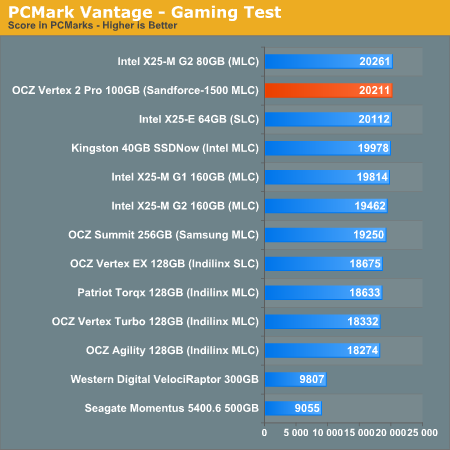 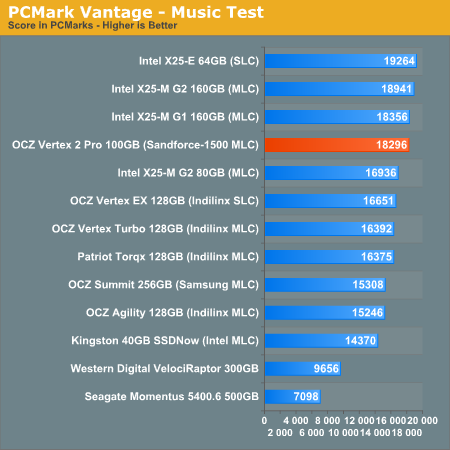 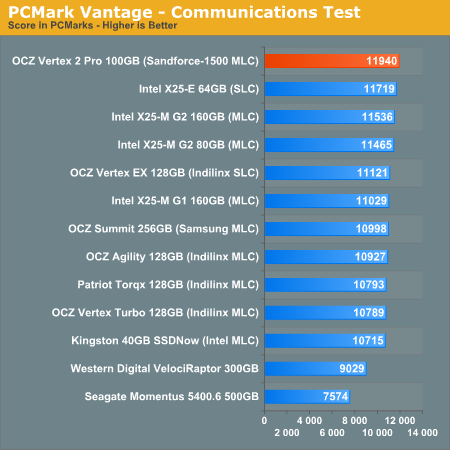 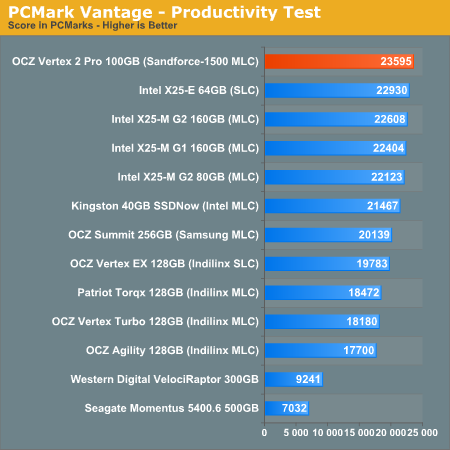 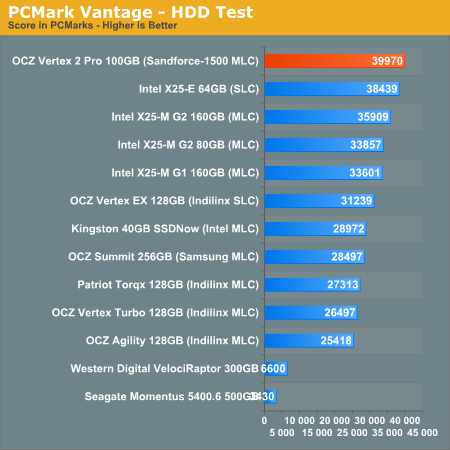