Using the latest build of Iometer I ran a 3 minute long 2MB sequential write test over the entire span of the drive. The results reported are in average MB/s over the entire test length: 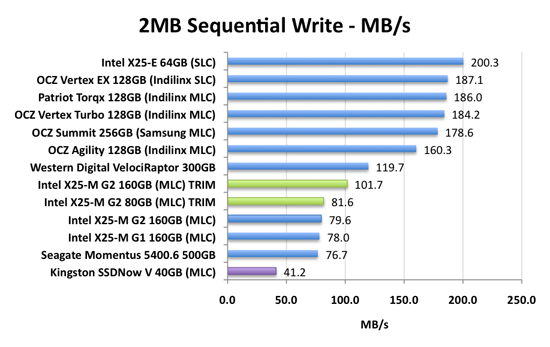 I ruined the surprise earlier, but the X25-M G2 160GB can now write at speeds of up to 100MB/s. The 80GB version doesn't get the benefit. The rest of the SSDs are approaching 2x that performance however. The poor Kingston drive is limited by its 5-channel implementation and barely manages more than 40MB/s. This will keep the Kingston SSDNow V series from cannibalizing X25-M sales, while at the same time offering a taste of what good SSDs have to offer at lower price points. 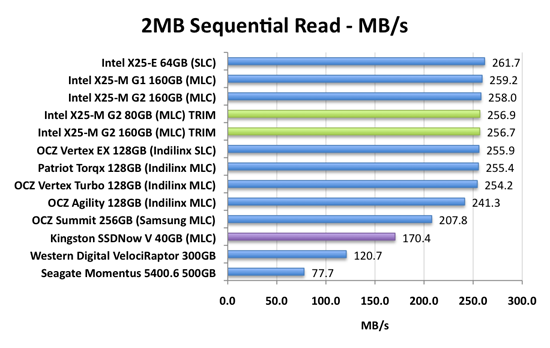 True to Kingston's claims, the SSDNow V 40GB pulls around 170MB/s thanks to its narrower configuration. Not within arm's reach of the more expensive SSDs but still much faster than a mechanical drive.