Batman: Arkham Asylum is another brand-new PC game, and has been burning up the review charts. It’s an Unreal Engine 3 based game, something that’s not immediately obvious from just looking at it, which is rare for UE3 based games.

As Batman: Arkham Asylum implements anti-aliasing differently between AMD and NVIDIA cards, this is the one title that we do not test AA on, as doing so produces results that can’t be compared. 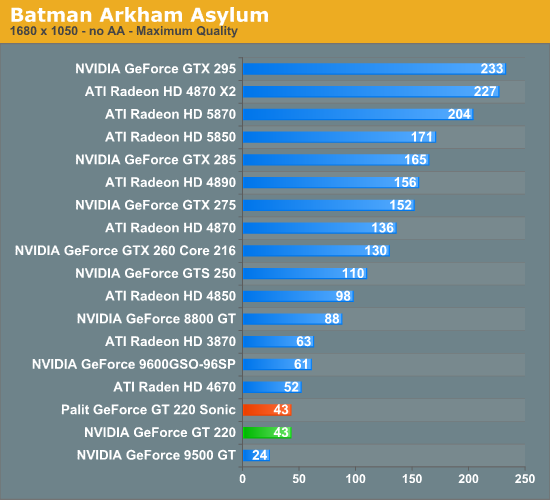 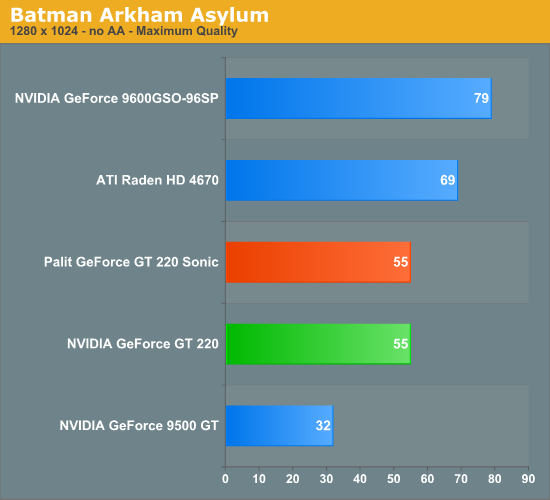 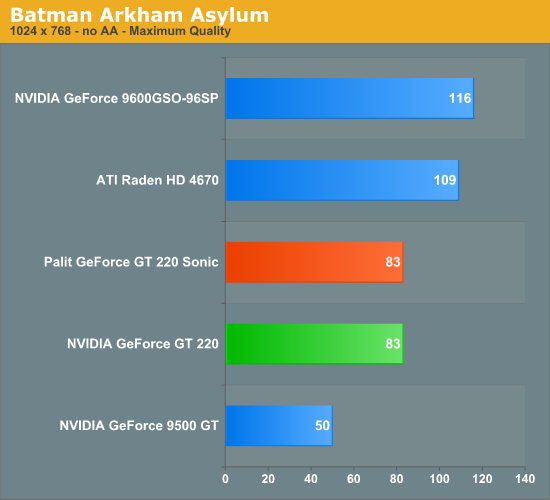