We'll begin with a look at general system performance using applications that can take advantage of the multi-core processors. 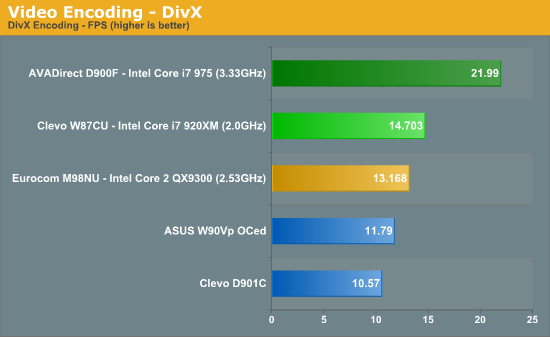 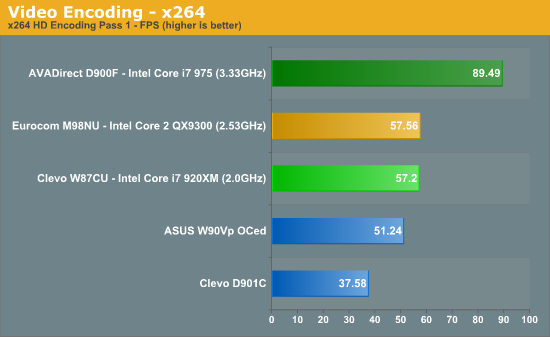 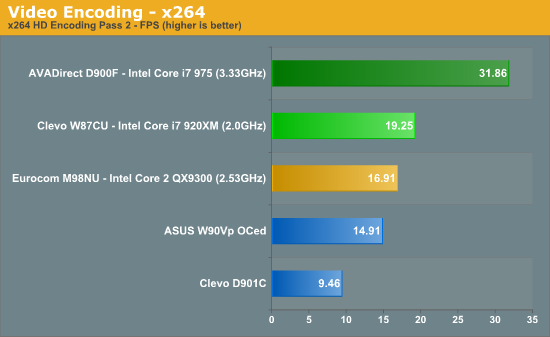 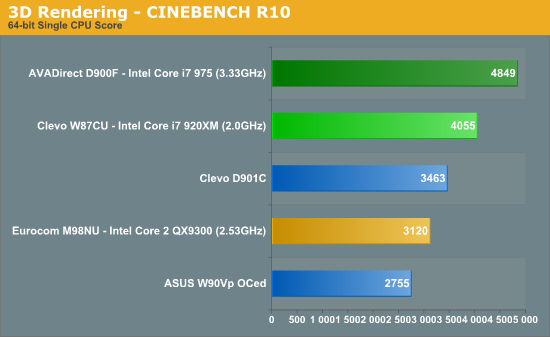 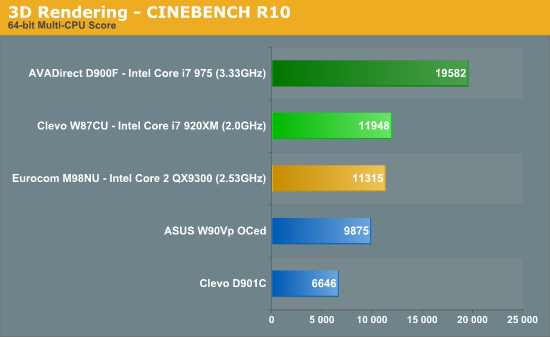 Application performance is about what you would expect given the CPU specifications. The new Clarksfield i7-920XM isn't substantially faster than the old Core 2 QX9300 when it comes to running highly threaded code. The problem is that when running highly threaded code, Clarksfield's Turbo modes aren't able to fully activate. We end up with a Core i7 running at 2.26 GHz compared to a Core 2 running at 2.53 GHz, and overall performance is relatively close. Clarksfield is 6% faster in SMP CINEBENCH, 14% faster in the second x264 pass, and 12% faster at DivX encoding. The first x264 pass is basically a tie. Move to single threaded performance and the Clarksfield Turbo modes are much more helpful, outperforming the QX9300 in single threaded CINEBENCH by 30%.

Naturally, the desktop i7-975 is substantially faster. It's only 20% faster in the single threaded CINEBENCH score, but it's 50 to 65% faster elsewhere. We should also mention that just because the rated clock speed of the i7-975 is 3.3 GHz doesn't mean the system always runs at that speed. The x264 encoding test runs each section four times, and normally all our results are very close. It appears that the i7-975 is throttling at times, as we noticed fluctuations in our x264 results. You'll want a nicely ventilated area if you want to get the advertised 3.33GHz, as otherwise it looks like the CPU may throttle down by as much as 30%.