When Lynnfield launched I was on the other side of the country talking GPUs. AMD rented out the USS Hornet to tempt press in and kept them captive for several hours while divulging details of its new DX11 GPUs, the RV770 successors. 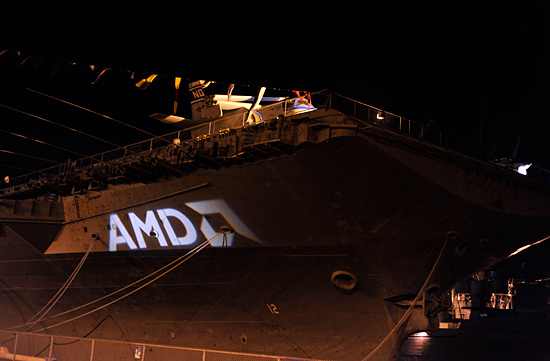 Needless to say, while I could read your comments about Lynnfield and what you desired, there was little I could do about it while sitting on (er, in) an aircraft carrier. Gary did a wonderful job with his follow ups but they managed to delay his P55 motherboard reviews. As soon as I landed, it was straight to work on the Lynnfield followup and that's what I'm publishing today. 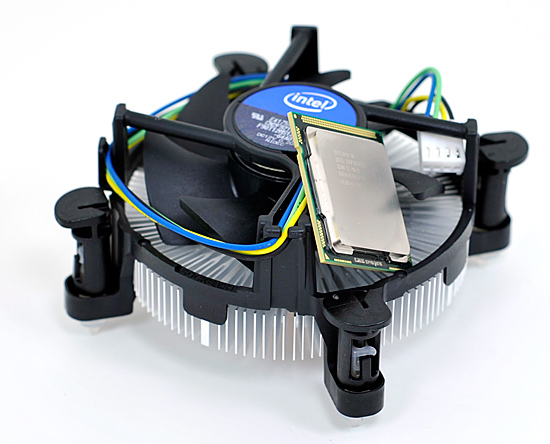 The first thing many of you asked for were turbo off results between Lynnfield and Bloomfield. On top of that, some wanted results with the exact same memory frequencies. Bloomfield officially only supports up to DDR3-1066, while Lynnfield's memory controller is validated for operation at up to DDR3-1333. Clearly both will work at speeds up to and beyond DDR3-2000, but for stock comparisons I've always tried to stay within validated limits of the platforms.

Below are our application benchmark results comparing Lynnfield to Bloomfield, with turbo disabled, and both platforms running DDR3-1333 at 7-7-7-20 timings. Unlike our standard test beds I've forced the CPUs into their highest performance mode so they are always running at 2.93GHz. The only difference between the two chips is that the Bloomfield is an underclocked Core i7 975 so its un-core runs at 2.66GHz compared to 2.40GHz for the Lynnfield. The real world impact of that difference is negligible: 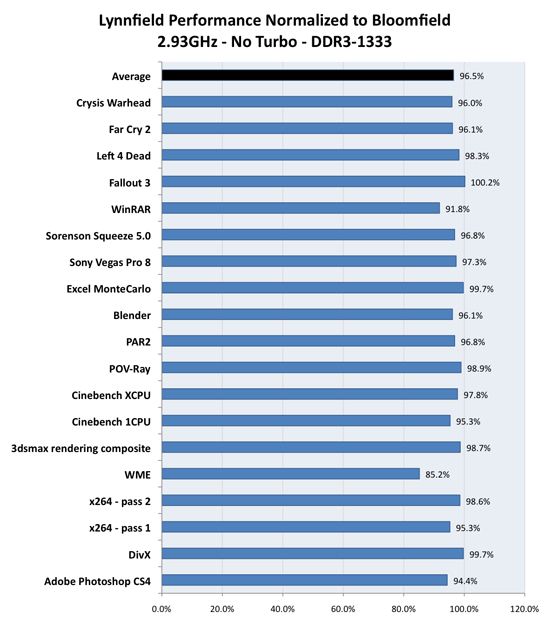 On average, Lynnfield without turbo mode delivers 96.5% of the performance of Bloomfield. The extra memory controller of Bloomfield is responsible for a 3.5% performance advantage on average; it's just not going to do much at these clock speeds/core configurations.

There are exceptions to the rule. Some applications do benefit from Bloomfield's triple channel memory controller. We see a 15% difference in Windows Media Encoder and nearly a 10% difference in a few other applications. Ultimately it's up to you whether or not the performance difference is worth it, but enable turbo and the advantage clearly goes to Lynnfield as we showed in our initial review.