I'll start this conclusion with what AMD must do in response to Lynnfield. The Core i5 750 is a great processor at $196, in fact, it's the best quad-core CPU you can buy at that price today. In nearly every case it's faster than AMD's Phenom II X4 965 BE, despite the AMD processor costing almost another $50. Granted you can probably save some money on an integrated 785G motherboard, but if you're comparing ~$120 motherboards the AMD CPU is simply overpriced. 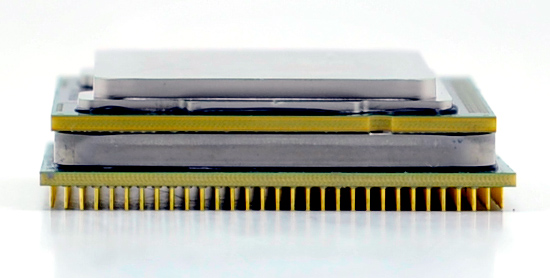 Luckily, the solution isn't that difficult. AMD needs to lower prices. The problem is that AMD has too many products below $200 already. The Phenom II X3 and X4 series both exist below $200 and rumor has it that AMD is also going to introduce a quad-core Athlon II somewhere down there. Lynnfield's arrival causes a lot of price compression on AMD's side. The most AMD should sell the 965 BE for is $199, but if it is to remain competitive the chip needs to be priced much lower. That doesn't leave much room for other AMD CPUs. On the bright side, this could force AMD to simplify its product lines again (similar to what it has quietly been doing already). 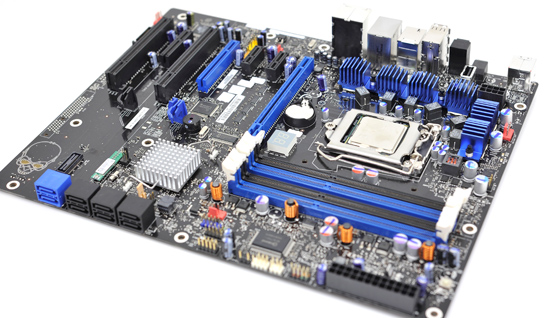 The next thing that the Core i5 750 does is it finally ends the life of LGA-775. Just as was the case with AMD, the Core 2 Quad Q9650 is easily destroyed by the Core i5 750 and at a lower price. With significantly lower motherboard costs than the LGA-1366 chips, the Core i5 750 can actually compete in the high end LGA-775 space. It's only a matter of time before the sub-$200 LGA-775 parts are made obsolete as well.

Lynnfield power consumption is just excellent, these are the most power efficient quad-core CPUs we've ever tested. They use less power at idle than similarly clocked dual-core processors and under load they deliver better performance per watt than any of their closest competitors. Later this year we'll see 32nm dual-core Westmere start to ship for notebooks. I don't have performance data but I'd expect that early next year will be the perfect time to buy a new notebook.

Can you tell that I like the Core i5 750? Again, at $196 you can't find a better processor. Intel did its homework very well and managed to deliver something that kept AMD in check without completely upsetting the balancing of things. There's no technical reason that Intel couldn't have enabled Hyper Threading on the Core i5, it's purely a competitive move. A Core i5 750 with HT would not only defeat the purpose of most of the i7s, but it would also widen the performance gap with AMD. Intel doesn't need to maintain a huge performance advantage, just one that's good enough. While I'd love to have a 750 with HT, I'd still recommend one without it.

If that list doesn't make you flinch, then Lynnfield is perfect. You'll save a bunch on a motherboard and the CPUs start at $196 instead of $284. We didn't have enough time with our Core i7 860 to include performance results here but my instincts tell me that at $284 that'll be the Lynnfield sweetspot. You get excellent turbo modes and Hyper Threading, without breaking $300.

Speaking of turbo, I'd say that Intel is definitely on to something here. The performance impact was small with Bloomfield, but turbo on Lynnfield is huge. My tests showed up to a 17% increase in performance depending on the workload, with most CPU-influenced scenarios seeing at least 9 or 10%. The turbo mode transitions happen fast enough to accelerate even simple actions like opening a new window. OS and application responsiveness is significantly improved as a result and it's something that you can actually feel when using a Lynnfield machine. It all works so seamlessly, you just always get the best performance you need. It's like Intel crammed the best single, dual and quad-core processors all into one package.

Perhaps that's what kept me from falling in love with Bloomfield right away. It was fast but in the same way that its predecessors were fast. If you didn't have a well threaded application, Bloomfield wasn't any better than a similarly clocked Penryn. Lynnfield's turbo modes change the game. Say goodbye to tradeoffs, the Core i5 and Core i7 are now fast regardless of thread count. It speed that is useful, it speed that you can feel, it's what truly makes Lynnfield the best desktop microprocessor of 2009. It's not just faster, it's smarter, it's better. It's why today's title borrows from Daft Punk and not Star Wars; it's not more of the same, it's something futuristic and new.

Lynnfield shows us the beginning of how all microprocessors are going to be made in the future. Even AMD is embracing turbo, we'll see it with Fusion in 2011. Extend turbo to its logical conclusion and you end up with something very exciting. Imagine a processor made up of many different cores, large and small, CPU and GPU. Each one turning on/off depending on the type of workload, and each running as fast as possible without dissipating more heat than your system can handle.

My only two complaints with Lynnfield are that the chips do require additional voltage (above stock) to overclock and of course the lack of Hyper Threading on the Core i5. It doesn't ruin the processor, but it gives us something to wish for.

Our work is never over.