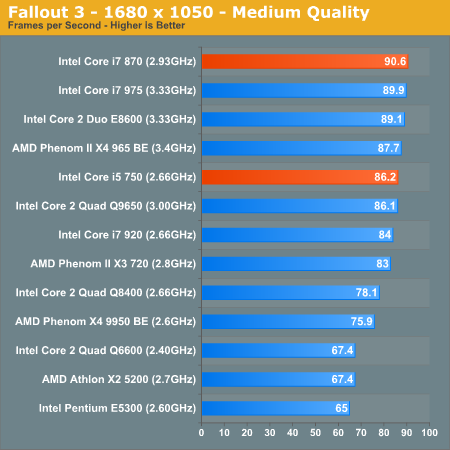 The numbers are all very close, but the Core i7 870 edges out the 975 for the lead here. The i5 750 manages to outperform the i7 920 thanks to its more aggressive turbo modes. The Phenom II X4 965 BE is faster than its closest competitor, but it needs a price adjustment in a major way. 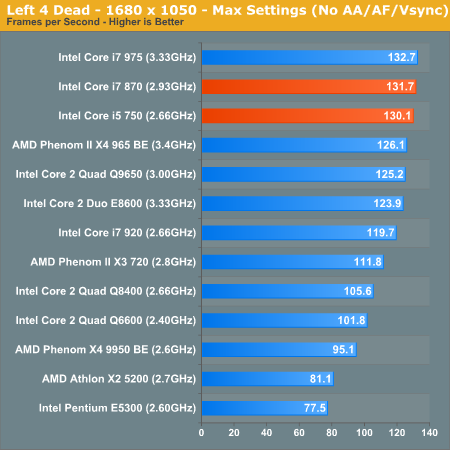 Once more we have Lynnfield near the top, the only thing that's faster is the i7 975. In these situations however the difference between first and fourth place is neglible. 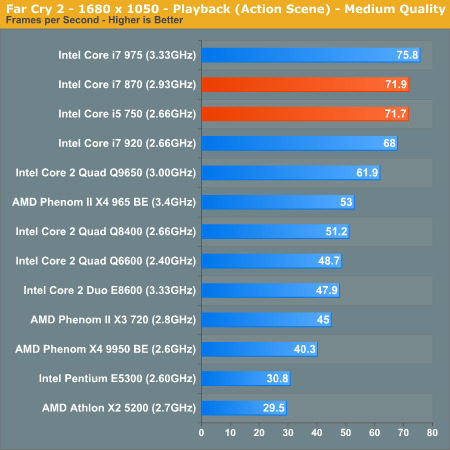 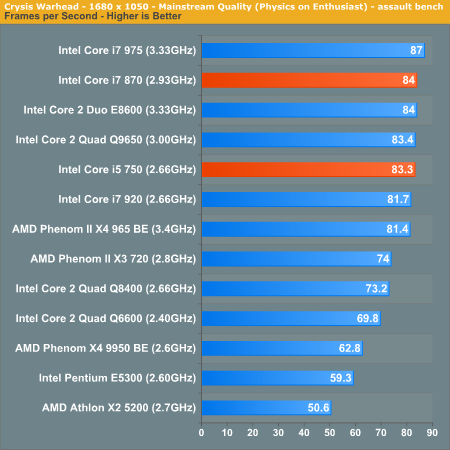