The Fan, oh the Fan

Gary was the first to get this board and he called me one night around 12:30AM and said “can you hear it?”. I, of course, could not hear “it” but he shipped me the motherboard and I heard what he was talking about. 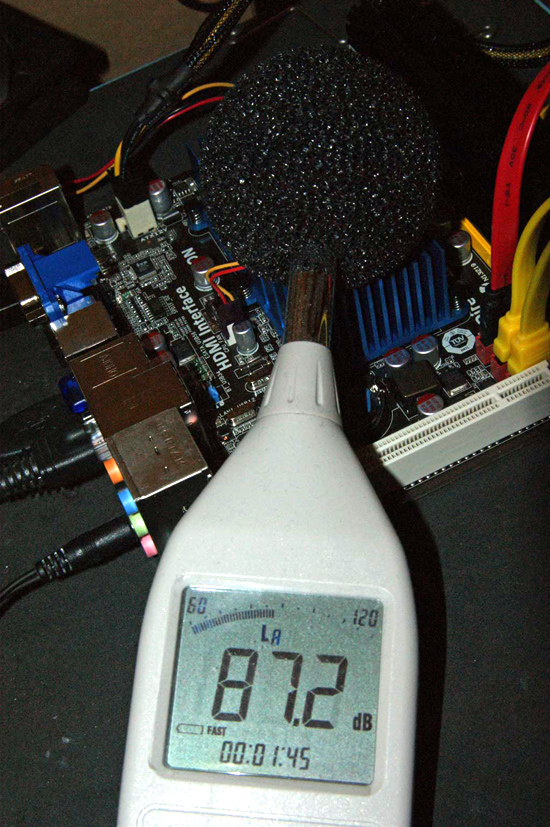 ASUS uses a smaller heatsink and much smaller fan than Zotac: 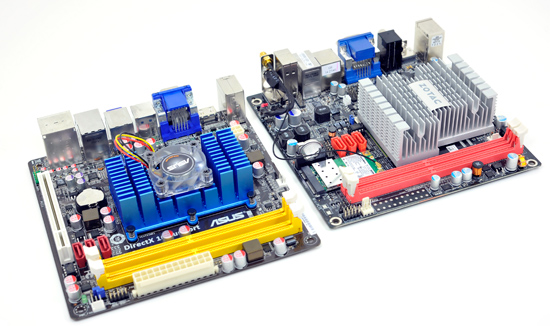 The fan spins at nearly 6000RPM and is annoyingly loud. The first fan we had on the board would make an annoying high pitched sound at times, enough to drive Gary’s dogs crazy. I duplicated his results in my lab. NVIDIA sent us a replacement fan that didn’t exhibit the same behavior. While the new fan didn’t whine/moan/groan, it still spun very fast and it was still quite loud. 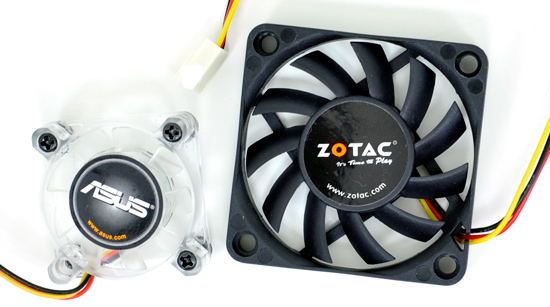 The ASUS fan (left) vs. the Zotac fan (right)

We went to ASUS with our complaints and got the following response:

“We currently have implemented a running change of the fan, the fan will be replaced with another fan that is a quieter. I am currently attempting to get part information for your reference. Although I do agree with Gary's statement that in many cases 40mm fans tend to have a shorter life I have asked HQ to please ensure we try and place a fan that has been validated to not only operate quietly but ensure the best lifespan ( hopefully by ensuring a high quality bearing is present )”

Don’t ever say we’re not looking out for you :)

At 3AM this morning, just 6 hours before this article was due to be published, ASUS sent us the specs of the new fan that they will be installing on all AT3N7A-I motherboards. The new fan is still a 40mm unit but it should run at 3500RPM instead of 6000. Cooling efficiency will go down, but so should noise. 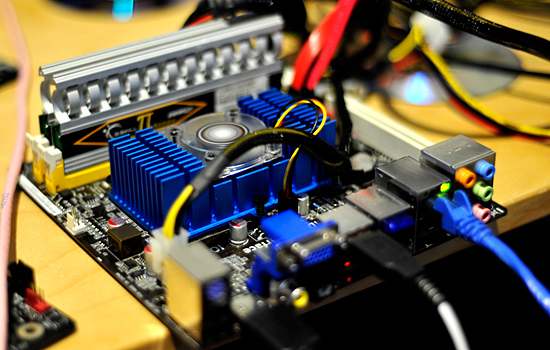 ASUS insists that the fan we tested won’t make it onto production boards. We’ll have to wait and see what the new fan sounds like, because what we tested was unacceptable for an HTPC.