The two heatsinks on the Mac Pro aren’t interchangeable, so keep track of which one came from where and don’t try to force their installation if they don’t fit properly. 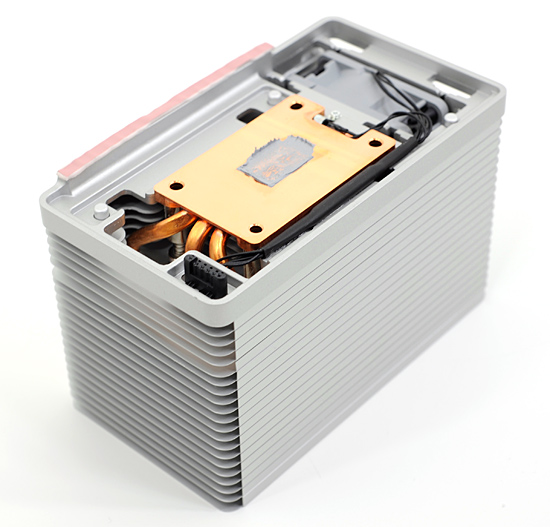 After we completed the swap, we powered the machine on and were met with the worst sound: fans that didn’t spin down. The Mac Pro refused to POST and forcing it to turn off revealed a CPU A Temperature Overheat warning LED on the motherboard. 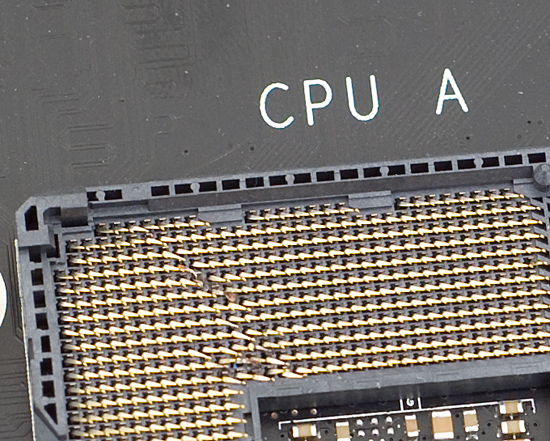 CPU_B was fine, but CPU_A was far from it. While there are no pins to bend/break on these LGA CPUs, if anything goes wrong the socket is toast. In this case, both the socket and CPU were beyond saving.

To date I’m not sure what went wrong, but I have two theories. Unlike desktop Nehalem motherboards, there is no clamp that holds the CPU in place. There’s a chance that during the heatsink installation that the CPU moved slightly and shorted as soon as it got power. 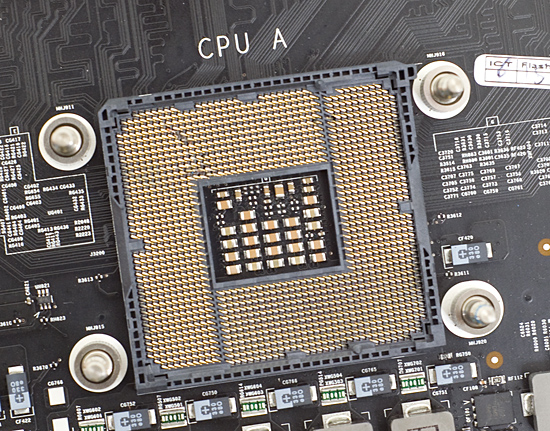 The other theory is that I somehow over tightened the heatsink on CPU_A. Remember, the chips I used had heat spreaders, the ones they were replacing did not. The added thickness of the heat spreader could have helped push the CPU too hard against the pins in the socket, causing some of them to move out of place.

And if you’ve ever walked into an Apple store holding a Nehalem Mac Pro processor board, you’ll get some looks.

Thankfully, the folks at the Crabtree Valley Mall Apple Store in Raleigh, NC are AnandTech readers and quickly understood what had happened. They ordered the replacement part and I waited. If you’re curious, it’ll cost a bit under $400 to replace the processor board in an 8-core Mac Pro provided you allow Apple to keep your dead board. 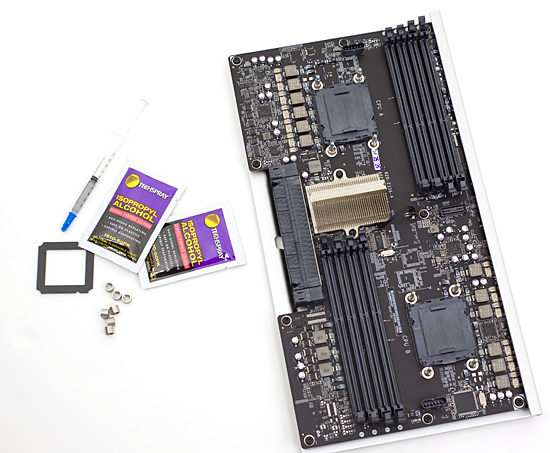 The new board and its accessories

It’s been years since I’ve killed a processor and this would be my first LGA socket death, so I was admittedly nervous once I had the new board in hand. I went in and tried to replace the chips again, this time under tightening all of the hex screws on the heatsinks just to be safe.

I mounted and dismounted each heatsink three times before committing to the install. Nervously, I hit the power button.

I had good news and bad news.

The bad news, the fans were spinning at full speed. The good news? The upgrade worked. Initially I didn’t tighten the heatsinks enough so some of the memory channels weren’t working, but a couple more spins of the hex key and I was in business.

The fans spinning at full speed were caused by the thermal sensor on one of the heatsinks being dead. It looks like it died when the first CPU shorted out. The folks at the Apple store had to order me a replacement heatsink as well.

After the smoke cleared and my embarrassment subsided, I had an upgraded Nehalem Mac Pro. 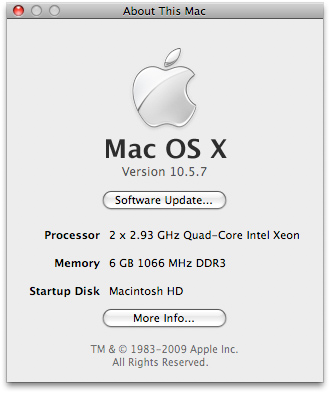 Gaining access to the processors is far easier than the previous generation Mac Pro, but you have to exhibit more care in physically replacing them. The fact that the CPUs I used had integrated heat spreaders hasn’t caused any problems either. Temperatures are well within reasonable limits, the fans are just as quiet as before and Turbo mode still works.