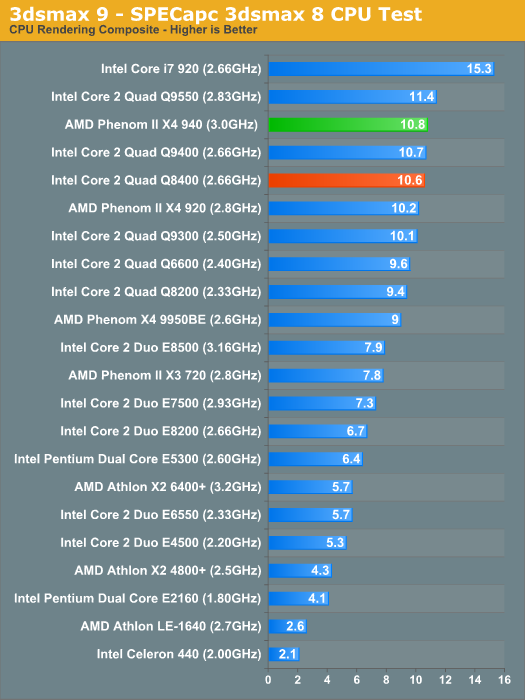 Once more we have a situation where the Q8400 and Phenom II 940 are similar in performance, with AMD holding onto a negligible 2% advantage. 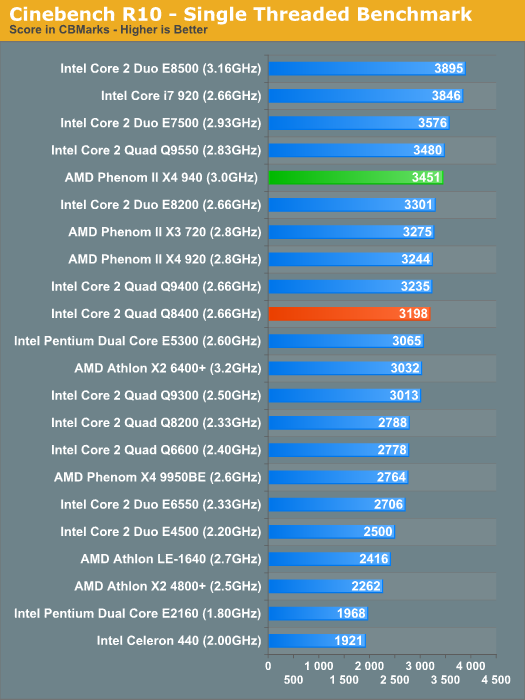 There's no questioning the Cinebench results, this is one of those areas where the Phenom II is just plain faster than the Q8400. The lead here is around 7%. 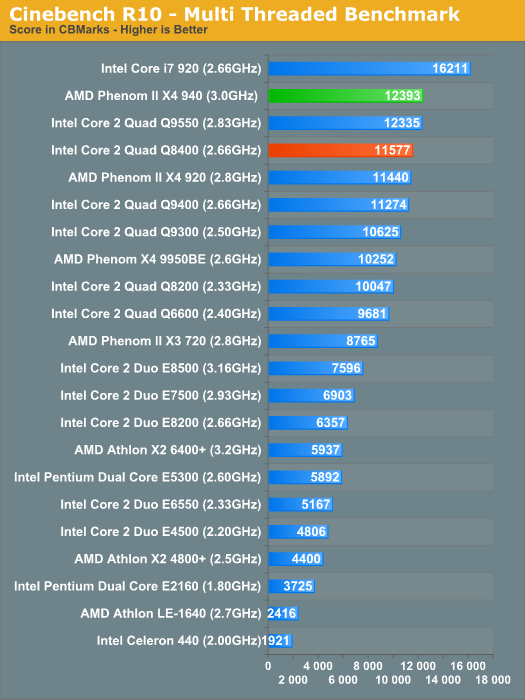 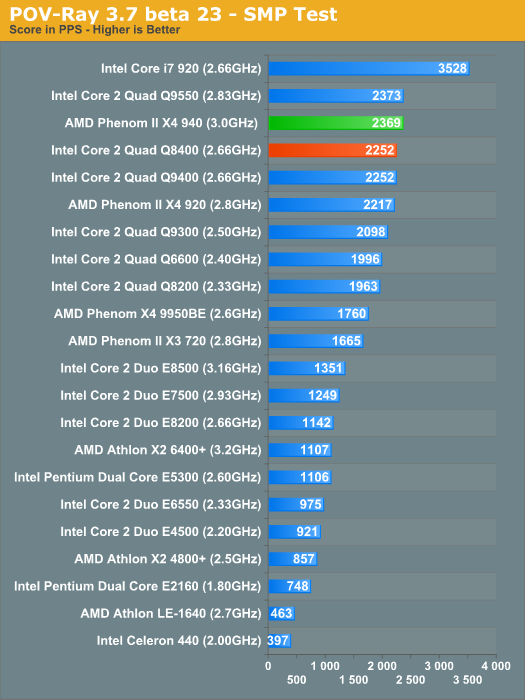 The trend continues in POV-ray, the Phenom II 940 holds onto a 5% performance advantage over the Q8400 here. 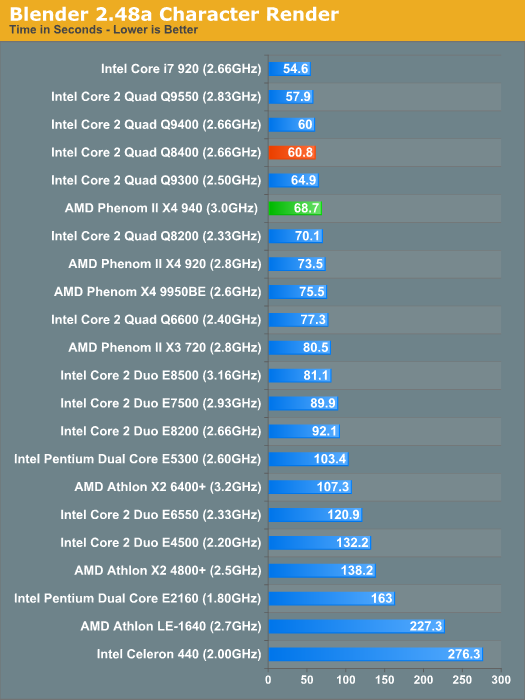 The more your application is optimized for Intel's architecture however, the faster the tables can turn. Performance in Blender is dominated by the Q8400.