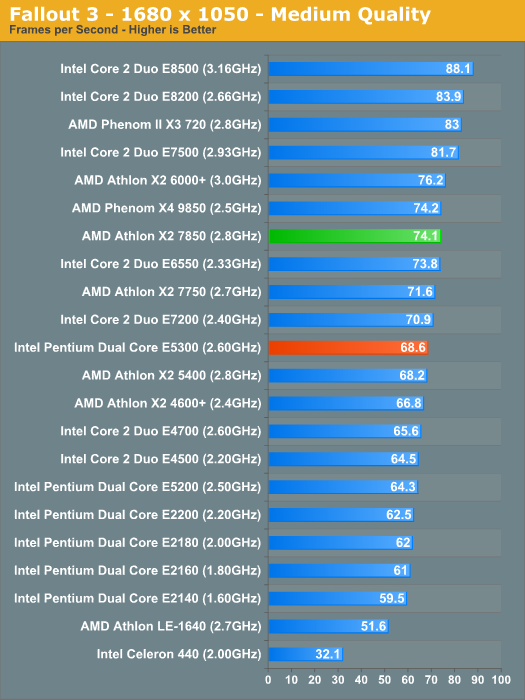 While Intel held the lead for video encoding, 3D rendering and nearly all other performance tests - AMD manages over a 7% advantage under Fallout 3.

AMD’s gaming advantage continues as it outperforms the E5300 by nearly 24% in Left 4 Dead. Intel has the cache advantage but the X2’s lower memory latency helps it out in our gaming tests. 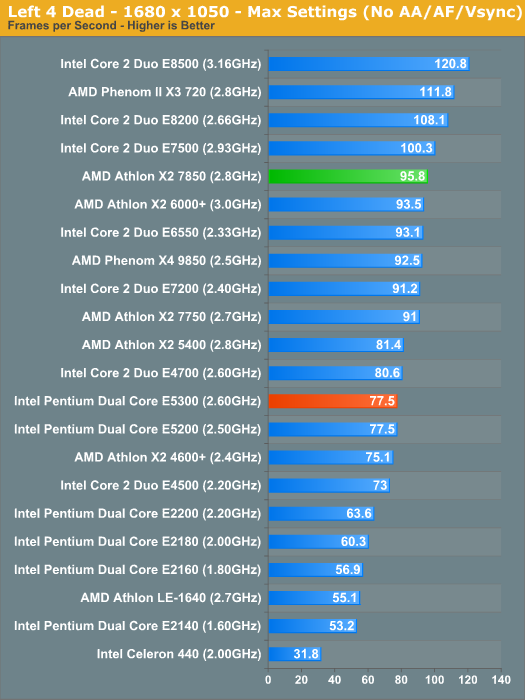 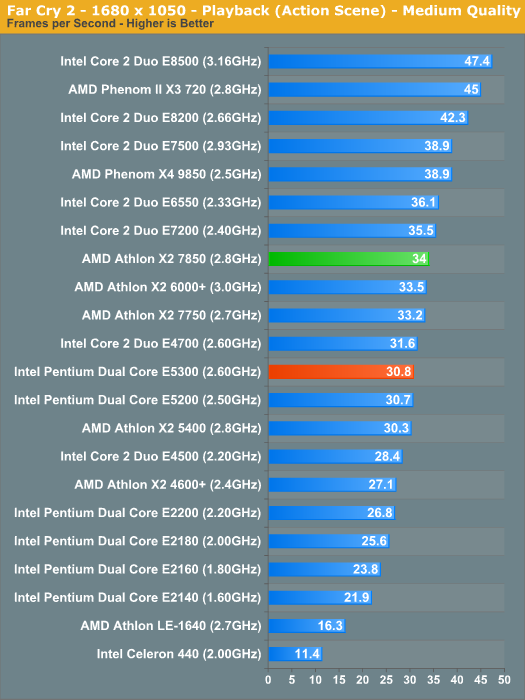 AMD continues to lead in gaming performance in Far Cry 2; this time by 10%. 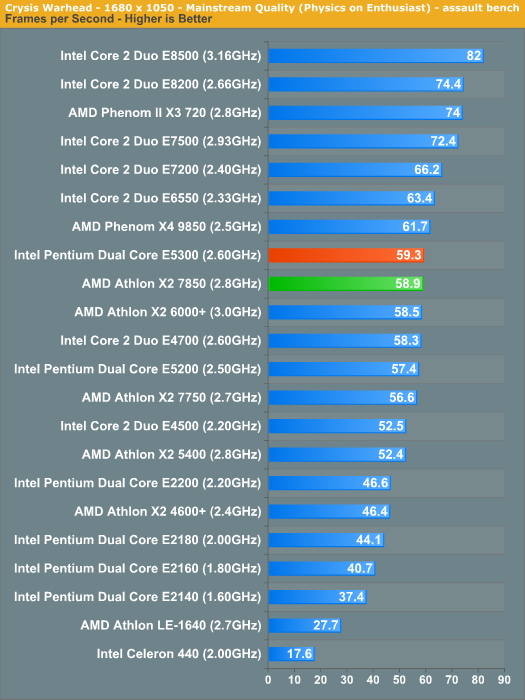 In its only gaming performance lead of this comparison, the E5300 is barely faster than the X2 7850. The overall verdict though is if you’re strictly gaming, the Athlon X2 7580 is a better buy.