We hate to start another article complaining about naming (there seems to be some sort of pervasive renaissance of poor naming this year), but let's talk about why exactly we are in this situation with a look back at something from our RV670 coverage:

At least it's ironic.

Yes, the problem is born out of AMD's attempt at sensible, appropriate naming. The problem is that AMD seems to want to associate that "family" number with the physical GPU than with the a performance class. This is despite the fact that they generally use increasing numbers for "families" that are generally faster. Thus, the 40nm RV740 needs a new family name, and they can't really choose 49xx presumably (by us) because people would be more upset if they saw a high number and got lower performance than if they saw a lower number and got higher performance. So Radeon HD 4770 it is. 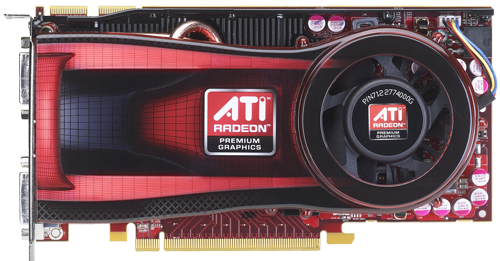 When we brought up our issues with the naming scheme, AMD was quick to respond that naming is one of the most contentious things that go on in bringing a graphics card to market. People get passionate about the issue. Passion is great, but not if it confuses, misleads, or distracts the end user. And that's what a decision like this does. There is no practical reason that this card shouldn't be named 4840 to reflect where it's performance falls. After all, the recently released 4890 is host to quite a few tweaks to the physical layout of the chip and it isn't called the 4970.

At the same time, that trailing zero is doing nothing on all AMD hardware. There is an extra number in there that could allow AMD to shift some things around in their naming scheme to retain all the information they want to reflect about architecture generation, processes revision, performance class and specific performance within that class. If we are going to have a model number system, in order to have real value to both the informed and casual graphics card user it needs to be built to properly represent the underlying hardware AND be strictly related to performance. With this move, AMD joins NVIDIA in taking too many liberties with naming to the detriment of the end user.

Now that that's taken care of, what we have today is a 40nm GPU (the first) paired with 512MB of RAM on a $110 card. The package delivers performance at a level between the 4830 and the 4850. First indications were that this would be a $99 part and the performance we see with this card at the "magic" price would be terrific. It's still not bad at a 10% higher price. AMD had indicated that there should be some $10 mail in rebates available for those who are interested in the extra bonus hassle and upfront cost to get the cash.