The Canon “mainstream” model, currently the Rebel XSi in the USA, is an extremely important camera in the DSLR world. As the world’s most popular DSLR brand, the top-selling Canon is important both to Canon sales, and to the influences it exerts on other manufacturer’s product lines. That is why this important model is often showcased at the biggest photo industry events.

Several weeks ago in late March, with no big event or photo show, Canon announced their replacement to the best-selling XSi. The relative lack of fanfare made many wonder if the new Canon T1i (500D in Europe) was just a lukewarm makeover, but in fact it may be one of the most significant entry mainstream Canons in a very long time. 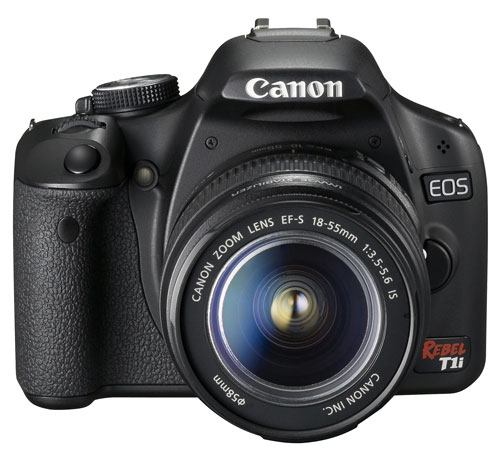 Outside the new model looks a lot like the current XSi, and it can even use the same BP5 battery grip, but looks can be deciving. Inside the sensor is boosted to 15.1 megapixels, which puts it in the same league as the recent Canon 50D “prosumer” model. The T1i will also be the highest resolution entry model from any camera manufacturer.

Canon also boosts the in-camera image processor to the Digic 4 – which is the same processor used in the 50D and the Canon 5D Mark II full-frame. In a surprise for an entry level model, Canon also brings 14-bit analog to digital processing to the T1i. Up to this time 14-bit-bit processing has only been featured on a few prosumer models and the PRO segment.

With high ISO performance a holy grail in today’s camera market the T1i features a standard ISO range to ISO 6400. That range can be expanded in 2 steps with the H1 option to ISO 6400 and H2 to ISO 12800. This matches the ISO range of the new 50D and is within one stop of the 25600 highest ISO featured on the new full-frame 5D mark II. This represents a real surprise in the entry segment, and is a 3-stop improvement over the ISO 100-1600 range of the current XSi. The AUTO shooting range is also increased to 100-1600 from the very limited 100-400 range of the XSi. 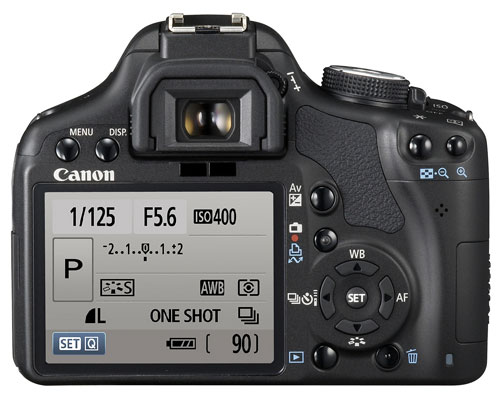 The rear of the camera features a 3” LCD as featured on the XSi, but looks do not tell the whole story. Resolution of the T1i screen is 920,000 dots instead of the 230,000 seen in the XSi model. Again this matches the best 3” screens on more expensive Canon models.

It is difficult to know the fate of a new camera introduction in the midst of a worldwide economic downturn. Certainly the T1i/500D is loaded with all the features that most buyers are looking for these days, and preorders at many dealers are at record levels for the new camera. The market will better tell us whether a new entry model can succeed in today’s difficult economic climate after the early wave of Canon faithful get their new T1i. The new replacement for the XSi is expected to begin shipping in the first half of May.

Photos of the new Canon T1i camera and the new low cost 270EX flash can be found on page 2. The Canon Press Announcement is on page 3.
Nikon D5000
Nikon has just announced a new mainstream model that will compete at about the same price point as the Canon T1i.  The Nikon D5000 will replace the D60 and ups the sensor resolution to 12.3 megapixels.  The screen is a smaller 2.7" and LCD resolution is lower at 230,000 dots, but the D5000 screen does tilt and swivel. AD conversion is 12-bit instead of the 14-bit of higher Nikon models and the Canon T1i, and highest ISO on the D5000 is 6400.  The D5000 does have video capabilities but they top out at 720p instead of the higher 1080p resolution capabilities of the Canon T1i.
On paper the Canon T1i is a more impressive entry, but things are never that simple in a Canon versus Nikon fight.  Nikon has not announced the availability date for the D5000, so it is expected to ship somewhat later than the Canon T1i.  You can expect head-to-head comparisons when both cameras are shipping and available in the marketplace.
Photos
Tweet
PRINT THIS ARTICLE
Comments Locked