Sometimes you just have to adhere to that old principle, "You need to spend money to save money." Well, I try that line on my wife about six times a year and usually it works at least once - maybe twice depending on how the kids are acting. It actually worked today (selling off a garage full of car parts helped a great deal from a budget viewpoint). I decided to upgrade a couple of computers in the home from the rather thermally challenged Phenom 9950BE to the cooler running and faster Phenom II before summer arrives.

Now, my first choice was the Phenom II X3 720BE as it just has that near perfect blend of performance and value, just like the Q6600 I am using right now to type this short story. I almost pulled the trigger on two of the 720BE processors last night but I am glad I waited. More like I had yet another setback in DDR3 testing as the Core i7 D0 stepping had turned our test results upside down (more on that later) and the last thing on my mind was an upgrade. Anyway, an interesting shoppers alert hit the email account this morning that featured the Phenom II X4 940 and now I am glad I was distracted last night. Not that I had an easy decision to make based on my thoughts about the 720BE, but in the end I decided a slightly higher clock speed and extra core outweighed the slight cost penalty and potential upgrade to DDR3.

If you check out our Bench analysis tool then you'll know AMD's quad-core Phenom II 940 is serious competition in terms of both price and performance to the similarly priced Intel Core 2 Quad Q8200. I already have a couple of really nice AM2+ motherboards from ASRock and ASUS in these systems along with 8GB of memory. That just leaves a CPU and video card as my last two items to upgrade in these systems before they are sealed up and left for the kids to use until the next great game or social networking site requires an upgrade.

Up first is the Phenom II X4 940 that is now priced at $168.99 with free shipping from ZipZoomfly. That's a terrific deal that's obviously influenced by AMD's preparations for their new 955/945 series, due out shortly. This a $35 premium over the 720BE, but considering the number of video/audio applications we utilize along with the constant need to have every messaging, social networking, and browser window open, a fourth core and increased speed is worth it for us.

Second up is the video card. Both machines have a Sapphire HD4850 512GB currently installed in them. Those cards are actually overkill for the typical SOHO system, but the kids like to game and with their new monitors now running at a 1920x1080 native resolution instead of 1440x900, a slight performance upgrade is required. This was a difficult choice, from both a budget perspective and the numerous cards available on the market. Yes, this is a great time to buy a video card geared towards the performance crowd. A HD 4870 1GB seemed like the natural choice considering the current price structure but the more I thought about it, the more a GTX 275 or HD 4890 made sense for the long run as these boxes would be locked up for two years or more.

I am reconsidering my choices now as a GTX 260-216 or HD 4870 1GB would have hit my price point and needs exactly as it turns out. I almost went that direction until I succumbed to that evil galactic force known as marketing. The motto "More Power" overcame the sensible side in me. After using both the HD 4890 1GB and GTX 275 cards in testing for the last week or so, I became more and more enamored with the GTX 275. It pains me to say that as I have not been a big fan of NVIDIA as of late, especially from a professional viewpoint (ah, the stories one could tell). Feelings aside, the GTX 275 is a nice bit of technology with excellent support from not only NVIDIA but developers as well.

I wanted to keep both the cards the same due to support reasons. Unfortunately, I cannot charge my kids $50 an hour for tech support so having the same setup makes sense for several reasons. Not only is upgrading the system's software easier from the home network server, but it also means my youngest daughter does not play the "he always gets better stuff than I do" card. However, in this case, it made sense to split up the choices.

One, I prefer to spread the money around to the various companies as competition is good, but also, my son is heavy into gaming. That means he always wants the latest game and at this point, NVIDIA just has better developer support than AMD. Also, he tends to experiment with the computer when it comes to video editing and encoding so the CUDA support planned or available is a bonus for him. That means a GTX 275 is going into his system.

The other machine has an edutainment usage pattern, although 3D gaming is also important. With that in mind and the fact that my daughter wants to setup a small home entertainment system in her room so she will not have to spend any more time than necessary with us (the joys of raising teenagers), meant an HD 4890 would be more than enough for her needs. The HD 4890 features 7.1 LPCM audio output, which fits perfectly with her new (well used in my test room) A/V receiver, something the NV cards are lacking at this time. 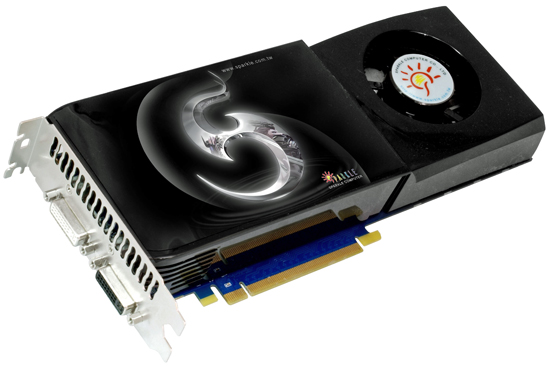 The purchasing decision for both cards really came down to price for the most part. While features, support, warranty, and availability were obviously important, knowing how both cards would be utilized meant I could focus on price. I ended up choosing the Sparkle GTX 275 at $259.99 with free shipping and Call of Duty: World at War, a game my son wants to play on the PC now (so I save $40 with this bundle) after spending very little time with it on the Xbox 360, except in Zombie mode. The PNY card is now offered with the same price and software bundle if branding is important. The ASUS card was also offered at the same price along with the same game software package but shipping was not free.

Figuring out which HD 4890 card to purchase was a bit more difficult as there were 14 choices compared to seven for the GTX 275. I was slightly biased as I already had an ASUS EAH4890 for testing at work and decided to go that route if possible or even pickup the TOP version of the card. Both cards had competitive pricing and excellent software bundles but free shipping was not included. Cards from HIS, MSI, Gigabyte, Sapphire, and PowerColor were all available at $249.99 with a $20 MIR along with Newegg throwing in an OCZ 4GB flash drive and free shipping. Any of the cards would be a good choice but after looking at the accessory kits, it came down to the MSI, Gigabyte, or Sapphire cards for our needs. In the end I picked the MSI OC HD 4890 card based on the slightly higher clock speeds compared to the other cards, not that it makes any real difference but it broke the tiebreaker.