The Bright Side: The Vertex is Nearly 3x as Fast

Immediately after I published the anthology, I asked OCZ for a shipping version of the drive. I wanted final hardware, updated firmware, shrink wrap, the whole 9 yards. Here’s what I got: 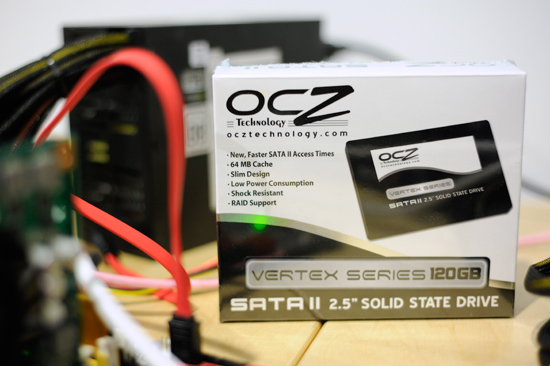 The drive itself looked identical to the first Vertex I tested, but the differences were all internal. The new drive used a new PCB layout, let’s pop the top off to see it: 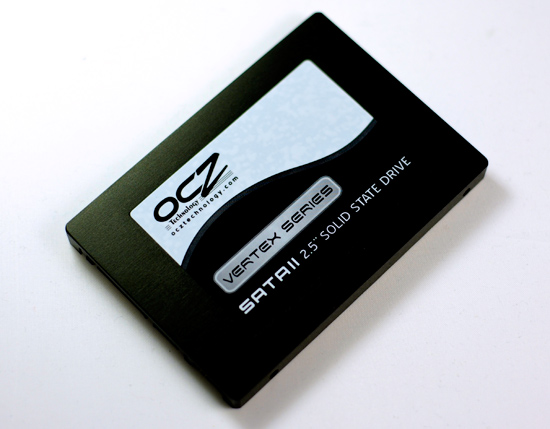 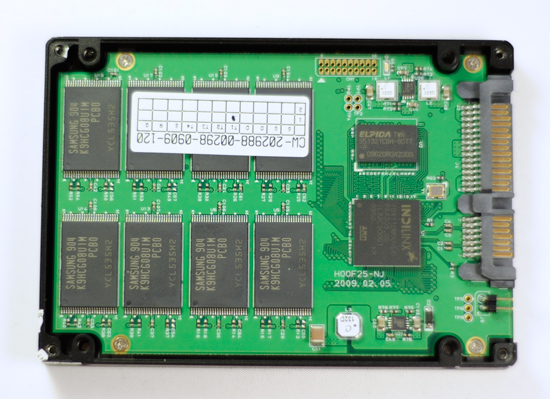 The major change on the new board layout is the addition of a 2-pin jumper on the back of the drive to allow the drive’s firmware to be updated by the end user. OCZ tells me that as of 1275, the jumper is no longer needed to update the firmware so it looks like it was a short lived change. 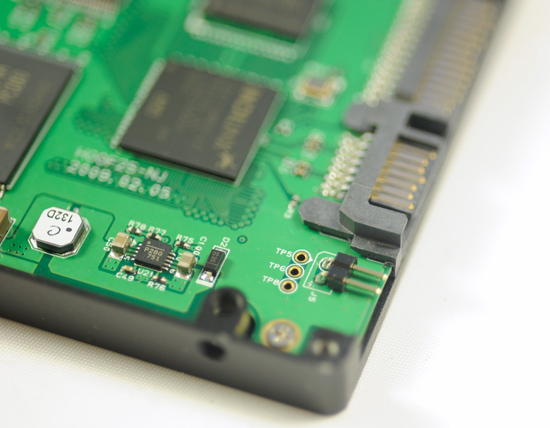 While OCZ claims that there’s significant validation done on each firmware revision, without a doubt it’s significantly less than what every Intel and Samsung drive goes through. There’s a certain amount of risk you take when jumping on the unproven hardware bandwagon, so as always proceed with caution. It’s worth looking into

While I haven’t done much testing on 1275, I can’t blame you if you want to try the firmware out right away because it is good.

I’ll start with the best news first. I looked at 4KB random write performance once again using iometer. This test is the same one I used in last week’s review; a 3 minute run, 3 outstanding IOs, 4KB random writes spread out over an 8GB section of LBAs. I filled the drive completely before running the test. 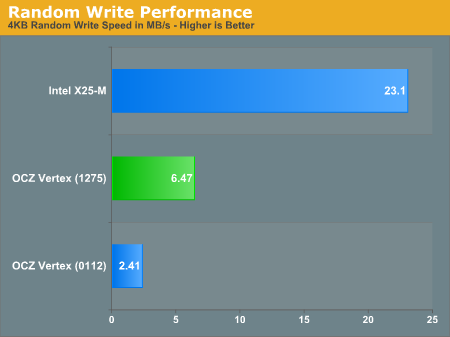 Yeah. It’s fast. Not quite as fast as Intel’s X25-M but it’s good. Average latency has dropped quite a bit. The Vertex using firmware 1275 performs used at about the level that the original firmware performed brand new. The Intel drive can still crunch through over 3.5x the number of IOs per second as the Vertex, but it also costs nearly 2x per GB. The Vertex proves itself an interesting value alternative.

I then looked at random read performance. Now most SSDs do just fine here, even the JMicron based ones. 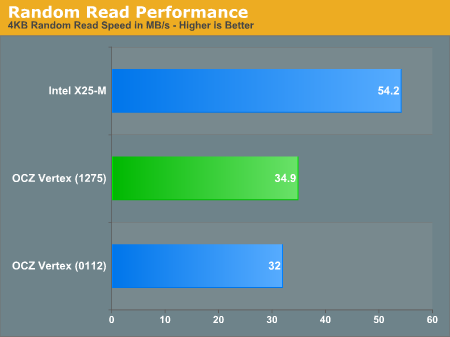 The new firmware bumped up the Vertex’s performance by about 9%.

I spoke briefly with one of OCZ’s flash engineers and it seems like the reason the 1275 firmware is so much faster in random write speed is because of a bug in the 0112 firmware I tested with. There was apparently a problem with the 0112 firmware that prevented the controller from writing to as many flash devices as possible in parallel. The 1199 firmware fixed this, which explains why the sudden rush to ship the firmware. Unfortunately it looks like that version also has problems and thus we end up back at square one again. There’s no free lunch folks. 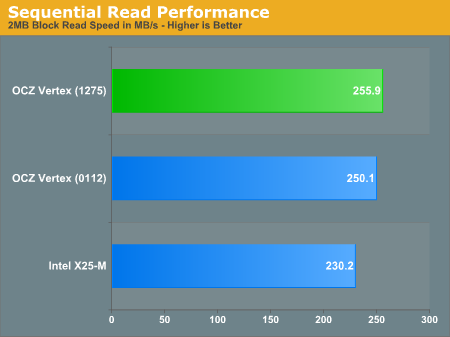 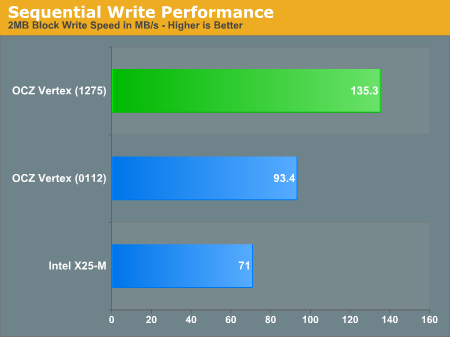